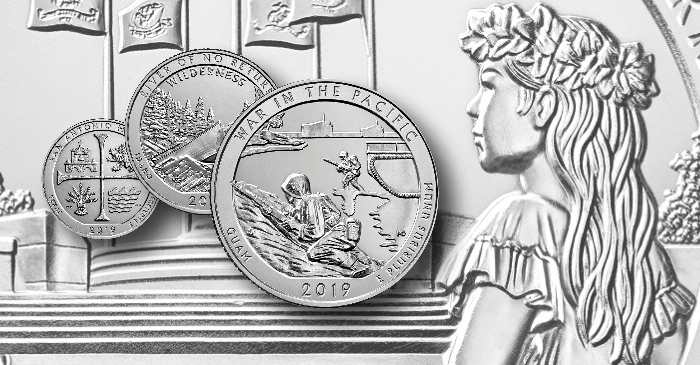 (Pelham, AL) — The United States Mint is randomly issuing rare and valuable quarter dollars into circulation this year. The coins are found in regular pocket change and can be worth hundreds of dollars each, according to the senior editor of the Guide Book of United States Coins, the best-selling price guide on American coinage. 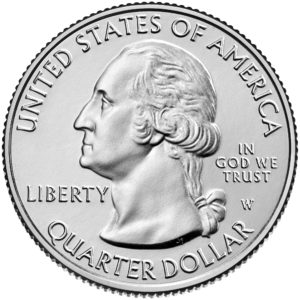 The “W” mintmark, below IN GOD WE TRUST, shows that this rare and valuable coin was struck at the West Point Mint. Hover to zoom.

Only two million of each of the five 2019 quarter dollars will feature the “W” mintmark of the famous West Point Mint, known as the “Fort Knox of Silver” because of its precious-metal vaults. Although this might seem like a lot of coins, it represents only one out of every 200 or so 2019 quarters. They are being distributed to banks and financial institutions through the Federal Reserve system, mixed in with their more common Philadelphia Mint and Denver Mint counterparts. 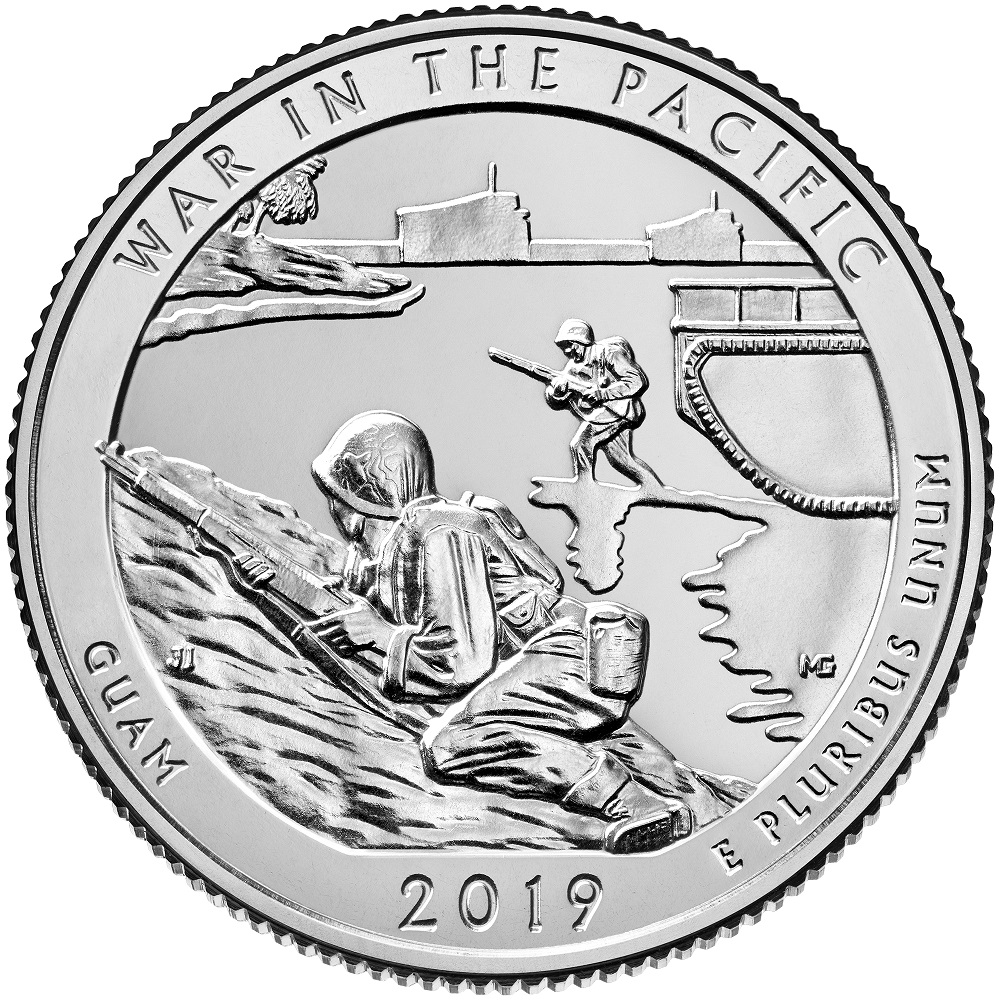 War in the Pacific National Historical Park, Guam. A park set aside to remember the battles that raged in the Pacific Theater of World War II, and the bravery and sacrifices of all who participated in those battles, Japanese as well as Allied.

“If the Guide Book went to press today, we would list the coins around $25 each in average Mint State condition, based on feedback from coin dealers around the country,” said Jeff Garrett, senior editor of the Guide Book of United States Coins. “Higher-grade ‘gem’ examples have sold for hundreds of dollars.” Garrett estimates that demand for the coins will rise as more and more collectors need them to complete their collections. 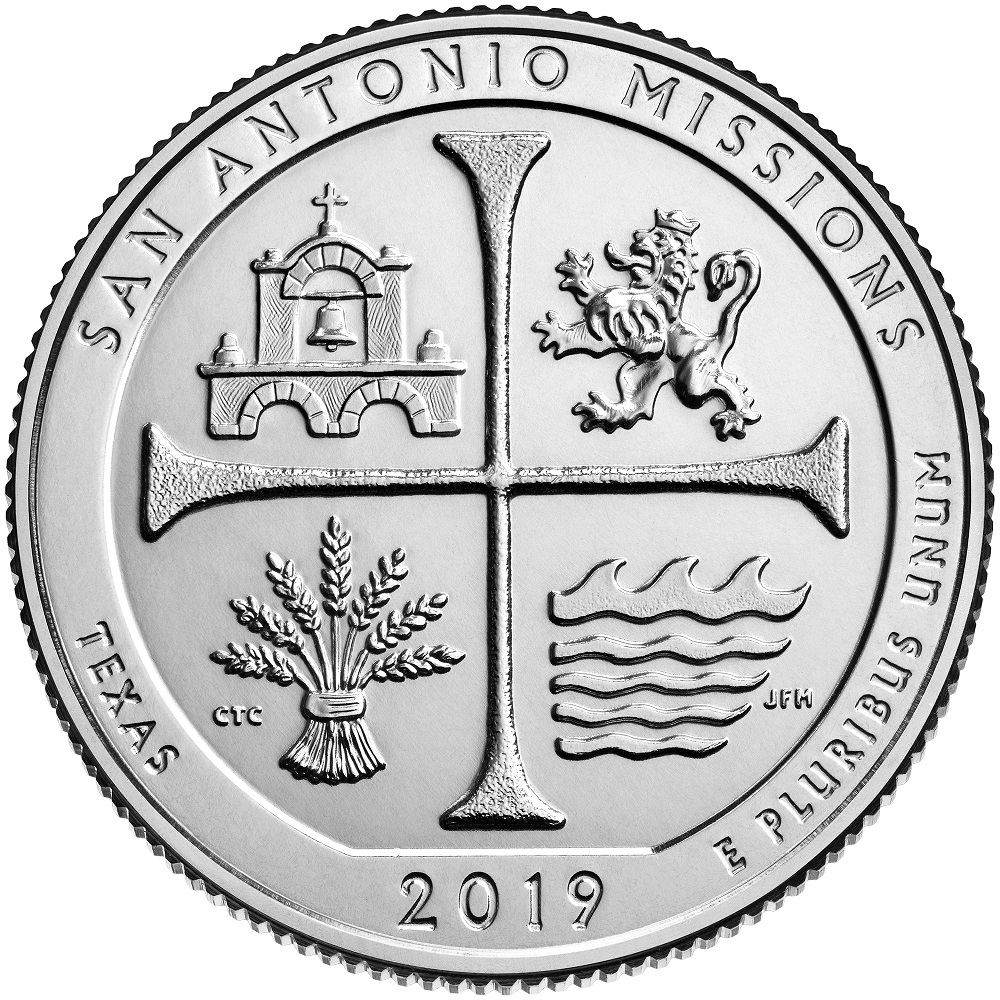 The 2019-W quarters will be featured in next year’s edition of the Guide Book. By that time their market prices should be well established, according to Garrett. 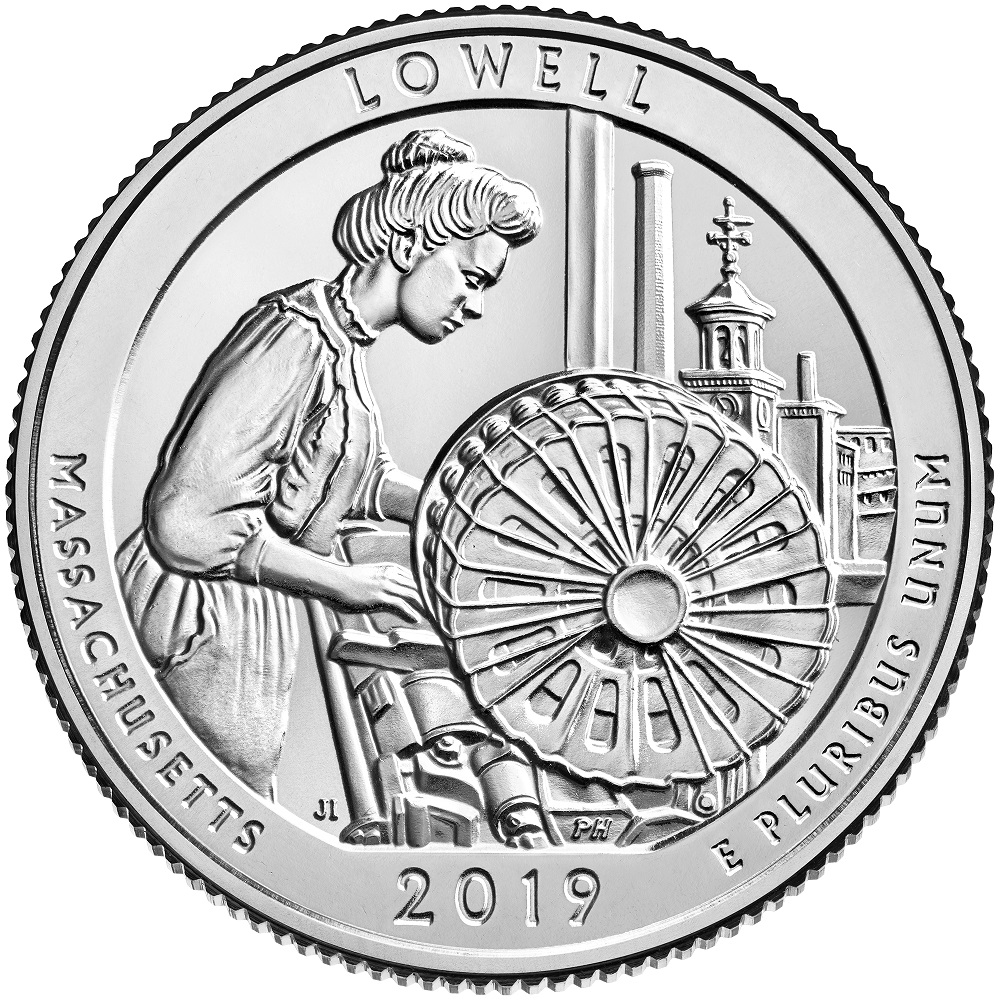 Lowell National Historical Park, Massachusetts. Sites in and around the city of Lowell, Massachusetts, relating to the Industrial Revolution and its importance to the American textile industry, technology, social progress, planned communities, and the education and protection of workers.

“These are the first and only modern rarities deliberately placed into circulation by the Mint,” said Q. David Bowers, the Guide Book’s research editor. “Most 2019 quarters struck for day-to-day commerce will be made at the Philadelphia and Denver mints. Last year nearly two billion quarters were struck in total. The West Point mintages are truly small in comparison.” 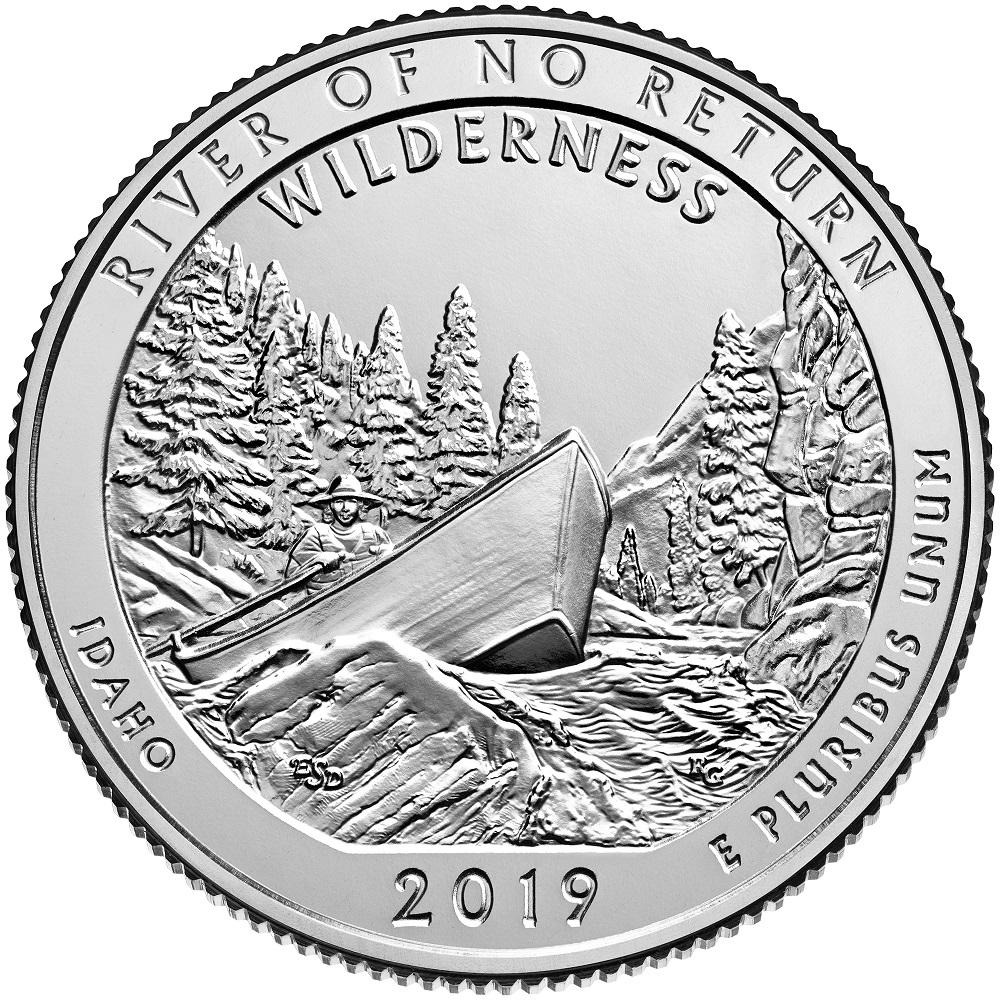 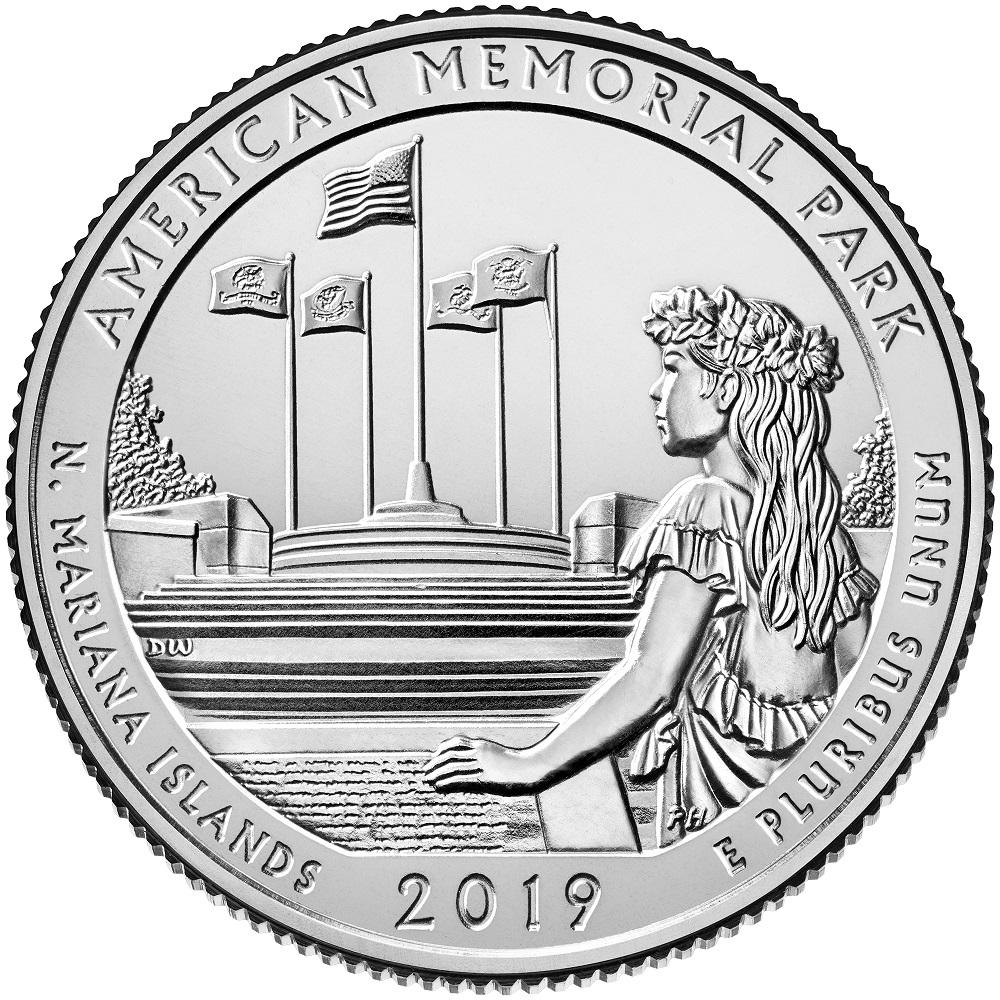 The Guide Book of United States Coins, popularly known as the “Red Book” for its cover color, has been published since 1946, with more than 24 million copies in print. Coin collectors consider it “the Bible of the hobby.” The 73rd edition is available now online and at booksellers and hobby shops nationwide, in formats including hardcover, softcover, spiralbound, and Large Print.

The 73rd edition of the Red Book is available online and at bookstores and hobby shops nationwide. Whitman Publishing offers a Large Print Edition and several formats of the regular edition (hardcover; spiralbound softcover; and spiralbound hardcover). For more information and to order, visit Whitman Publishing here.

Whitman Publishing is the world’s leading producer of numismatic reference books, supplies, and products to display and store coins and paper money. The company’s high-quality books educate readers in the rich, colorful history of American and world coinage and currency, and teach how to build a great collection. Archival-quality Whitman folders, albums, cases, and other holders keep collectibles safe and allow them to be shown off to friends and family.

Whitman Publishing is the Official Supplier of the American Numismatic Association. As a benefit of membership in the ANA, members can borrow the Red Book (and other Whitman books) for free from the Association’s Dwight N. Manley Numismatic Library, and also receive 10% off all Whitman purchases. Details are at the website of the ANA. 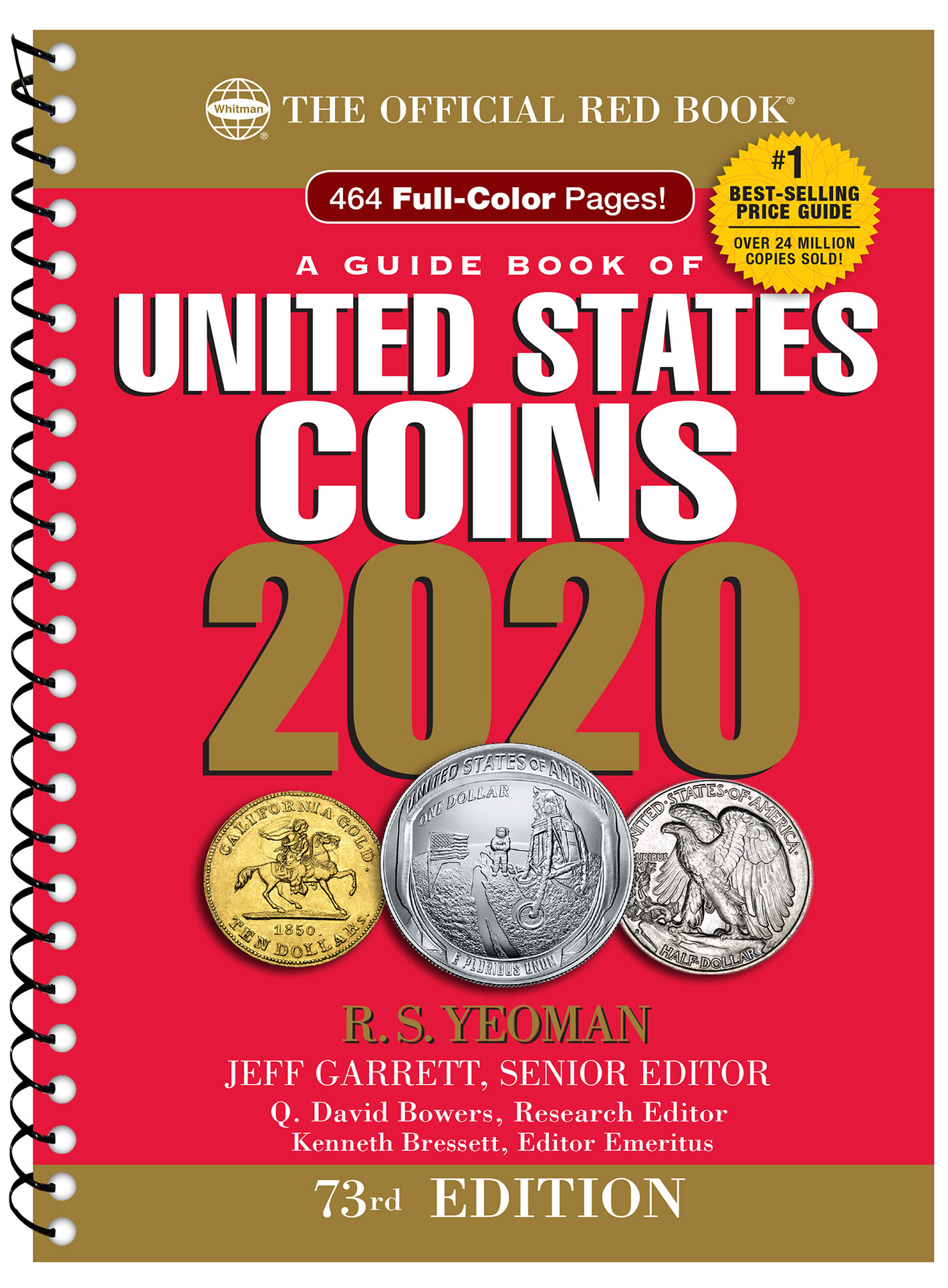 The 73rd edition of the Guide Book of United States Coins (the “Red Book”).