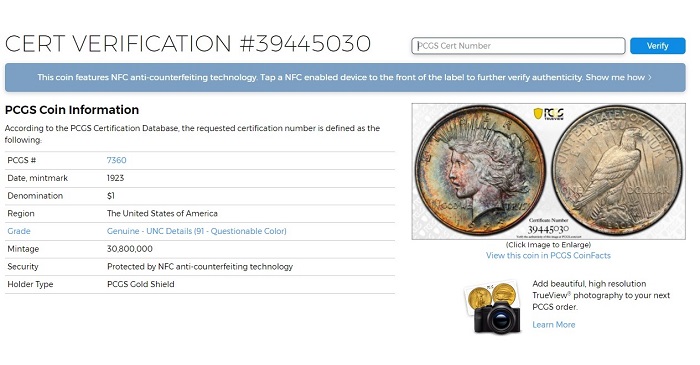 For years now I have been having issues with artificial toning designations from NGC and, more recently, questionable color designations from PCGS. However, unlike other numismatic writers who simply make an accusation, I always set out to prove my case factually.

Concerning the 1923 Peace dollar with truly exceptional toning, I was irritated that PCGS graders at Economy level would consider that potentially artificial. Of course, I realize that Peace dollars seldom tone like this. Unlike Morgan dollars, the silver used in these planchets was of a different metallic consistency so rainbow toning is rarer. Thus, it is often easier to dismiss toned Peace dollars as artificial because of that fact. But silver does tone over time, and increasingly we’re seeing more holdered rainbow Peace dollars.

I collect these rarer types.

So I sent the coin to NGC and received an MS-62 designation. 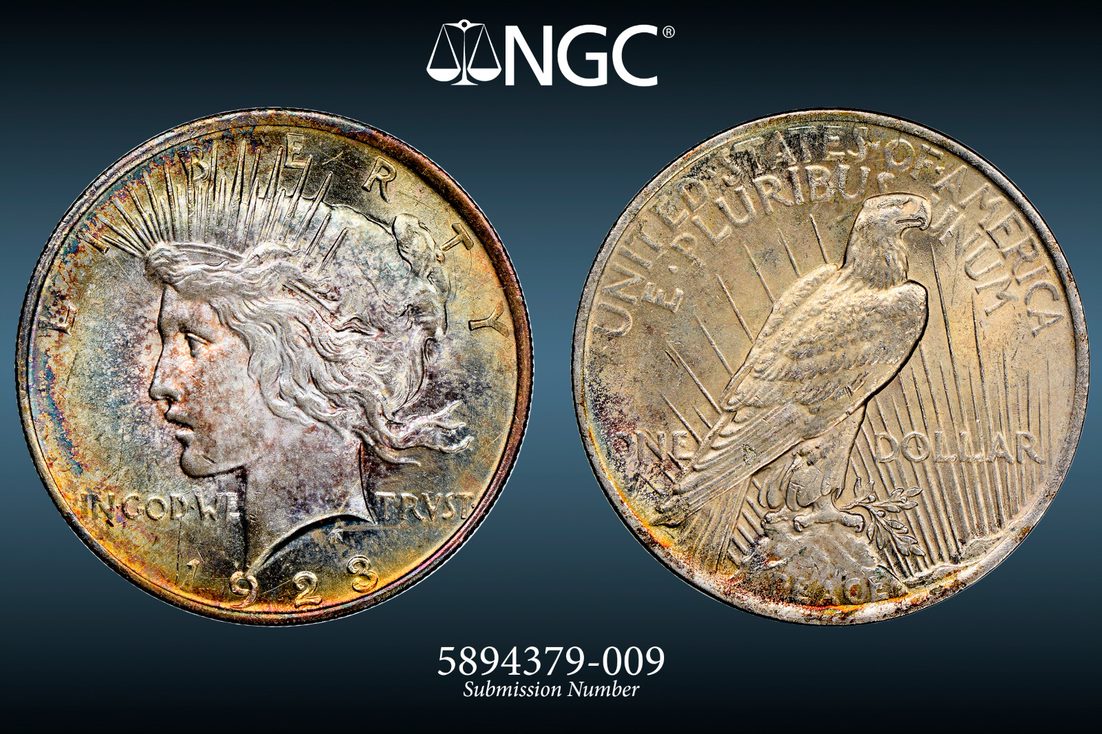 I had some PCI American Silver Eagles to cross over to PCGS, so I included the NGC MS-62 dollar with them. Lo and behold, PCGS designated the coin as MS-62.

Those who follow my columns know that I also typically resend PCI Morgan dollars a few times to PCGS before I get the proper designations. I wrote about that here.

I’ve had better success submitting to PCGS Standard rather than Economy level crossover, as the linked article illustrates, and also better luck when submitting coins in PCI holders rather than crack-outs.

I did crack out this coin because I had a raw coin submission going to PCGS at Economy level. Again, I got the Questionable Color designation.

That color pattern is distinctly PCI natural toning. View this video to see how other similar coins were holdered by PCGS, which still has difficulty being consistent when it comes to Morgan dollars and PCI target toning, impossible to mimic believably with chemical artificial toning.

Let’s end this column by playing a little game. In the video, you will see three Morgan dollars with the same toning. Two have been slabbed as Mint State and one as Questionable Color. Can you pick the right coin?