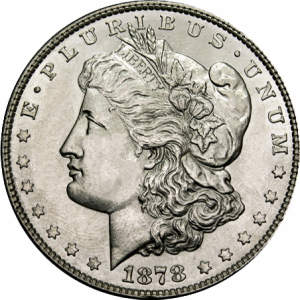 Q:  Why is it that no traditional silver dollars were coined for circulation after 1935?

A:  Throughout its long and vexatious history, the U.S. silver dollar was never essential to the welfare of the domestic marketplace. In our nation’s early days, it was principally utilized to ship abroad in quantity to pay for imports. In the latter part of the 19th and early part of the 20th centuries it served chiefly as a subsidy for the Western silver mines.

Subsequently, it was justified solely by the Silver Certificate redemption pledge which stipulated: “…there has been deposited in the Treasury… One Silver Dollar payable to the bearer on demand.” When that obligation was changed after 1935 to read, “…One Dollar in Silver payable to the bearer on demand,” that need vanished, for thereafter (until 1967 when the tie between silver and our circulating currency was completely severed) silver bullion on deposit became legally sufficient backing.