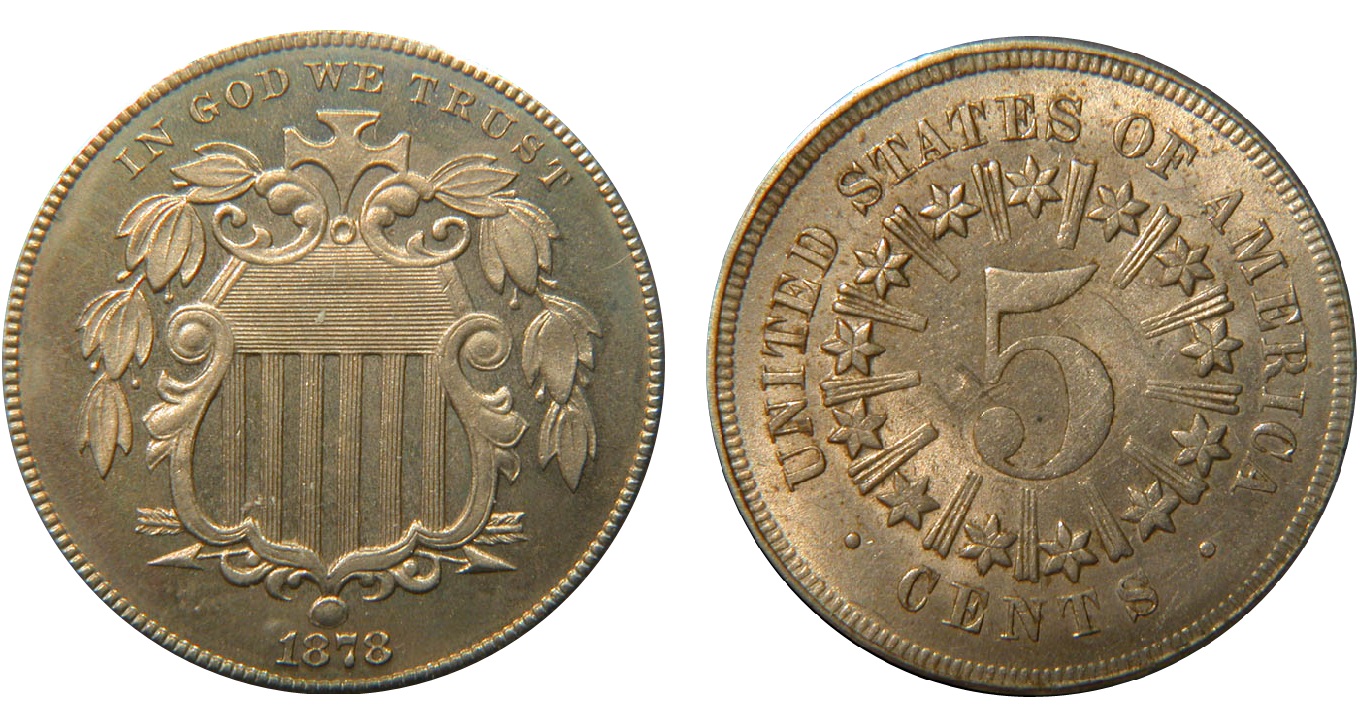 Q: Why did the United States begin producing nickel five-cent coins in 1866 when they had been, and still were, coining silver half dimes?

A: The onset of war, with its requirement of vast expenditures of money and the orientation of priorities for non-consumer goods, traditionally creates inflationary monetary conditions. Early in 1862, all metallic currency began to disappear from circulation. Citizens, anticipating an increase in bullion values, began hoarding gold and silver coins and even the lowly cent, whose metal content was 88 percent copper alloyed with 12 percent nickel. In 1864 the weight of the coin was reduced by one-third, with a new alloy comprised of 95 percent copper and 5 percent tin and zinc (this remained the standard for the cent until 1962, when the tin was eliminated, with the switch to a copper-plated zinc planchet being affected in 1982), which effectively reduced the copper content in the coin to about 28 percent. As the silver half-dime was an essential denomination in everyday commerce, it was actually among the first coins to vanish from circulation, despite dramatically increased productions in 1861 and 1862. For the next four years only modest quantities were produced at the Philadelphia Mint, but in quantities five times as great at the San Francisco Mint, as in the far west the coins tended to maintain circulation rather than being withdrawn. It was determined to introduce a five-cent piece of non-precious metal in 1866 (75 percent copper, 25 percent nickel) of five grams weight (3.75 grams copper; the copper weight of the cent was about 3.58 grams) that would discourage hoarding and satisfy an essential need of commerce east of the Mississippi, specie payment having been suspended as a consequence of the Civil War. The coin was produced in massive quantities for the time—90,864,445—from 1866 through 1869, all at the Philadelphia Mint, a quantity that is 2.5 times as great as cent production over the same period; comparatively, only a combined 1,719,000 dimes, 330,200 quarters, and 6,413,100 half dollars were produced in Philadelphia and San Francisco in those years.

The 1920 Maine Centennial half dollar