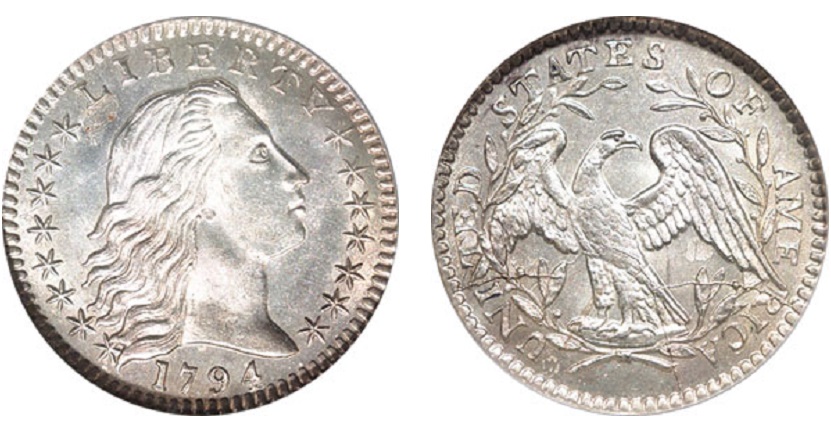 Q: Jefferson and Hamilton favored the copper half cent as a coin useful to the poor. Who argued for the inclusion of a silver half dime among the early coinage denominations, and what was his argument?

A: On September 28, 1790, Thomas Paine, political theorist and propagandist for the American Revolution, proposed to Jefferson that a silver five-cent piece be included in the nation’s coinage system, then in its preliminary planning stages. In Paine’s view, copper coins were but tokens required by convenience, having no real value. He argued that copper should be “excluded as much as possible” from the nation’s coins, and that a small silver coin should be available to those who wished to minimize their possession of copper.