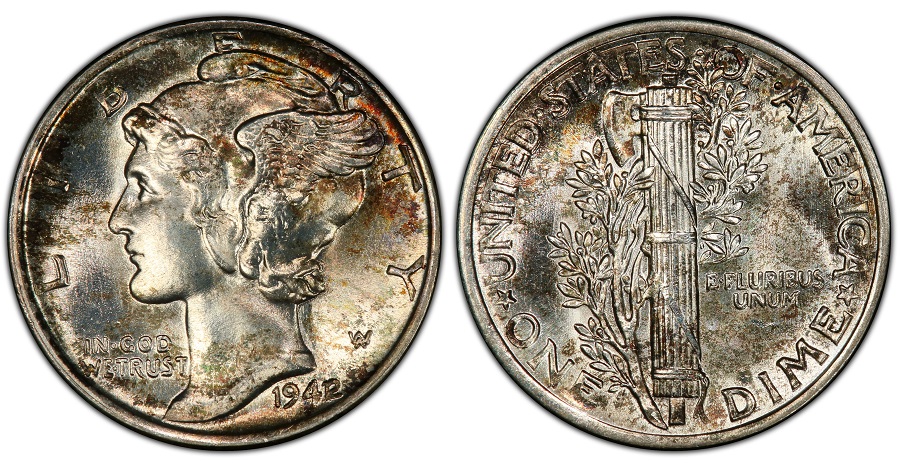 A: Two major “overdate” Mint errors exist for 1942, one from the Philadelphia Mint and one from the Denver Mint. Both were produced when production dies in the preparation process were first sunk with a 1941-dated hub die and then, by accident, finished with 1942 hub dies. The result was working dies with a “2” sunk over the “1” of the date. An unknown number of dimes were struck with the production dies before the error was detected. The Philadelphia Mint overdate is the more distinct and scarcer of the errors, with the “1” closing the loop on the “2.” On the Denver Mint overdate, the “1” is barely discernible. On both errors doubling of the “4” in the date is reasonably discernable as well, and in the latter instance is the most discernible feature evidenced. While both errors are relatively equal in value in circulated grades, in choice condition, the Philadelphia error carries a significantly higher premium than does the Denver error. 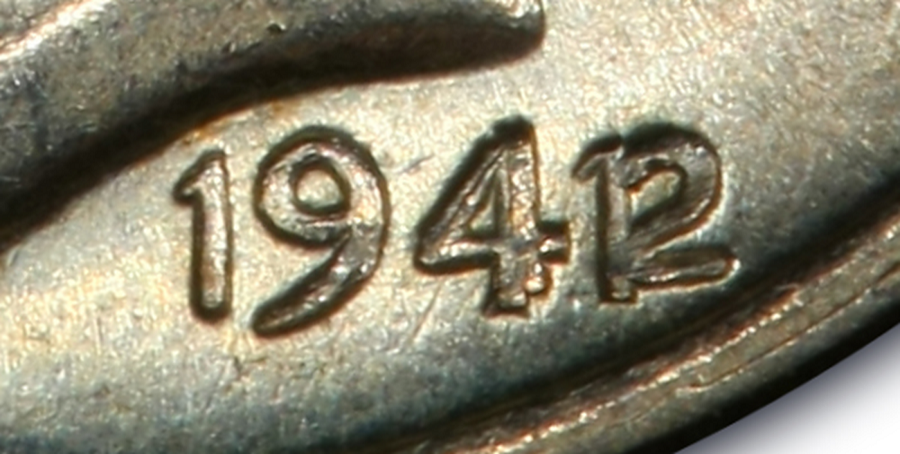 Close-up view of the overdate. Image by PCGS CoinFacts.

A: The “S” mint mark on some of the 1945-S dimes is significantly smaller than that appearing on normal 1945 dimes struck by the San Francisco Mint. This was caused by the “S” having been stamped into the working die with a much smaller type punch than normally employed. There are a number of other mint-marked dimes in the Mercury dime series that boast large and small mint mark varieties—the 1928-S, 1934-D, and 1941-S, in particular—as well as quarters and half-dollars of the same era.

Bowers on collecting: Suddenly it is 1861!