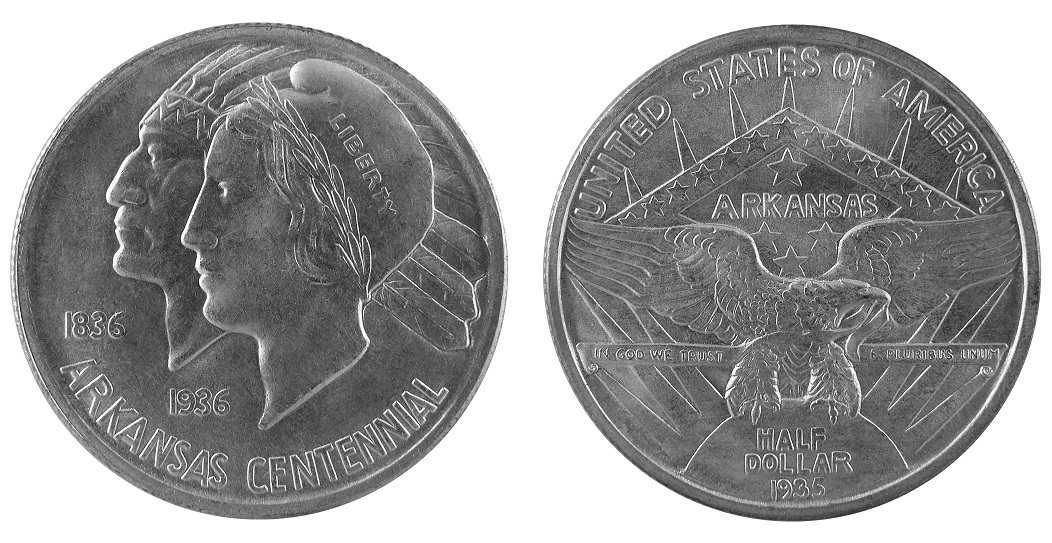 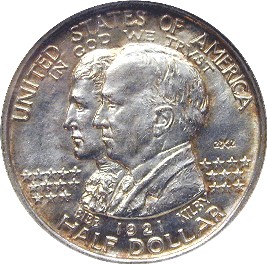 A: It is neither the only nor the first. The first living person to be portrayed on a coin of the United States was Governor Thomas E. Kilby of Alabama. His portrait and that of William Bibb, the first governor of Alabama, appeared on the 1921 Alabama Centennial half dollar. However, the Arkansas coin projects other unusual features. Although it bears the date 1936, it was not issued until 1937. The enabling act passed on June 26, 1936—regular Arkansas halves were first minted in 1935 and continued to be minted annually through 1939—stipulated a change of design on the reverse of the coin, with the side bearing the coining date, as opposed to the date of the commemoration, which was 1936, specifying that side as the obverse. Collectors have generally been unimpressed with that bit of legalese. . . they generally refer to the portrait sides of both versions as the obverse.

Q&A: Is any particular course available to teach me the “know-how” of coin collecting?