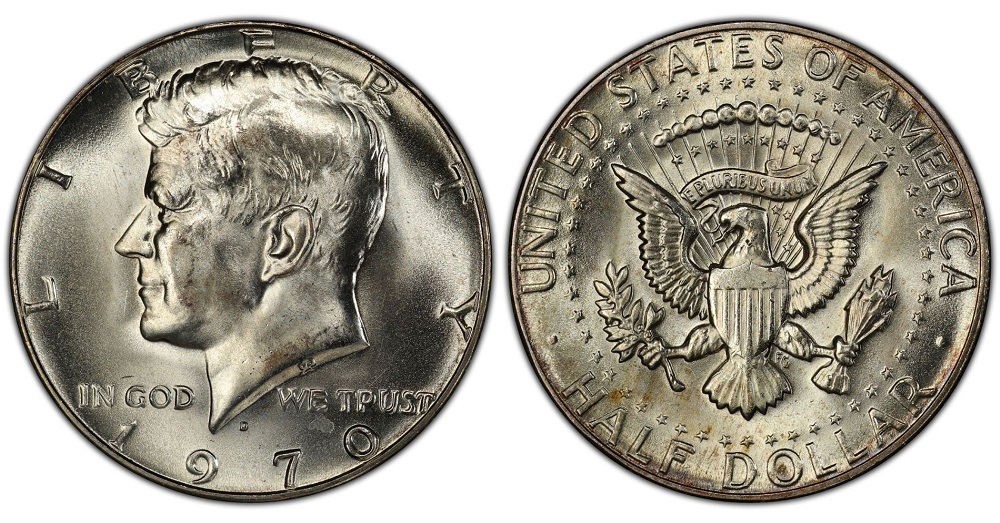 Q: I’d like to add a 1970 half-dollar to my collection, but I don’t want to pay the price dealers are asking for the Uncirculated and Proof versions. Why don’t they offer circulated specimens of this issue?

A: This is a coin that was never released to the public, so any specimen not Uncirculated or better would be a mishandled collector coin or one which was accidentally placed in circulation. Actually, in this particular case, a collector encountering a circulated specimen of this coin would have himself a truly rare coin, although its value would certainly be less than that of a reasonably well preserved Uncirculated or Proof specimen.

Only 2,150,000 regular issue half-dollars were struck in 1970, all at the Denver Mint, to provide a half-dollar for inclusion in the Mint Sets of Uncirculated coins assembled for sale to collectors. None of the 1970-D half-dollars were released to circulation because of the inability to maintain even a half-dollar of only 40 percent silver content in circulation, even though bullion value of the coin did not exceed its face value until silver approached the $3.40 per ounce level. The production of half-dollars for circulation was suspended from 1969 to 1971, when enactment of the Law of December 31, 1970, authorized the production of the cupro-nickel clad half-dollar to the like standard of dimes and quarters. Nicely preserved examples of the 1970-D Uncirculated half-dollar command a somewhat higher premium than do 1970-S Proof specimens, of which a somewhat greater quantity of 2,632,810 were struck.

Q&A: What is the real story behind “The King of American Coins?”