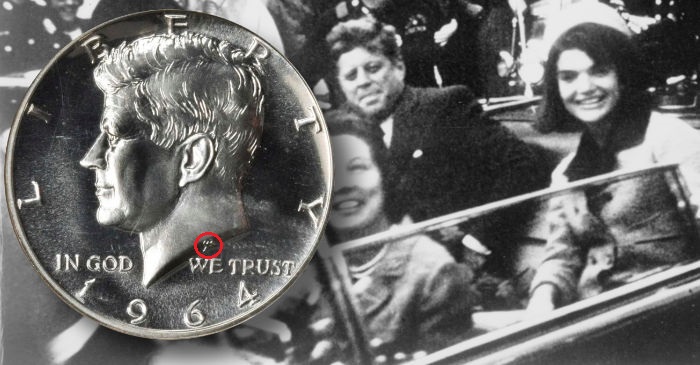 Q: A friend told me the slight bulge along the line of Kennedy’s neck on the half-dollar is intended to represent the point at which the bullet from the assassin’s rifle hit our late president. Is that true? 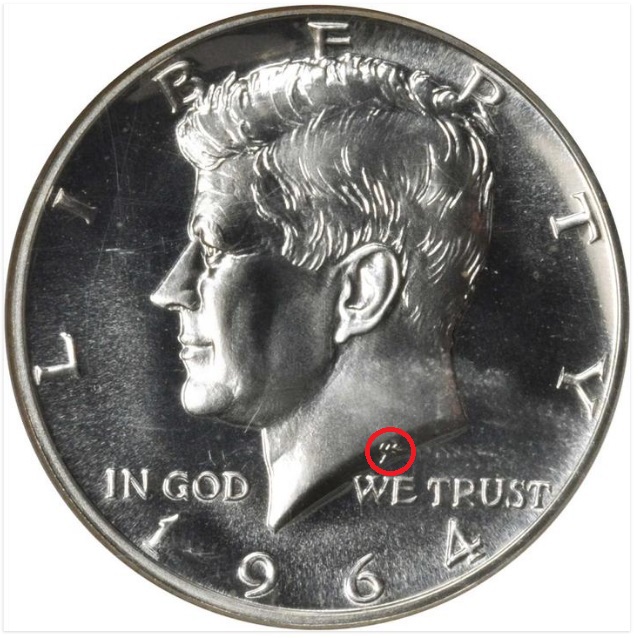 A 1964 Kennedy half dollar with the engraver’s initials circled in red. The initials are often mistaken as a depiction of the bullet wound that ended the late president’s life. Hover to zoom. Image courtesy of Stack’s Bowers Galleries.

A: Absolutely not. On many specimens of the coin, the feature you are calling attention to, which appears on the truncation of the bust just above the word WE in the IN GOD WE TRUST legend, appears quite indistinct. It represents, however, the stylized initials of the coin’s designer, Gilroy Roberts, then chief sculptor-engraver at the U.S. Mint in Philadelphia. It should also be mentioned that a conspiracy theory sometimes advanced maintains that this is a representation of the Soviet Union’s hammer and sickle symbol.

Q: I enjoy using my coins as conversation pieces when I entertain guests. I there anything interesting I can say about the rather common Kennedy half-dollar? 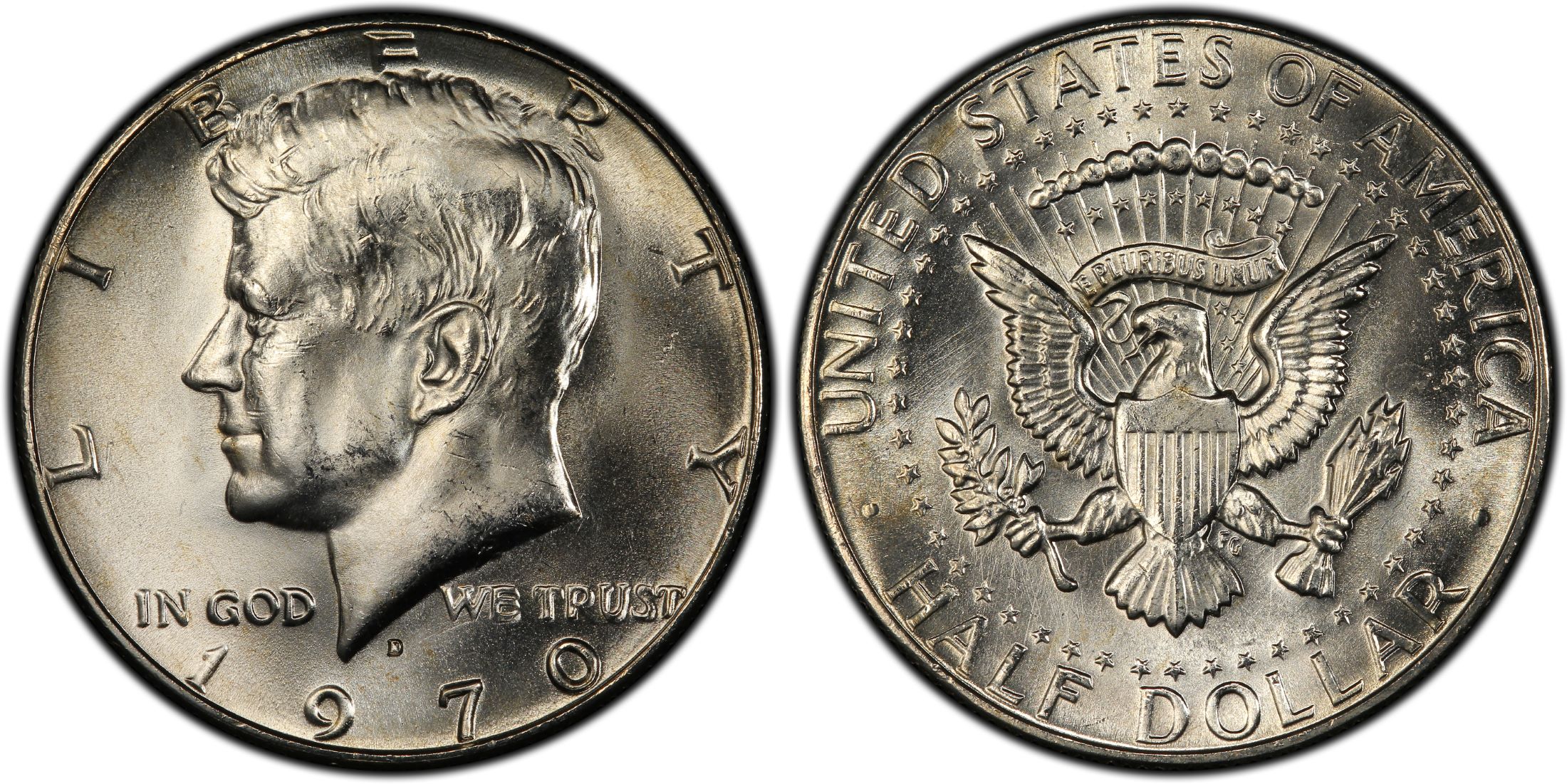 A: Few modern coins are more suited to your purpose. Only 24 days elapsed between the time President Lyndon B. Johnson asked Congress to authorize the striking of Kennedy half-dollars and the first dies were completed at the Philadelphia Mint for Proof coinage production. Two skilled Mint engravers collaborated to design the Kennedy half-dollar, neither of whom had time to create an original design for his side of the coin. Chief Engraver Gilroy Roberts modeled his likeness of Kennedy for the obverse after that of the Treasury Department Presidential Medal. For the reverse, Assistant Engraver Frank Gasparro adapted a rendering of the Presidential Seal that had been featured on the Kennedy issue in the Treasury’s U.S. Presidents medal series.

The Kennedy half-dollar bears the initials of the two engravers, Gilroy Roberts’ GR monogram being presented on the truncation of the bust on the obverse and Frank Gasparro’s initials between the left talon and the tail feathers of the eagle on the reverse. While many U.S. regular coins carry the initials of the artists who rendered the designs, Roberts became only the third designer to sign his work with a monogram, the others being Anthony De Francisci on the Peace Dollar and Augustus Saint-Gaudens on the Double Eagle. In his participation as designer of the reverse of this coin, Gasparro for the second time shared his signature on a coin with another designer, having become the first to do so in 1959 when he designed the Lincoln Memorial reverse introduced on Victor D. Brenner’s cent in tribute to the 150th anniversary of Lincoln’s birth.


Although it is a relatively recent addition to the more than two-century-old regular-issue coinage of the United States, the Kennedy half-dollar has already garnered several distinctions within the run of half-dollar production which commenced in 1794. Just over 10 years into its existence, it was employed as a commemorative in 1975–1976 when the Bicentennial-theme representation of Independence Hall designed by Seth Huntington was mated to the Roberts obverse. Thus far, the Kennedy half-dollar has been issued in three metallic varieties—as a .900 fine silver issue in 1964, and also since 1992 in the silver Proof sets; as a silver clad composite netting out to .400 fine silver from 1965–1970, along with 11 million Uncirculated and 4 million Proof examples of the 1776–1976 Bicentennial issue; and cupro-nickel clad copper since 1971—and with mint marks appearing on both the reverse (1964 only) and the obverse (since 1968). More examples of the Kennedy half-dollar were produced during the first nine years of its existence—in excess of two billion—than the total combined production of half-dollars through the previous 170 years.