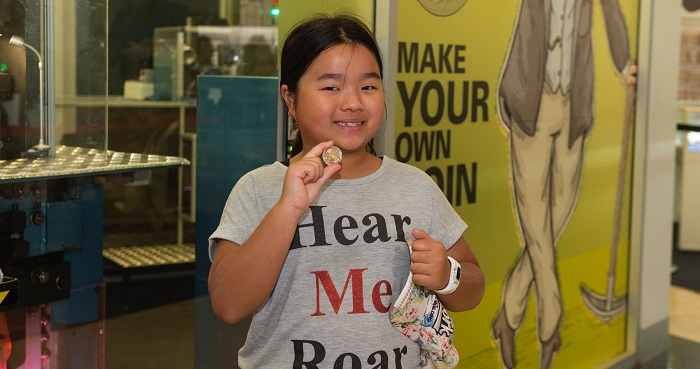 In extraordinary circumstances, Caitlin Pang, whose father Chee Fui Pang won the Last Coin of 2019, was the lucky winner to strike the first coin in the world for 2020 at the First Coin of the Year Event.

The public saw international history made at the Mint this morning, as a part of the Mint’s exciting annual tradition, the first 100 people lined up to strike the first coins of 2020 in the world.

The event saw 400 eager members of the public, including collectors and coin enthusiasts, waiting hours to observe the unveiling of the Mint’s new theme for 2020, entitled “Eureka! Australia’s Gold Rush.”

“The Mint’s new theme for 2020 celebrates the contribution made to Australia’s development by new and growing communities during the gold rushes,” said Mr. MacDiarmid.

“This is the third and final year of a three year series of themes focused on colonial Australia, following the Mint’s 2019 theme The Bold, The Bad, and The Ugly — Australia’s Wild Colonial Bushrangers and 2018 theme Rascals and Ratbags — Australia’s Convict Era,” he said. 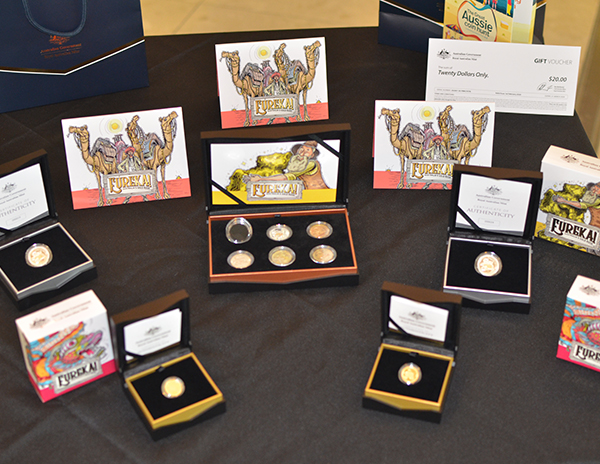 The newly released 2020 Gallery Press and Mintmark Suite coins are Australian legal tender and mark the discovery of gold in Australia, which helped to transform colonies into thriving cities, old penal settlements into places of shining opportunity, and launched a rush towards federation. Each coin’s packaging in 2020 Gallery Press and Mintmark Suite also includes captivating stories around the theme of the Australian Gold Rush.

The first person in line received the first coin from the coin press accompanied by a certificate number one, a mintmark and privy mark set, as well as a silver Proof version. The first 100 members of the public received a certificate authenticating their place in the line.