Dallas, Texas (April 10, 2018) — A rare Proof specimen of the 1836 Classic Head Quarter Eagle and an extraordinary 1915-S Panama-Pacific Round $50 Gold Piece are among the rarities highlighting Heritage Auctions’ seven sessions as the official auctioneer of the Central States Numismatic Society Convention, April 25-28 in Schaumburg, Illinois.

“An estimated seven examples of the 1836 Classic Head Quarter Eagle are presumed to exist in various grades,” said Greg Rohan, president of Heritage Auctions. “The Proof offered in our Platinum Night Auction claims the most illustrious pedigree of any other known specimens, with ownership tied to famous numismatists Lorin G. Parmelee, John Mills, William H. Woodin and Louis Eliasberg, Sr., among others.”

The Central States auctions include a plethora of early copper, early type, gold, patterns, and silver rarities, with an emphasis on rare Proof and branch mint gold and patterns. Heritage’s Platinum Night session, featuring some of the finest numismatic material, is April 26, with live bidding at the convention and online. 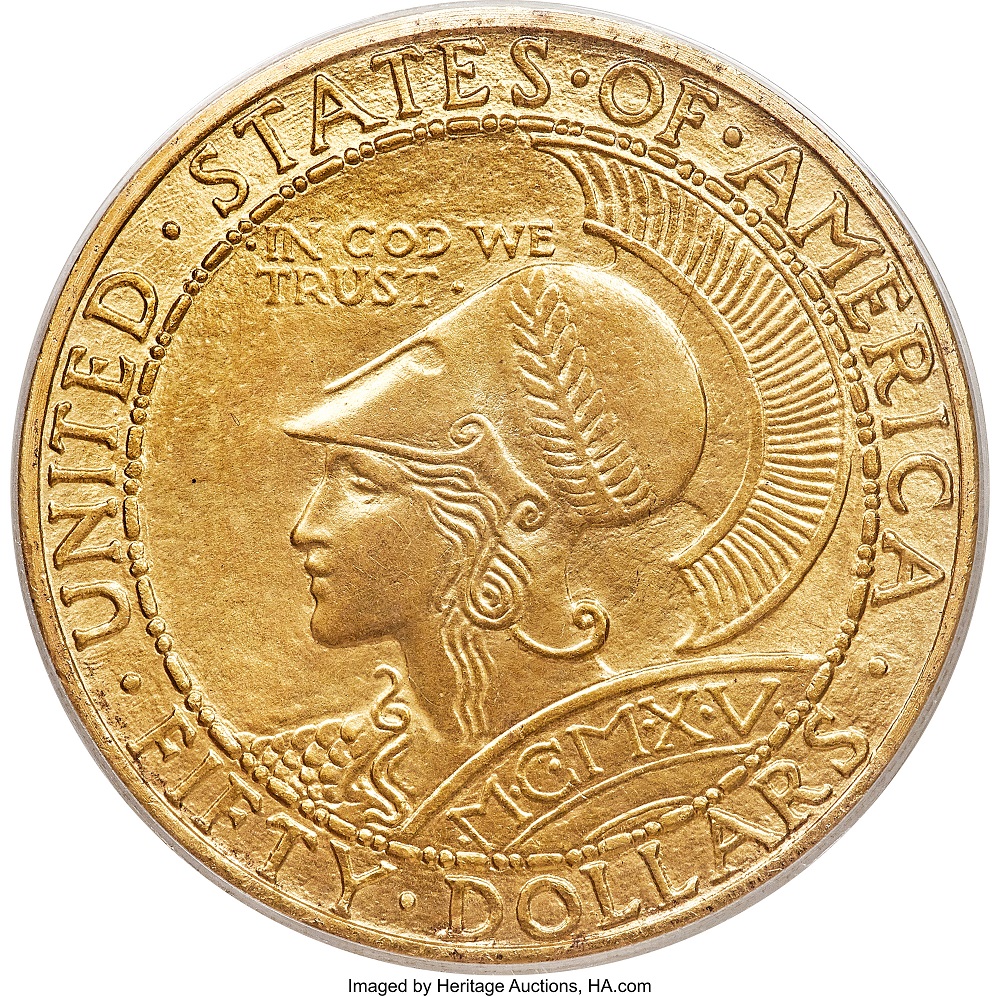 The highly anticipated 1915-S Panama-Pacific Round $50 Gold Piece, MS-66. CAC. presents collectors one of the U.S. Mint’s most sought-after classic commemoratives and the first PCGS-graded Premium Gem to appear at Heritage. 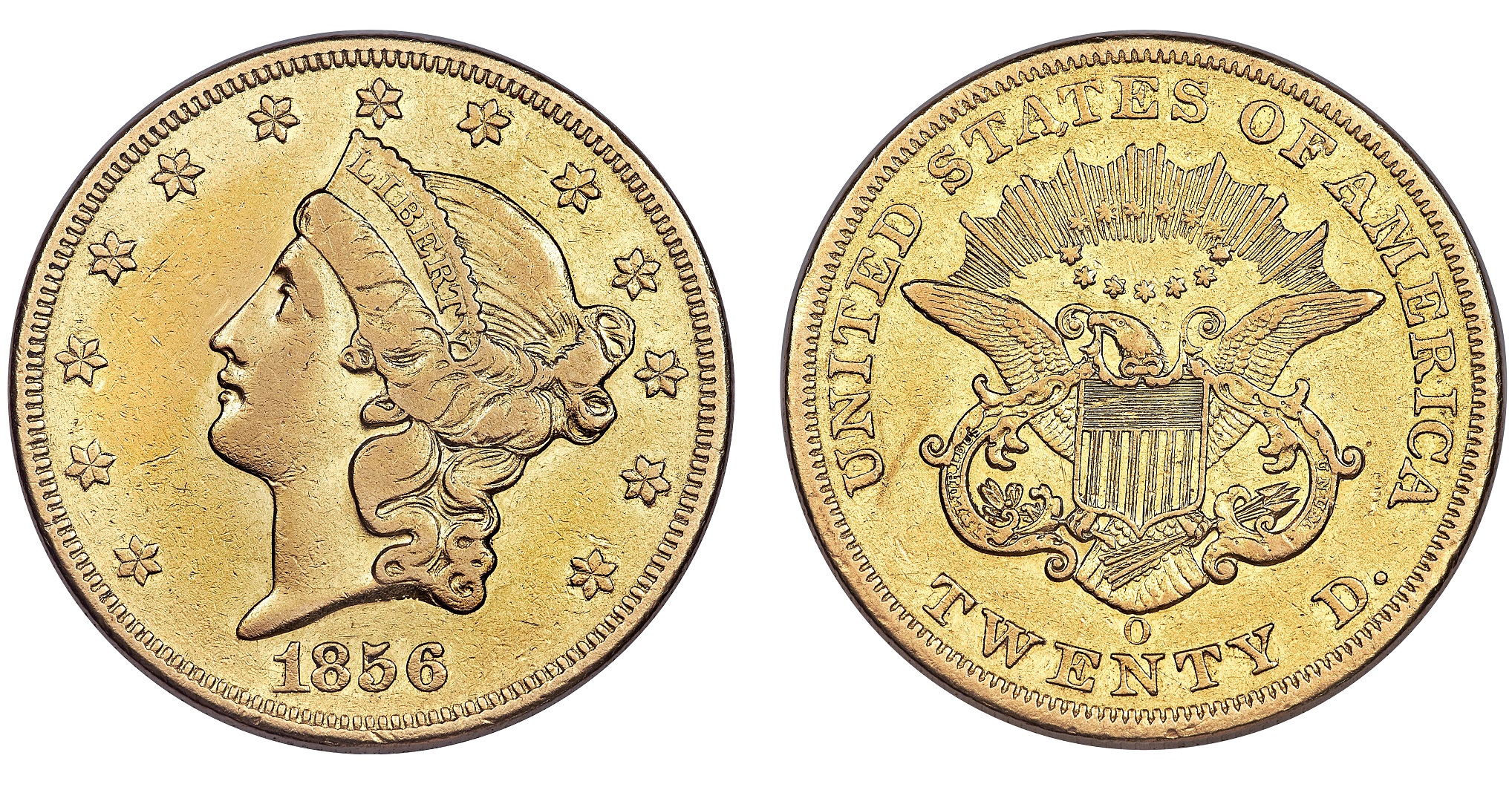 A newly discovered 1856-O Liberty Double Eagle, considered by some to be the rarest gold coin struck at the New Orleans Mint, makes its auction debut at Central States. The discovery is a history-making opportunity for advanced collectors to obtain a particularly special 1856-O, a coin already listed among the 100 Greatest U.S. Coins. 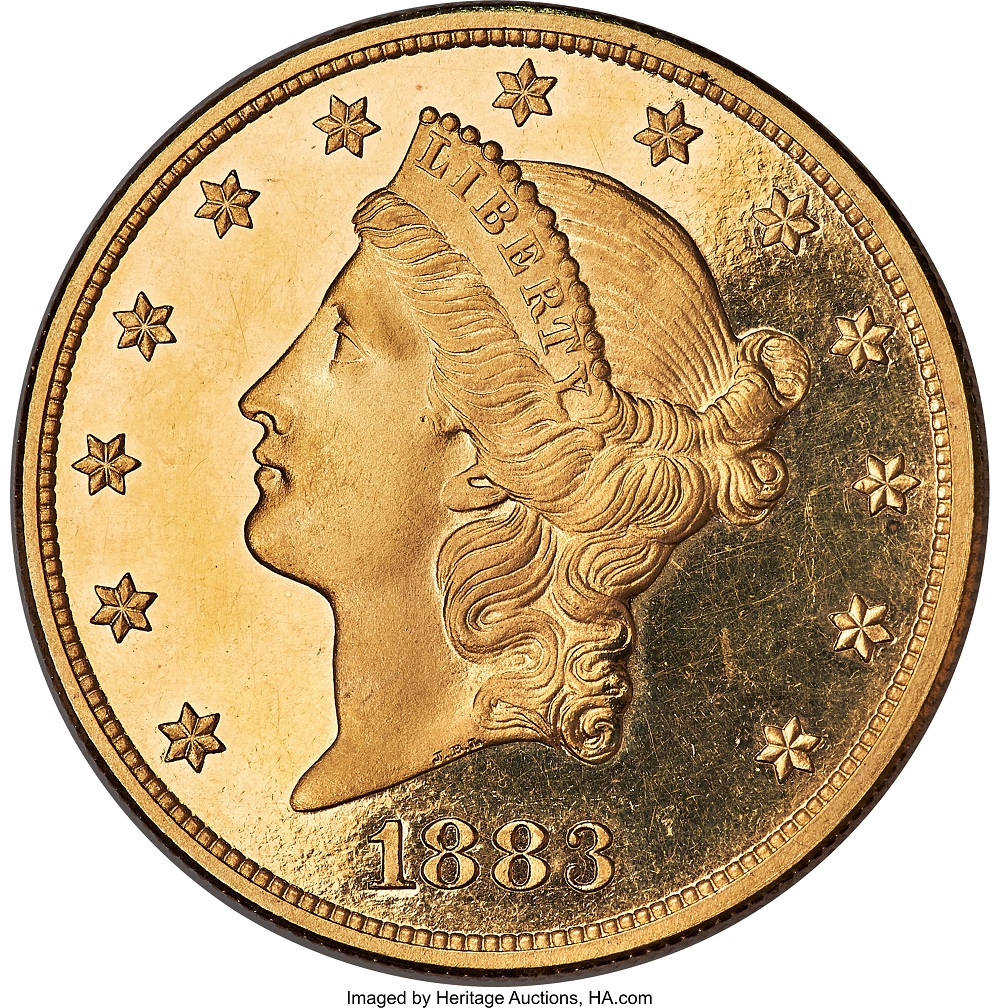 A classic rarity in the American gold series, an 1883 Liberty Double Eagle, PR-64 Deep Cameo is one of 26 examples certified from the small Proof-only mintage of 92 pieces. The PR-64 Deep Cameo on offer marks its first auction appearance in 55 years.

The convention auctions also include several standout lots from first-time consignors as well as unusual discoveries, such as a 48-piece grading set for 1879-CC Morgan dollars (has one each of both the “Perfect” CC mint mark as well as the “Capped Die” CC mint mark) — a tremendously challenging set to assemble, yet offered here as a single lot. 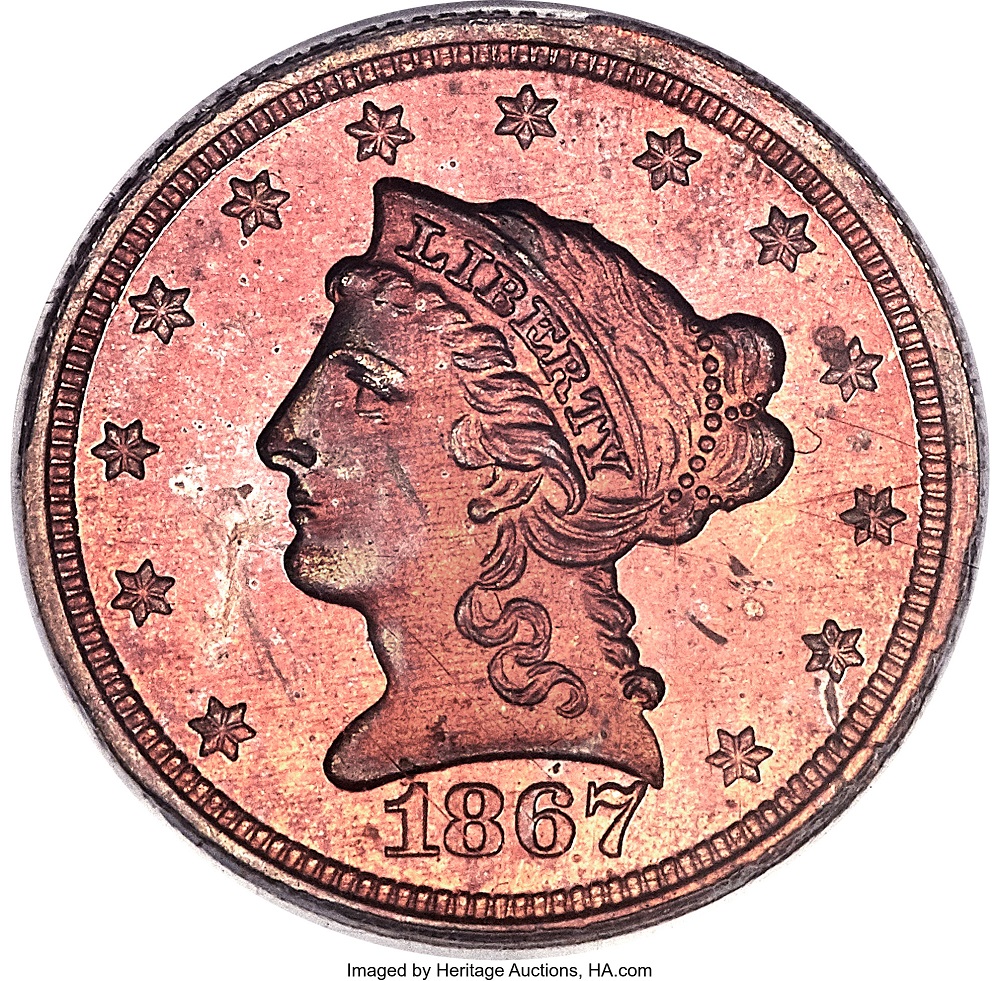 The auctions feature nine named private collections, highlighted by the Collection of William Rau. A collector since the 1950s, Rau’s research into U.S. pattern coins recently earned recognition by the American Numismatic Association. On offer are more than 250 lots from his collection, including standout finds, such as an 1867 Quarter Eagle, PR-65 Red, struck in copper, and an 1870 Standard Silver Half Dollar, PR-65, struck in aluminum. Other important patterns include unique coins such as a Judd-1598A 1879 Washlady Half Dollar, Unique, Net PR-40, a Judd-428A 1865 Quarter Dollar, Proof, struck from Michigan ore, and a Judd-1274 1867 Five Cent Muling in nickel, PR-45. 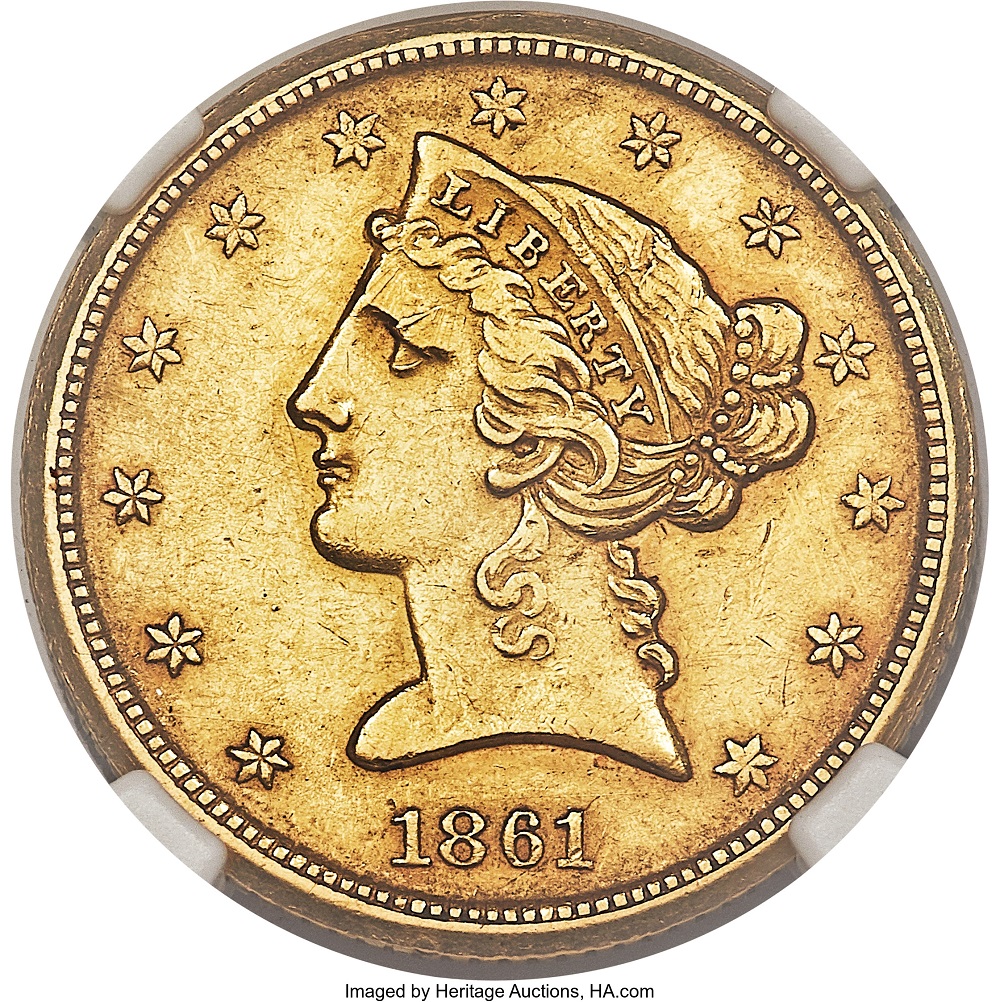 Among branch mint gold rarities on offer are an 1861-D Liberty Five, AU-55, and an 1854-S Quarter Eagle, VF-35. The latter coin is one of 12 known surviving 1854-S quarter eagles of the 246 examples struck with this date. The coin’s pedigree includes the Davis-Graves and Norweb Collections.