With less than a month to go before 2014 is in the books, it is time to look towards the future, to 2015 that is. With major shows scheduled, first auctions announced and numerous US Mint products either announced or in the works it is definitely not too early to do so. From what we have heard so far 2015 could be one of the more exciting years in numismatics, and this comes after the Newman sales that saw many coins come to the market for the first time in half a century, realizing strong prices for true quality pieces.

The year will kick off traditionally with the FUN (Florida United Numismatists) show held in Orlando, Florida from January 8 to 11 and with the New York International Numismatic Convention, held at the Waldorf-Astoria hotel in New York City during the same days. Numerous auctions are scheduled at both shows, including by Heritage Auctions, Stack’s-Bowers and Classical Numismatists Group, offering a large number of US and World Coinage and Currency in what is traditionally the first large auctions of the year.

After the year kicks off there will be the regular shows that are held multiple times a years, including Long Beach, California (Long Beach Expo, held January 29 to 31, June 4 to 6 and September 17 to 19) and Baltimore, Maryland (Whitman Expo, held March 26 to 29, July 16 to 19 and November 5 to 8). The ANA, as always, will also organize two shows, the first the National Money Show held in Portland, Oregon from March 5 to 7 and the second, traditionally, the World’s Fair of Money, held again in Chicago, Illinois from August 11 to August 15. These are just the most major shows that will have major auctions, but hundreds of smaller shows will of course be held across the country and the world. 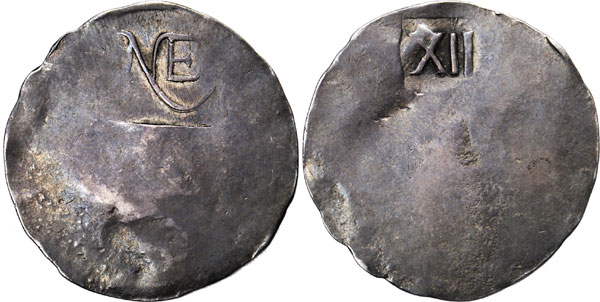 There are two auctions already scheduled that are worth mentioning. The first is a collection mostly focused on colonial coins, assembled by an unidentified private collector and sold on behalf of the Henry P. Kendall Foundation. The collection will be sold by Stack’s-Bowers in conjunction with the Spring Baltimore Expo held in March. In an informational leaflet that Stack’s-Bowers has put out (http://media.stacksbowers.com/VirtualCatalogs/2014/henry-p-kendall-foundation-collection-brochure/) some of the highlights are listed and pictured, and without a doubt this is one of the most major collections of early American Coins auctioned in recent times. Among the highlights are a total of seven different varieties of Massachusetts New England Coinage, struck around 1652 and examples of the first coins struck in what would later become the United States. The later Pine, Willow and Oak Tree Coinages are well represented, with numerous unique die varieties, along with the unique Willow Tree threepence. Coins of New France are also offered, including a very rare 1670 15 Sols, one of just seven examples in private hands. Most other colonial series are represented as well, including Higley, Immune Columbia and George Clinton coppers, and pieces struck by Lord Baltimore and Standish Barry in the 17th and 18th centuries. Many are among the finest known for their respective types and many of the pieces are plated in standard works such as Crosby and Noe.

1792 Pattern Coinages are also well presented, including a 1792 Birch Cent & Silver Center Cent, both the Half Disme and Disme and The Peter Getz Washington Pattern. Besides early American pieces the collector also had more than a passing interest in pieces from the American South dated to the Civil War, including one of just four original 1861 CSA Half Dollars along with numerous restrikes, and also an original 1861 CSA Cent. Many pieces in the collection have not been offered for over half a century or longer, and many trace their pedigrees back to some of the most fabled collections of the early 20th century.

Another collection that will be sold by Stack’s-Bowers in numerous installments, starting on May 14, 2015 and continuing with eight total auctions to be held in New York City until late 2017 is the fabled D. Brent Pogue Collection. One of the most advanced collections of American Federal Coinage ever assembled, the collection contains such fabled coins as the finest known Class I 1804 Silver Dollar and the only 1822 Half Eagle in private hands (only offered twice at public auction before, one of just three known to exist). The collection will be accompanied by three books written by Q. David Bowers, which will include historical information as well as extensive pedigrees on many of the coins offered for sale. 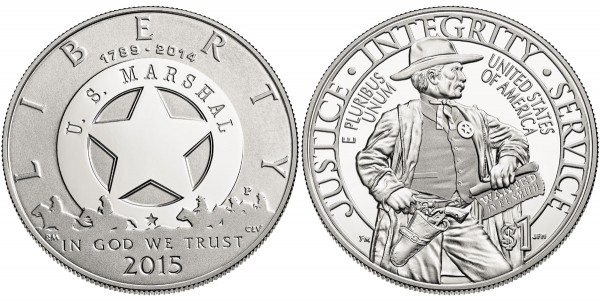 For the more casual collector the United States Mint will offer numerous products, some of which will no doubt be announced later in the year. We can count on the standard Mint & Proof Sets, American Silver Eagles, America The Beautiful Quarters and Presidential Dollars & First Spouse Gold Coins (those released in 2015 will be among the final releases, as 2016 will most likely mark the end of that series). Commemorative coins will also be released, including those commemorating the March of Dimes and the 225th anniversary of the U.S. Marshals Service.

So far 2015 is already set to be an exciting year for numismatics, and the year has not even begun yet. More exciting news will no doubt be announced as the year progresses. As always we will cover auctions, news and new product releases right here on this website, making sure that you are among the first to hear all numismatic news.