In the Mint’s latest report, the sales figure for American Eagle silver bullion coins remains at 240,000 for December. The Mint will begin accepting orders for 2017-dated ASEs on January 9 (see below). All told, one-ounce Silver Eagles sold 37,701,500 pieces this year, falling 9.3 million short of last year’s total of 47 million ounces.

For the second week in a row, the figures for all America the Beautiful 5-ounce bullion-coins are also unchanged. Total figures for each type are as follows:

The value of an ounce of silver is down $1.21 from this time last week, to $15.80. Silver’s average last week, Monday through Friday, was $16.63 per ounce, a bit down from the previous week’s average of $16.85. (Charts of the six-week averages for silver, gold, and platinum are located at the bottom of the page.)

Bullion issues are sold by the U.S. Mint to a network of authorized buyers, who then make the coins available to the public. This year marks the 30th anniversary of American Eagle bullion coins, which were introduced in 1986.  ❑ 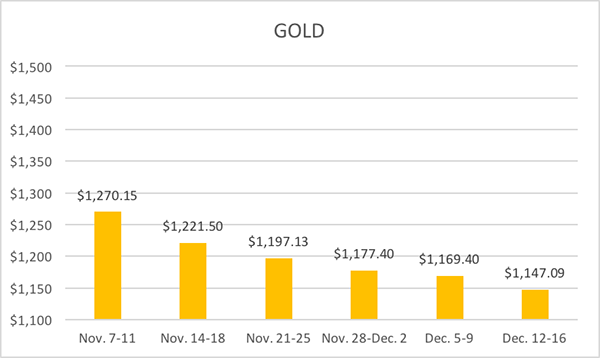 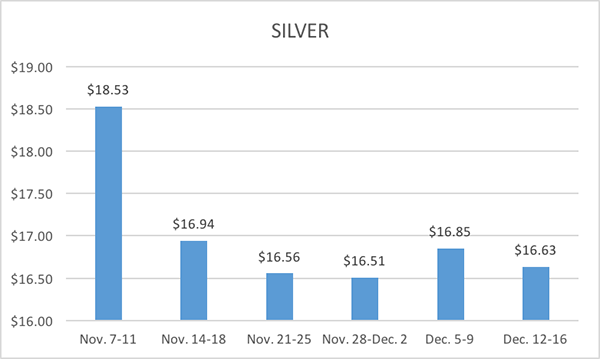 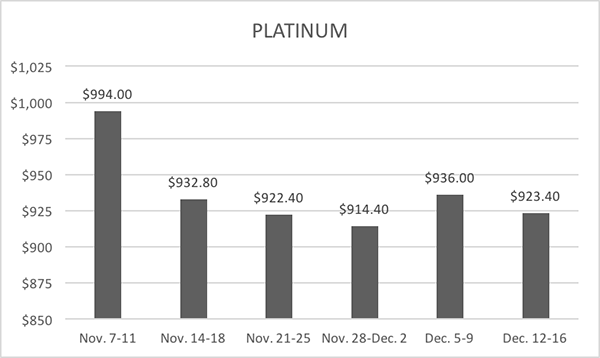