The Imprensa Nacional Casa da Moeda (INCM) have announced (14th November) they are releasing three new collector coins which are part of the two-coin series “National Sport Heroes” commemorating personalities which achieved outstanding performances in their fields and who have left their mark close to the Portuguese nation as well as internationally. The new coins are also the second and last coin of the program, thus completing the series.

The second sports personality honoured in the series is Carlos Lopes, who was the winner of the marathon of the Los Angeles Olympic Games in 1984. Lopes is well-remembered as having brought home Portugal´s first ever Olympic gold medal along with actually setting a new Olympic record at the same time. He was the first man to run the marathon in less than two hours and eight minutes. His speed translated to an astonishing average velocity of twenty kilometers (12.4 miles) per hour.

The 1984 Los Angeles Olympic marathon, which was held on the 12th August, is remembered for its very hot and humid conditions. As the favourites gradually fell away, it became evident that 37-year-old Lopes of Portugal would lead the field into the stadium with a 200-metre advantage, setting an Olympic record of 2 hours 9 minutes and 21 seconds to win the gold medal — Portugal’s first ever. In the last major competitive race of his career, the 1985 Rotterdam marathon held on the 20th April, Lopes took almost a minute off the world’s best marathon time, and set a new standard of 2 hours 7 minutes and 12 seconds. On his return to Portugal, the country’s prime minister, Mário Soares, awarded Lopes with the Grand-Cross of the Order of the Infante — Grã-Cruz da Ordem do Infante. 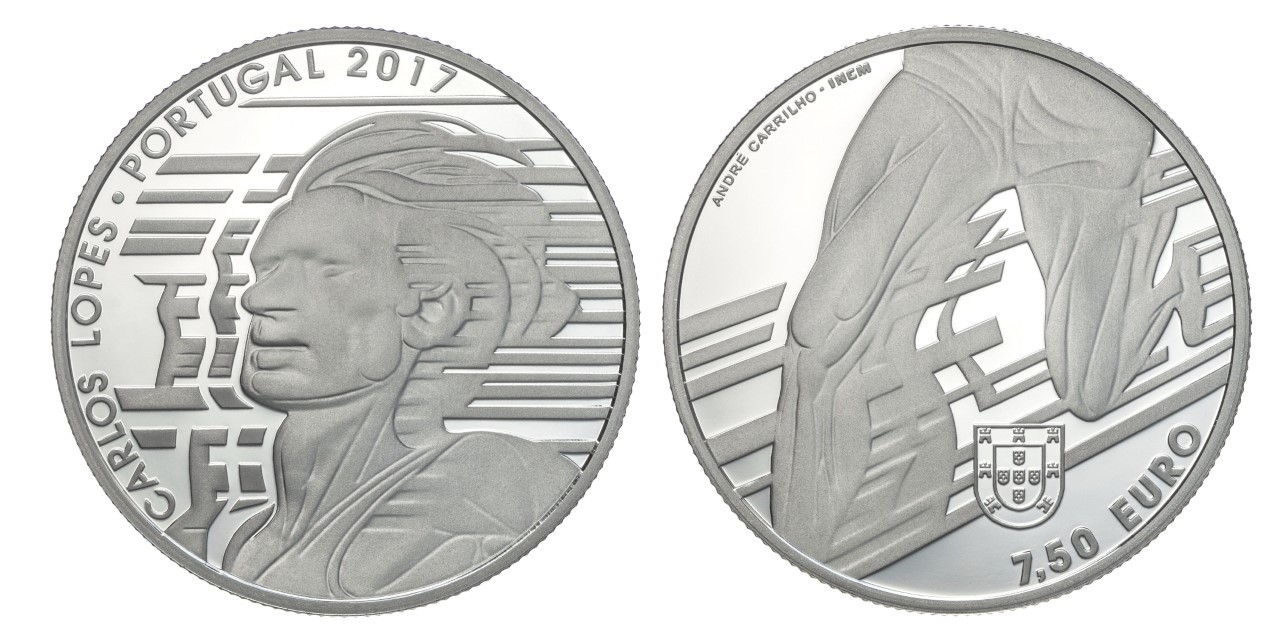 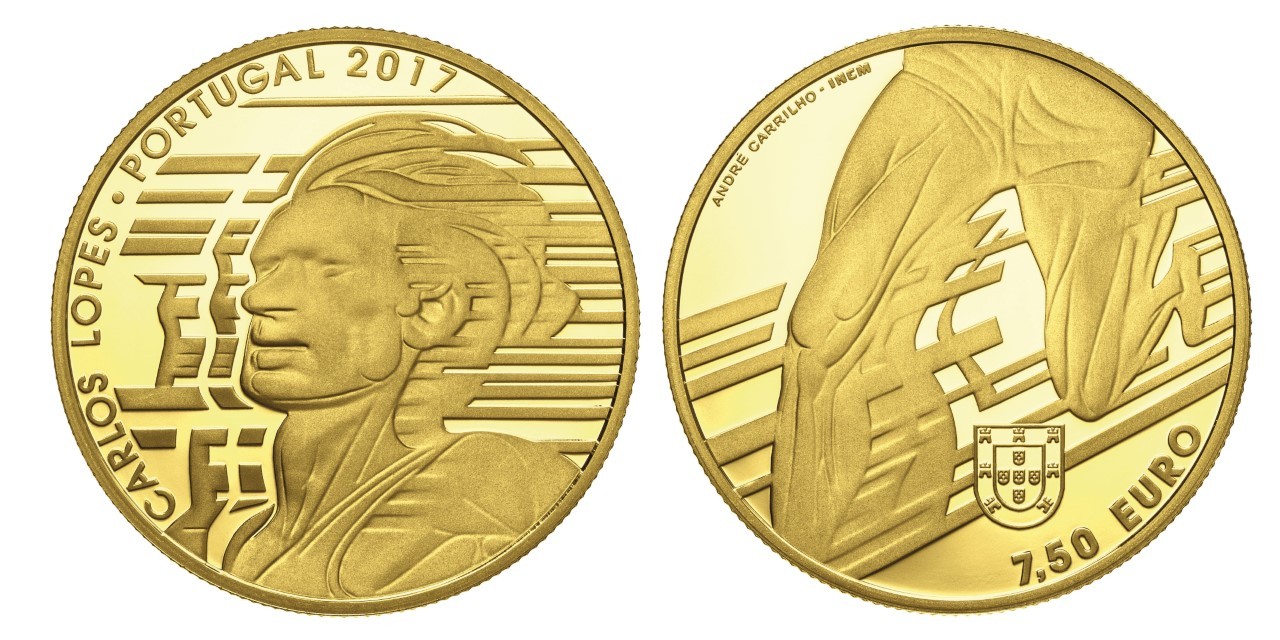 This very modern coin is designed by Andre Carrilho and depicts on the obverse side the face of Carlos Lopes in an action hero or comic book style approach to the design. On the reverse side, the same style is used to depict the runner’s legs along with the country’s crest. All three versions share the same designs and denomination of €7.50.

Launched on the 21st November, the Uncirculated coin is available directly from the website of the INCM. The silver and gold Proof quality coins are presented in a custom case fabricated from traditional Portuguese cork along with a numbered certificate of authenticity. For additional information on these and other coins available from the INCM, please visit their website.