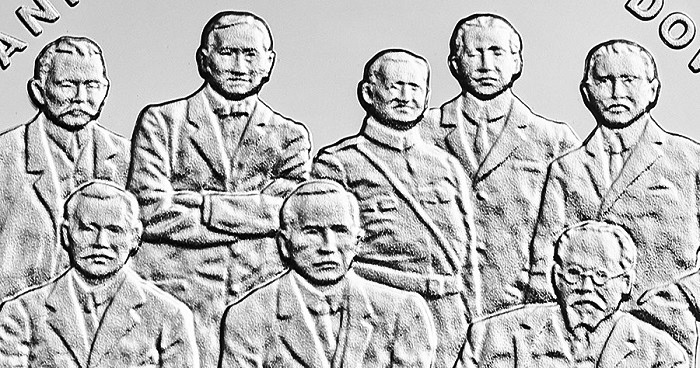 The National Bank of Poland have issued (15th November) a new coin which remembers the auspicious day when the establishment of Poland’s National Committee. The famed legislative body undertook the arrangements of the re-establishment of Polish independence after more than 146 years of partition.

With the precarious state of politics becoming more evident between the countries who had originally partitioned Poland: The Russian Empire, the Empire of Austria-Hungary, and the successor to the Kingdom of Prussia, Imperial Germany, the idea of an emerging independent Poland was becoming more of a reality. On the 4th June 1917, the president of the Republic of France, Raymond Poincaré, (1860–1934) issued a decree announcing the creation of the Polish Army, which would be trained and stationed in France. In accordance with democratic standards requiring civilian control over the newly established Polish armed forces, the French government allowed for Polish national representation. This institution was created in mid-August 1917, with the establishment of the Polish National Committee led by Roman Dmowski (1864–1939). Not wanting to contribute to the already sharp antagonisms within Polish society during the current European war, the Polish National Committee consciously limited itself to two areas — the army and foreign policy. Therefore, it fulfilled the dual role of the Polish Ministry of Foreign Affairs and Ministry of Defence. In the autumn of 1917, the Polish National Committee was recognised by France, the United Kingdom, Italy, and the United States as the official Polish representation, the pre-cursor to a legitimate and recognised independent Polish government. Its appearance in the West paved the way for the recognition of the rights of Poland to its independence, and, as such, on the 3rd June 1918, the allied states announced in a declaration issued at Versailles that the creation of a unified, sovereign Polish state with access to the Baltic sea was one of the military aims of the coalition of states. This was a great political success of the Polish National Committee, and although the political influence and platform of the Polish National Committee was exclusively moderate, made up of national democrats and conservatives, it was a national institution which served the soon-to-be independent country well. It was able to distance itself from party maneuvering, it ensured Poland a place at the negotiating table among the victors of World War I, and created a territorial programme of a sovereign state, outlining the borders within which the Polish nation could regain the conditions of all-round development. The National Committee also served as a Polish delegation to the peace conference in Versailles in 1919, and with skillful diplomacy, the Committee supported and promoted the Polish military effort. 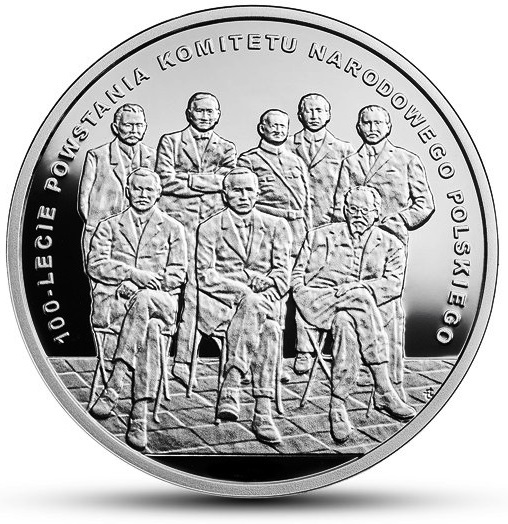 The coin is produced by the Mint of Poland, on behalf of the National Bank of Poland, and was designed by Tadeusz Tchórzewski. The obverse side depicts a fragment of the original portrait photograph of the Polish National Committee with its president, Roman Dmowski, sitting in the middle of the first row. The commemorative text remembering the 100th anniversary of the founding of the Polish National Committee is placed around the portrait along the edge from the top. 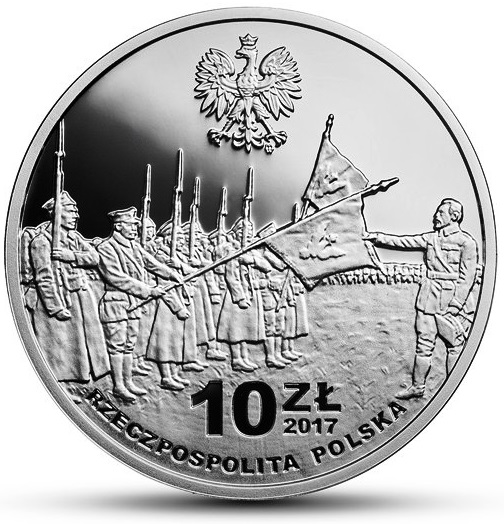 On the reverse of the coin there is a scene of the taking of the oath by the Polish Army in France. Below that depiction is the face value of 10 ZŁ and the image of a crowned eagle, which was established as the state emblem of the Republic of Poland and is placed above the image. The inscription, RZECZPOSPOLITA POLSKA, and year of issue, 2017, are placed below the denomination. The photographs used for the design of the coin are from the collection of Poland’s National Digital Archives. 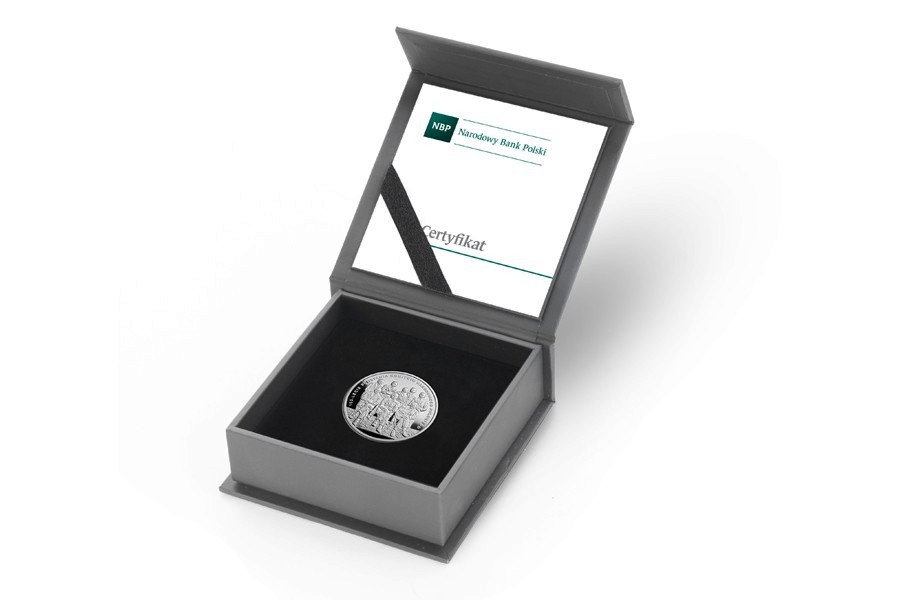 This collector coin is issued in conjunction with upcoming national celebrations which remember the 100th anniversary of the re-establishment of independence by Poland in 1918. The Proof quality coin is encased in an acrylic capsule and housed in a custom presentation case along with a certificate of authenticity. For additional information on this and other coins issued by the National Bank of Poland, please visit their retail website.