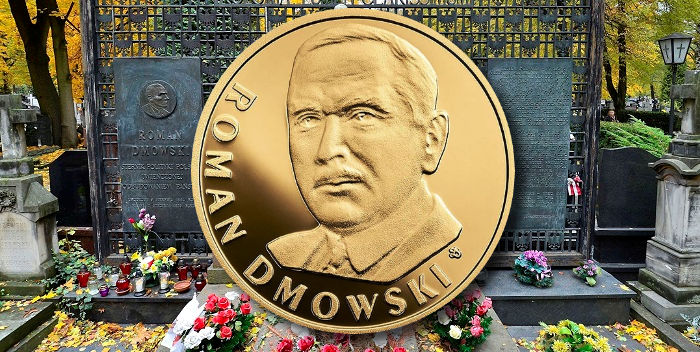 The National Bank of Poland have issued (8th November) two new coins which were minted in remembrance of Poland’s momentous day in November 1917 when an independent Polish state was on the road to being recognised after more than 146 years of living under the yoke of various European empires and kingdoms. Statesman Roman Dmowski played an important role in the organising of a National Committee that became the governing body which first saw recognition by the European powers as Poland’s legitimate representation before independence was formally recognised in November 1918.

Following the Partition of Poland, which occurred between 1772 and 1795, the Polish-Lithuanian Commonwealth disappeared from the map and was divided between the Russian Empire, the Kingdom of Prussia, and the Hapsburg territories of the Austrian Empire. Essentially, Poland ceased to exist. With each instance of annexation of Polish territory, the king and kingdom had disappeared and continued the division of traditional Polish lands, including the Duchy of Warsaw and Republic of Krakow, right up to the Napoleonic Wars in 1815. This status quo would be in effect until the outbreak of the First World War and the eventual abdication of the Russian Czar Nicholas II in 1917.

With the outbreak of the Great War in 1914, few Polish politicians had a clear vision of the future, among these exceptions was Roman Dmowski (1864–1939) the co-founder, leader, and ideologist of the pro-independence national camp. In his book Germany, Russia, and the Polish Cause (1908), Dmowski voiced the opinion that Imperial Germany posed a major threat to Polish aspirations for independence. In this concept, Russia was recognized as a weaker enemy because, in spite of its great efforts over the many years, they could not wholly Russify the territories conquered during Poland’s partitions. For Dmowski, Polish support for the anti-German coalition of France, Russia, and the United Kingdom could eventually initiate favourable processes for the Poles towards an independent state. Initially, a reunification of all provinces of the former Polish Commonwealth under Russian rule, and afterward, a gradual separation from the Tsarist Empire would immediately be sought. From the summer of 1914, Dmowski advocated the Polish point of view in numerous countries, but by 1917, the position of Russia in the Entente had collapsed with the abdication of the Czar. This untimely event lessened Dmowski’s ability to openly seek support in Western capitals for the idea of a reactivation of the Polish Commonwealth. With the toppling of the Tsarist regime and the significant weakening of Russia’s military power, Dmowski chaired the Polish National Committee in Paris in August 2017, which was recognized by France, the United Kingdom, and Italy as the beginning of the Polish government. On the 11th November 1918, an armistice was declared, ending in Europe, and on the 22nd November, Józef Piłsudski (1867–1935) was declared the chief of state and formed the first unified Polish government not seen since 1772. Based on an agreement between both statesmen, Dmowski became an accredited delegate to the Peace Conference in Paris and at this conference, Dmowski, who could fluently speak several languages, evocatively presented Polish territorial demands to the leaders of the victorious countries. Although not all of these claims were met, Dmowski’s substantial influence exerted on the decisions taken during the Versailles Treaty regarding the Polish-German border rendered him one of the fathers of independent Poland. The Second Polish Republic was formally recognised internationally on the 11th November 1918.

The coins are produced by the Mint of Poland, on behalf of the National Bank of Poland, and are designed by Dobrochna Surajewska. 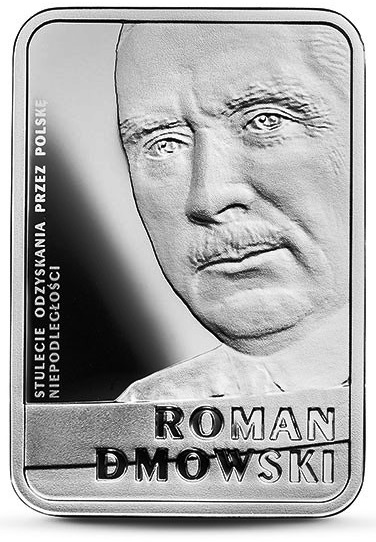 10-zlotych: The silver ingot-shaped rectangular coin includes a depiction of Roman Dmowski, which when viewed length-wise, shows the front-facing portrait positioned off-centre and towards the right. The image is based on an official portrait taken when he was appointed minister of foreign affairs in 1923. The text ROMAN DMOWSKI is placed below the portrait with commemorative text STULECIE ODZYSKANIA PRZEZ POLSKĘ NIEPODLEGŁOŚCI (100th Anniversary of Regaining Independence by Poland) positioned vertically against the left edge and opposite the portrait. 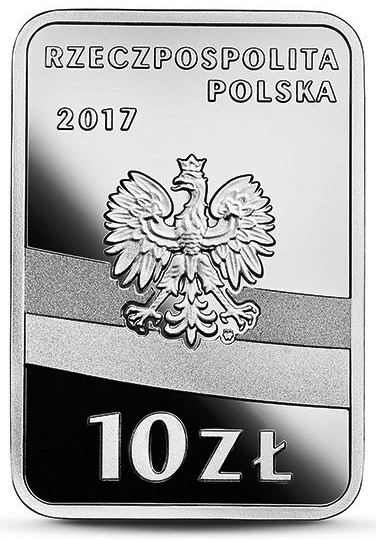 The reverse side includes the face value of 10 ZŁ as well as the image of a crowned eagle, which was established as the state emblem of the Republic of Poland. The inscription RZECZPOSPOLITA POLSKA and year of issue, 2017, is also seen placed towards the top of the coin. 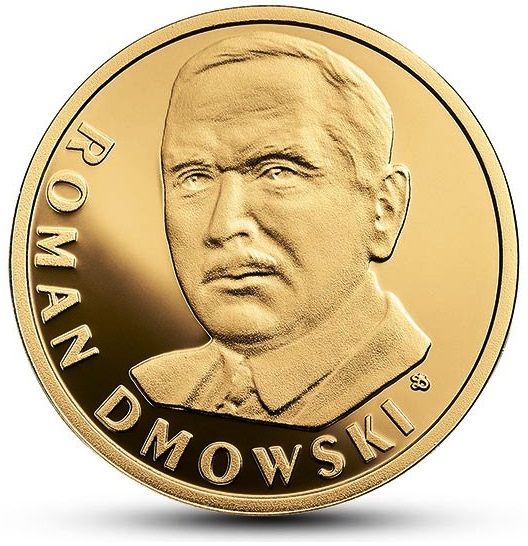 100-zlotych: The design includes a front-facing portrait positioned in the centre. The text ROMAN DMOWSKI is placed along the lower left edge below the portrait. 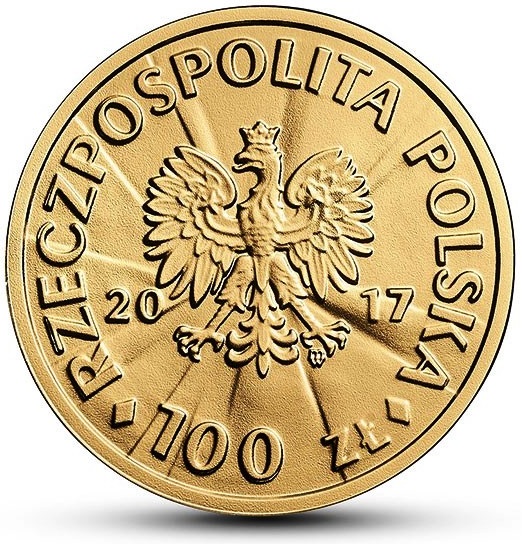 The reverse side includes the face value of 100 ZŁ placed below the image of a crowned eagle. The inscription RZECZPOSPOLITA POLSKA is seen above the emblem along the edge and year of issue 2017 is seen in two separate digits on either side of the eagle. 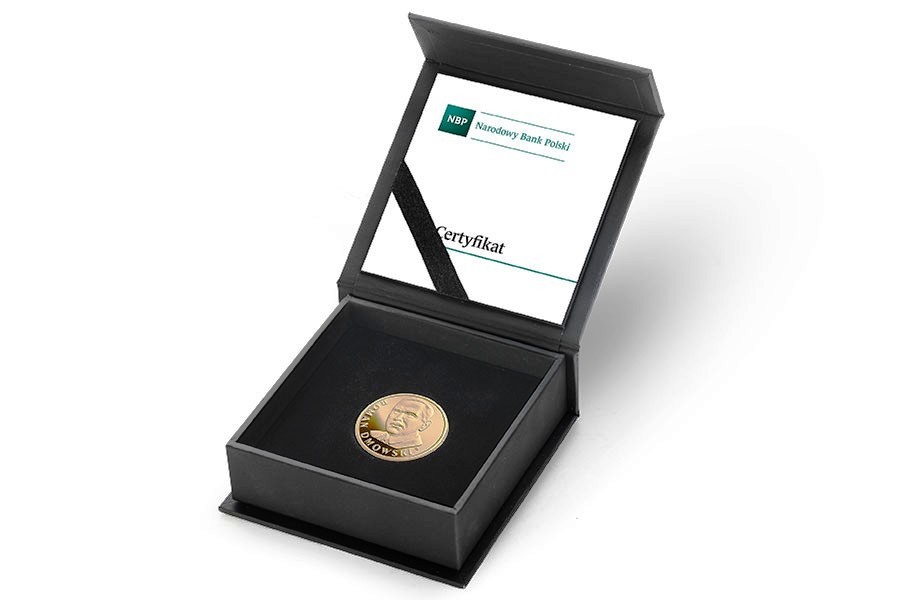 The two collector coins are issued in conjunction with upcoming national celebrations which remember the 100th Anniversary of the Re-establishment of Independence by Poland in 1918. Each coin is encased in an acrylic capsule and housed in a custom presentation case along with a certificate of authenticity. For additional information on these and other coins issued by the National Bank of Poland, please visit their retail website.