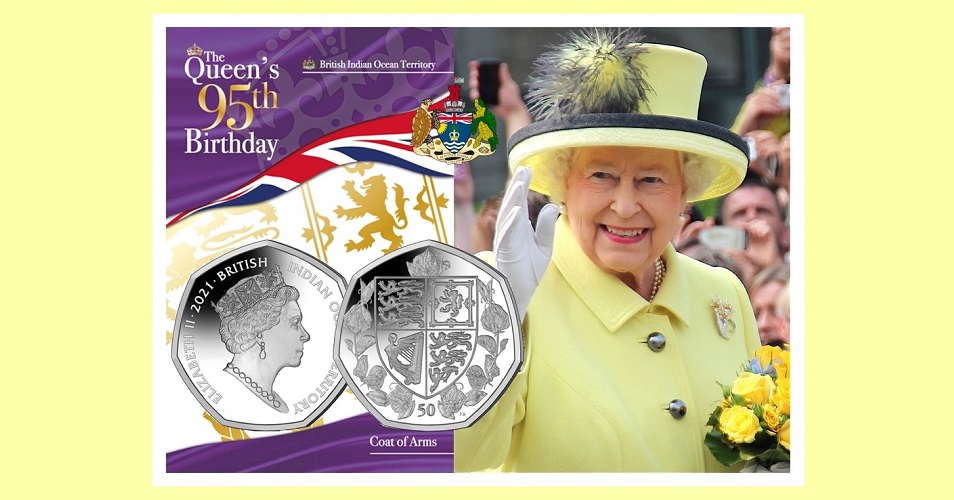 The government of the British Indian Territory has released (22nd February) new 50-pence coins in celebration of Britain’s Queen Elizabeth II, who will turn 95 on the 21st April of this year. Already the longest-lived British monarch in history, Queen Elizabeth II is also the longest-reigning and longest-married British sovereign.

Born in London at the home of her maternal grandparents, the little princess was, at the time of her birth, third in the line of succession to the British throne after her uncle, the Prince of Wales, and her father, the Duke of York. Elizabeth Alexandra Mary — named after her mother, great grandmother, and grandmother, HRH Princess Elizabeth of York was the first grandchild of the then-King George V, who quickly became the quintessential doting grandfather to his little “Lillibet,” as she was nick-named within the family. King George V had often commented that his little granddaughter had the fine makings of a queen. Little did he know that she would indeed fulfil that role just 16 years later in 1952. With George V’s death in 1936 and her uncle’s abdication just 10 months later, the 10-year-old princess was now heir presumptive and would someday reign after her father — were she to have no brothers.

That day came on the 6th February 1952, when news of her father’s death reached the princess, who was on her way to Australia in place of her ailing father. She returned to the United Kingdom from Kenya and touched down on British soil the next day, the nation’s new Queen and sovereign, and at the age of just 25.

Her Majesty, who has reigned for almost 70 years, has dedicated her life to the service of the United Kingdom and the Commonwealth, and, in doing so, she has been part of much change throughout the years. The Windsor Dynasty, so named in July 1917 by her grandfather, has reigned more than a century, and nearly 70 of those years has been accredited solely to Queen Elizabeth II. The vast majority of people in the United Kingdom and the Commonwealth have known only one sovereign in their lifetime, more so than any other British monarch.

As are all British sovereigns, the Queen’s official birthday is actually celebrated during the Trooping of the Colour ceremony, which is held on the second Saturday in June. This year, as the Queen and Prince Philip have been isolating due to the pandemic, the ceremony will be scaled down considerably. The Trooping of the Colour ceremony will take place in the gardens of Windsor Castle. 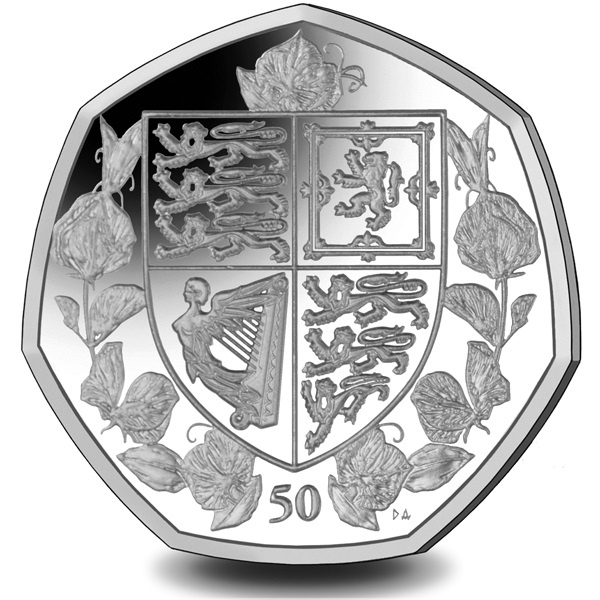 The seven-sided 50-pence coins are produced by the Pobjoy Mint, UK, at their facilities in Surrey, England. The reverse side is appropriately decorated with the royal coat of arms of the United Kingdom, which are used by Her Majesty in her official capacity as monarch. The denomination of 50 is represented with the numeral placed below the crest. 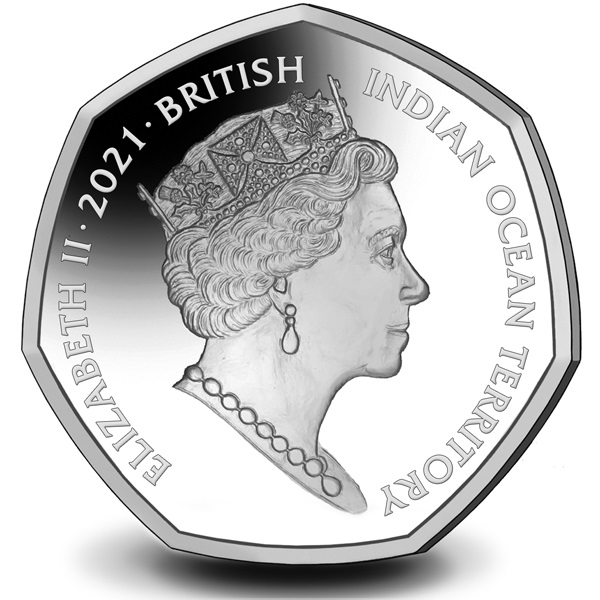 The obverse of the coin features an effigy of Her Majesty Queen Elizabeth II, which is an exclusive design of the Pobjoy Mint. The year of issue, 2021, is placed under the Queen’s likeness. 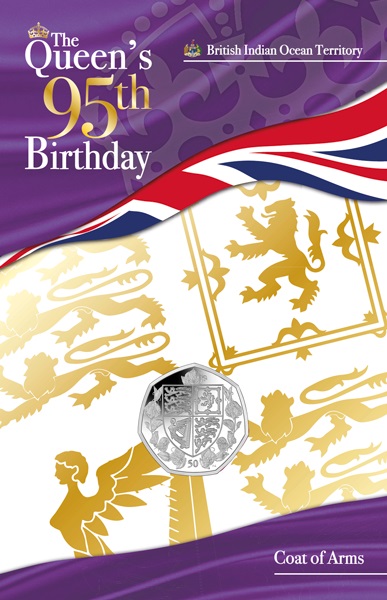 The Brilliant Uncirculated cupro-nickel examples are presented in a blister-pak type folder with illustrations and informative text highlighting the life of Queen Elizabeth II. 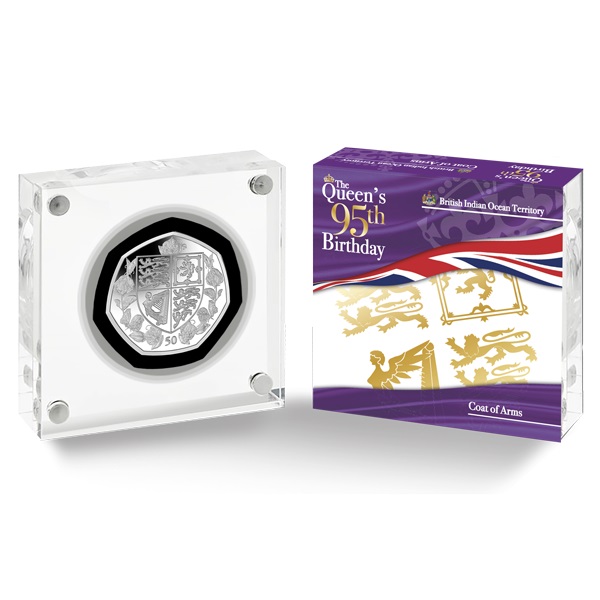 The silver Proof coins are encapsulated in a lucite — Perspex square holder enabling viewing from both sides and is accompanied by a certificate of authenticity. For additional information about these coins and others issued by the treasury of the British Indian Ocean Territory, please visit the website of the Pobjoy Mint.

Orders will be dispatched commencing from the 8th March.