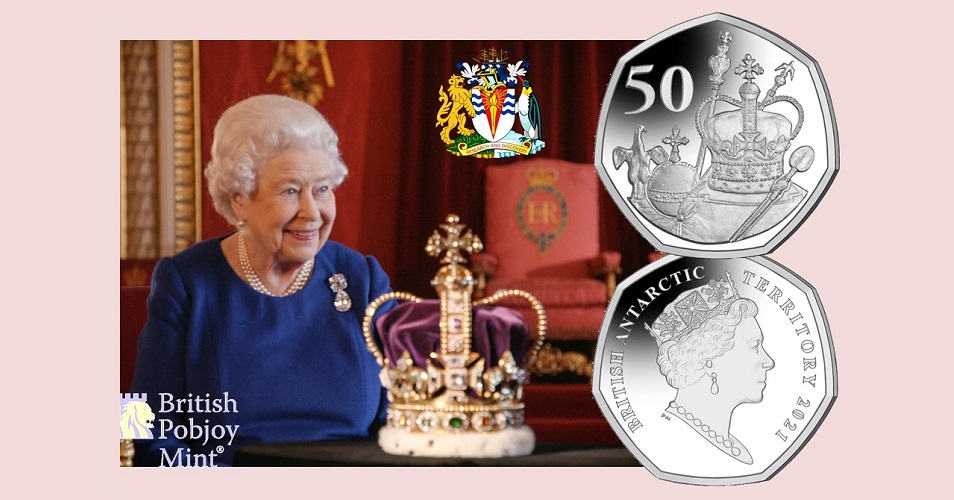 The government and treasury of the British Antarctic Territory have issued (30th March) new commemorative coins to mark the 95th birthday of Her Majesty Queen Elizabeth II, which will occur on the 21st April.

The extraordinary journey of the Queen’s life began on the 21st April 1926 when Princess Elizabeth Alexandra Mary of York was born in the London home of her maternal grandparents to Their Royal Highness’ the Duke and Duchess of York. She was the first grandchild of King George V, and upon her birth, was third in the line of succession behind her uncle Edward Albert, the Prince of Wales, and Albert Frederick, her father. With the abdication of her uncle King Edward VIII and the accession of her father as King George VI in 1936, the 10-year-old princess became Heiress presumptive. Princess Elizabeth ascended the British throne on the 6th February 1952 after the death of her beloved father. The young Queen was escorted to her glorious Coronation by her dashing husband Prince Philip, the Duke of Edinburgh, to Westminster Abbey on the 2nd June 1953. The centuries-old and solemn ceremony was televised and seen by a quarter of the world’s population.

Tradition has been followed since the reign of the Queen began for although her actual birthday is celebrated by her family in April, the nation celebrates the Sovereign’s official birthday during the ceremony for Trooping of the Colour, which is usually scheduled every year on the second Saturday of June. 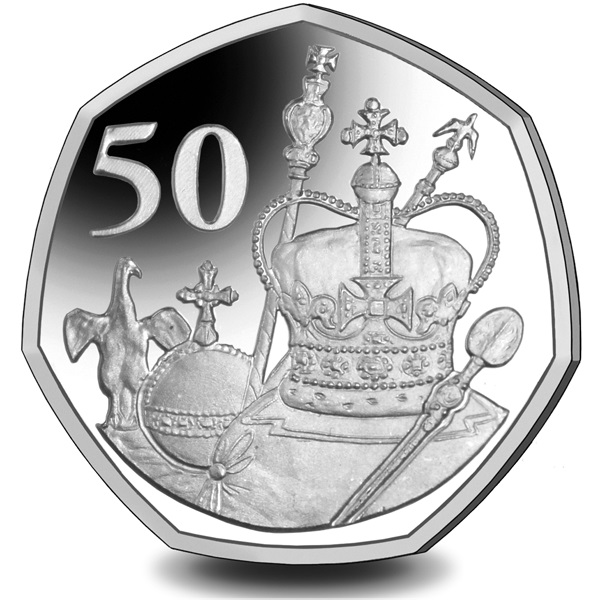 The new seven-sided commemorative coins are produced by the Pobjoy Mint at their facilities in Surrey, on behalf of the treasury of the British Antarctic Territory. The reverse side of the coins prominently features the Crown Jewels used during the holy ceremony of the Sovereign’s coronation. Above and to the left of the collection is the numeral 50 representing the coins’ denomination. 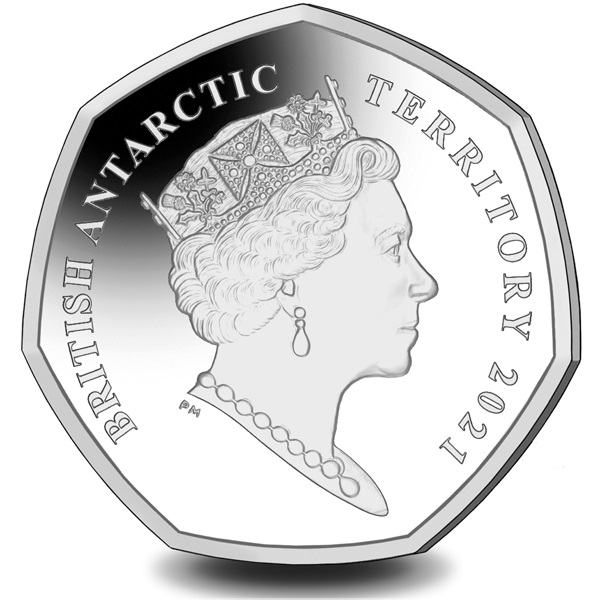 The obverse of the coin features an elegant effigy of HM Queen Elizabeth II, which is an exclusive design of the Pobjoy Mint. The issuing authority BRITISH ANTARCTIC TERRITORY is placed around the Queen’s likeness as the coin’s legend, along with the year of issue, 2021. 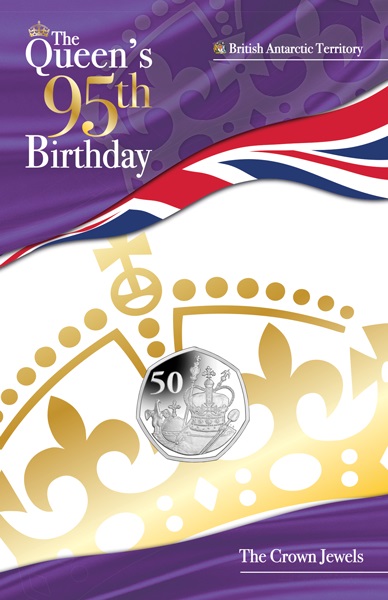 Base metal Brilliant Uncirculated examples are presented in a blister-pak type folder with images and informative text pertaining to the Queen’s milestone birthday. 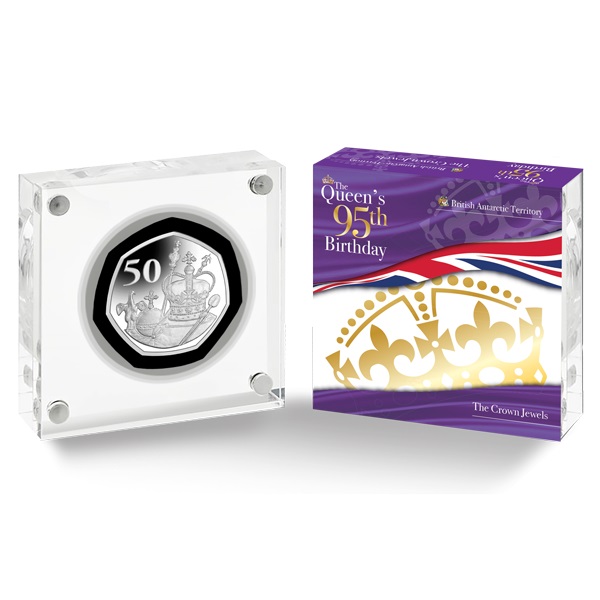 The sterling silver Proof examples are encapsulated in a Perspex frame enabling viewing of the coin from both sides and are accompanied by a certificate of authenticity. For additional information about these coins and others released by the British Antarctic Territory, please visit the website of the Pobjoy Mint.