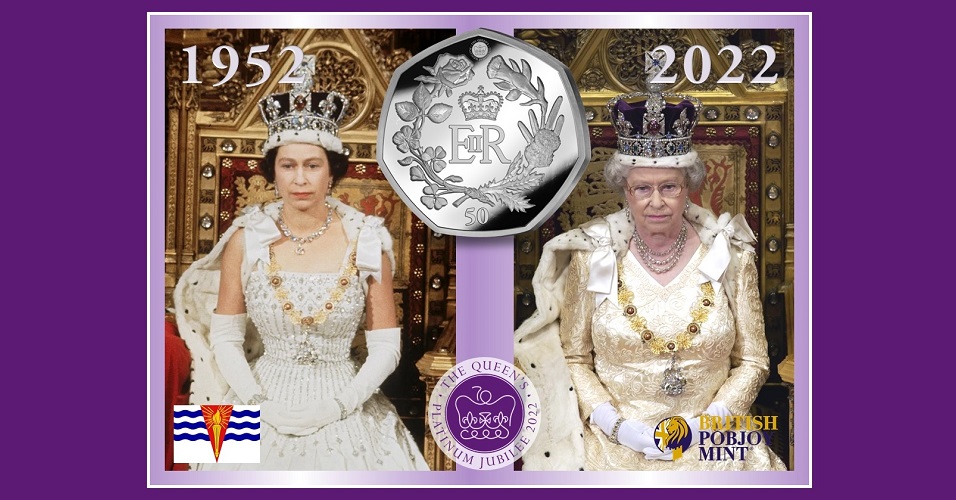 The treasury of the British Antarctic Territory has launched (21st April) new 50-pence commemorative coins in celebration of a historic, once-in-a-lifetime royal anniversary. 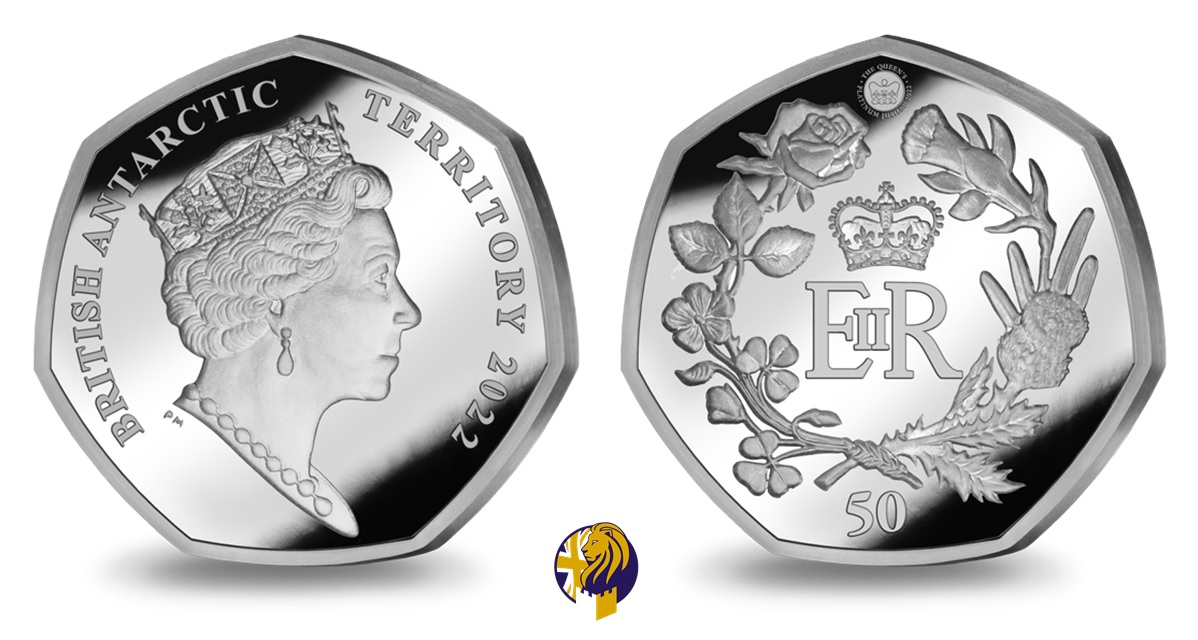 The commemorative coins are produced by the Pobjoy Mint at their facilities in Surrey, England, on behalf of the Falkland Islands treasury. The reverse side depicts a central design of the Royal Cypher E II R, which represents Elizabeth II Regina. The design is surrounded by a rose, representing England, a daffodil, representing Wales, a thistle, representing Scotland, and shamrocks, representing Northern Ireland. Above the main design is the official emblem for the Queen’s Platinum Jubilee, which was selected as the winning entry in a competition run in conjunction with the Victoria & Albert Museum. Below the design is the numeral 50 representing the denomination of the coin. The obverse of the coin features an effigy of Her Majesty Queen Elizabeth II, which is an exclusive design of the Pobjoy Mint.

Available from the 3rd May, the Brilliant Uncirculated diamond finish base metal coins are presented in a blister-pak type folder with illustrations and informative text. The silver Proof coins are presented in a Perspex lucite frame case accompanied by a certificate of authenticity. For additional information about these coins and others issued by the treasury of the British Antarctic Territory, please click here.