The Professional Numismatists Guild (PNG) presented its outstanding achievement awards for 2010 during the PNG Day banquet held in Boston, Massachusetts on August 9, 2010.

Patrick Heller of Liberty Coin Service in Michigan was given the Abe Kosoff Founders Award presented in recognition of a PNG member-dealer who has made a significant contribution to the Guild or to the numismatic fraternity in general. “Pat has shown enthusiastic leadership, dedication and selfless sharing of knowledge,” said Gary Adkins, who chaired the Kosoff committee. The award is named after PNG’s Founding President. 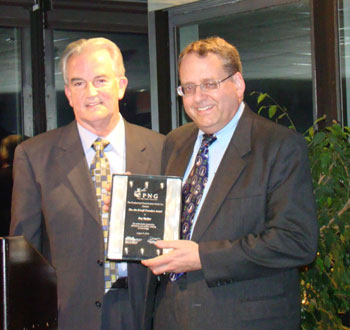 David Hall, President of Collectors Universe, Inc. and a co-founder of Professional Coin Grading Service, received the PNG Significant Contribution Award “for years of dedication and significant contributions to numismatics,” according to committee co-chairs Dana Samuelson and Barry Stuppler. 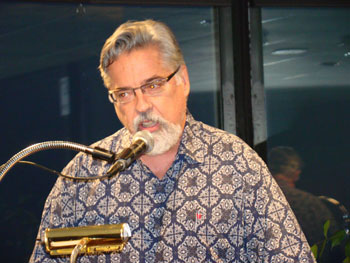 New Jersey coin dealer Ken Starrett was presented with the Sol Kaplan Award. He assisted in the recovery of coins stolen from long-time PNG member-dealer Julian Leidman of Maryland, according to Kaplan committee chair, Jeffrey Bernberg. Jointly presented by the PNG and the Lewis M. Reagan Foundation to people who have helped fight fraud and thievery in the numismatic profession, the award is named after a former PNG President who was responsible for the apprehension of several people suspected of numismatic-related crimes. 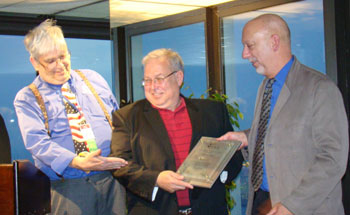 Paul Whitnah, a Texas collector and travel agent, received the Art Kagin Ambassador Award “for his many decades of volunteering and tireless support of the entire numismatic community,” according to Kagin committee chair Fred Weinberg. The award is named after a former PNG President who provided distinguished service as an advocate of numismatic goodwill. 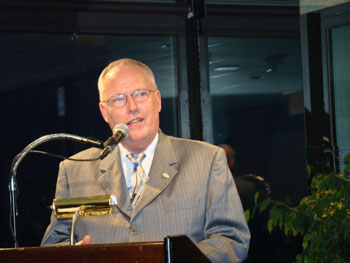 Bowers also was recognized for 50 years of PNG membership. PNG Executive Director Robert Brueggeman announced that Bowers is being given lifetime membership in the organization, only the fifth person in PNG history to be so honored. Bowers joined the PNG in 1960 and holds membership number 58. 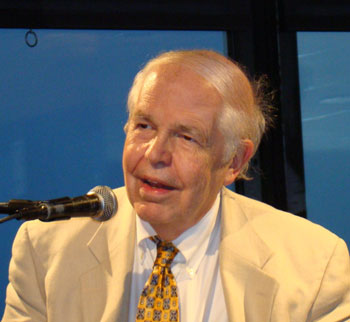 A special award was presented by PNG Executive Director Robert Brueggeman to long-time hobbyist Dorothy Baber of California. Brueggeman stated: “We are honoring someone who has given tirelessly of her time, both to the ANA and the PNG, for over 20 years.” 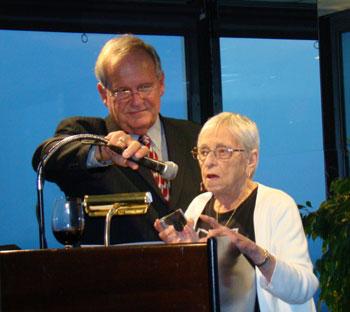 In other remarks to the banquet audience, Brueggeman noted there have been many news stories this year about controversies in the buying and selling of gold as well as counterfeits being offered in the marketplace.

“Being a member of the PNG has never been more important. No one ever wants to be fooled or scammed, and in today’s market no one can afford to place their hard-earned dollars in collectibles without confidence in the person from whom they’re purchasing. PNG members are recognized for upholding honor and integrity, and that helps generate purchasing confidence in the marketplace,” he said.

Founded in 1955, the Professional Numismatists Guild is a nonprofit trade association composed of many of the country’s top rare coin and paper money dealers who must adhere to a strict Code of Ethics in the buying and selling of numismatic merchandise. For additional information, contact PNG Executive Director Robert Brueggeman at 3950 Concordia Lane, Fallbrook, California 92028. Phone: (760) 728-1300. Email: . Online: www.PNGdealers.com.