The Commission of Fine Arts (CFA) has recently reviewed the design candidates for the 2011 Proof Platinum Eagle. This coin will feature the concept “To Insure Domestic Tranquility.”

The collector version of the American Platinum Eagle is in the middle of a six year design series exploring the core concepts of American Democracy. Each concept is presented on the reverse design of the coin, while the obverse of each coin features an image of the Statue of Liberty designed by John Mercanti.

For the past two years, the US Mint has issued only one ounce proof Platinum Eagles. Bullion versions of the coin have not been available. If bullion coins are issued for 2011, the reverse will feature an image of a soaring eagle designed by Thomas D. Rogers.

The United States Mint provided the CFA with nine different reverse design candidates for the concept “To Insure Domestic Tranquility”. The CFA recommended alternative AEP-R-05. This design depicts three hands holding a laurel wreath. The design was preferred based on its “simplicity and legibility” as opposed to the “excessive complexity of many presented alternatives”. The wreath was viewed as an appropriate compositional element within the circular shape of the coin, but it was recommended that the hands be simplified by removing the jewelry and clothing present. 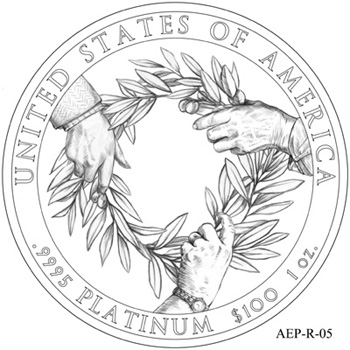 At a separate meeting the Citizens Coinage Advisory Committee (CCAC) had recommended alternative AEP-R-01. The CCAC’s specific comments and other details of the meeting will be provided in a future Coin Update News article. 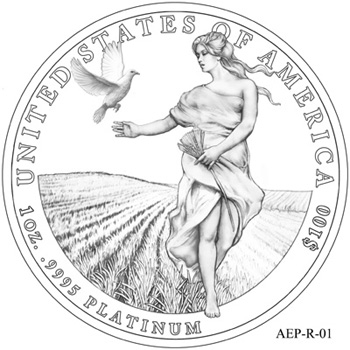 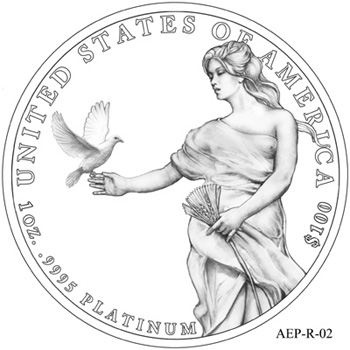 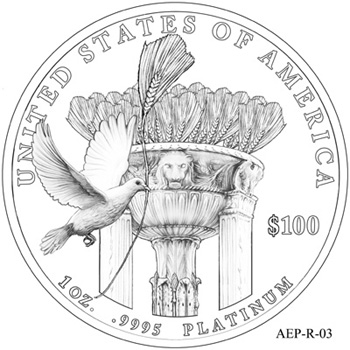 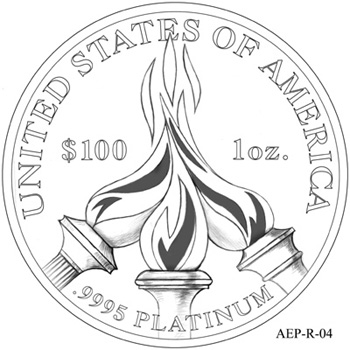 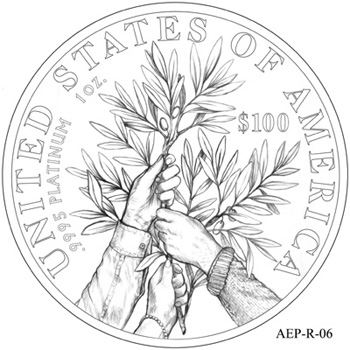 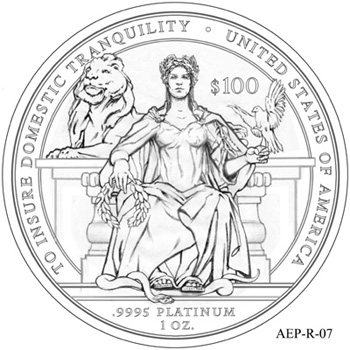 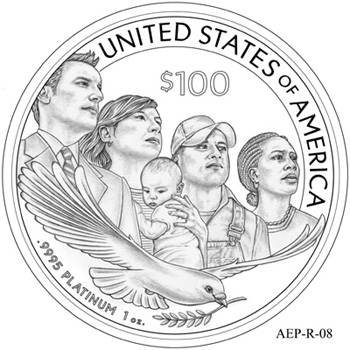 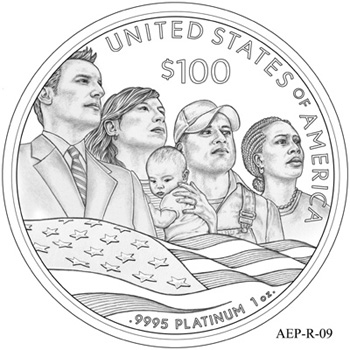 The United States Secretary of the Treasury has the final authority to select the design for the 2011 Proof Platinum Eagle.

For the two previous issues of the “Foundations of Democracy” series, the Secretary chose designs recommended by the CCAC, rather than the alternate designs suggested by the CFA.