The Perth Mint has announced the details and revealed the designs for the 2012 Australian Silver Koala bullion coin series. Each year, they have created an original design for the 99.9% silver coins, available in a range of weights. 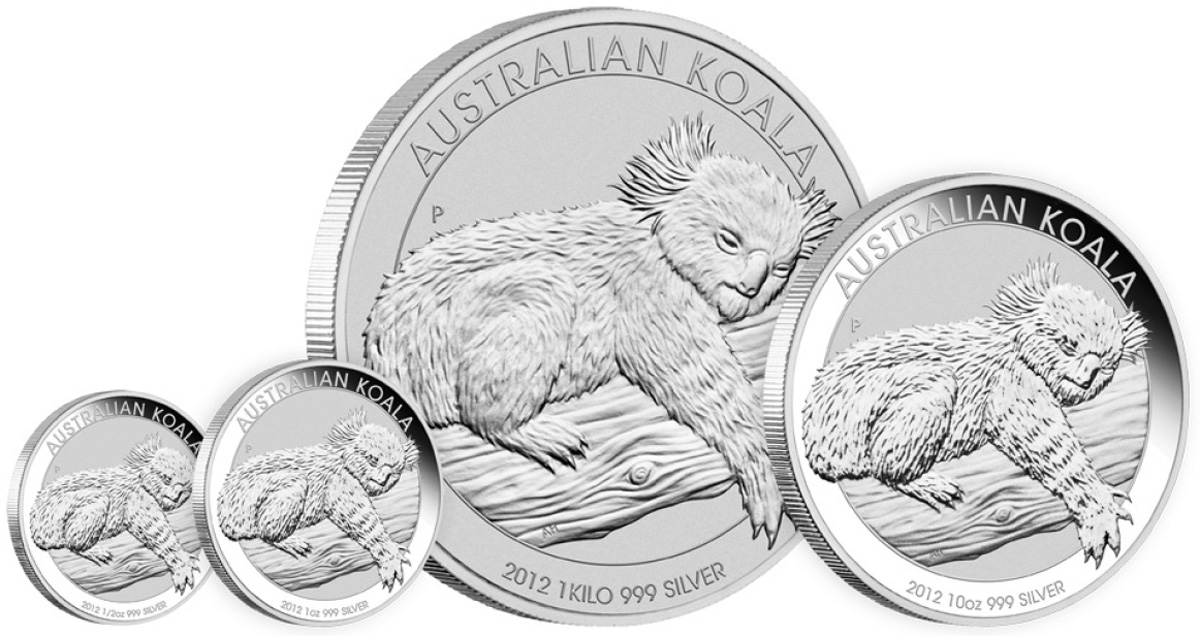 The design for the 2012 Silver Koala features an adult koala, sleeping on a tree branch. The surrounding inscriptions include “Australian Koala”, the year “2012”, the silver content, and “999 silver”. The Perth Mint’s “P” mint mark is also incorporated into the design.

On the obverse is the Ian Rank-Broadley effigy of Queen Elizabeth II and the legal tender face value.

The coins will be available in 1 kilo, 10 ounce, 1 ounce, and 1/2 ounce sizes. No mintage limits will apply to the coins for 12 months, although production will close at the end of 2012. All coins are included in protective capsules.

The worldwide release date for the 2012 Silver Koala bullion coins will be November 1, 2011.