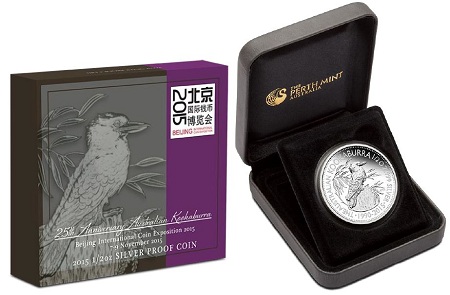 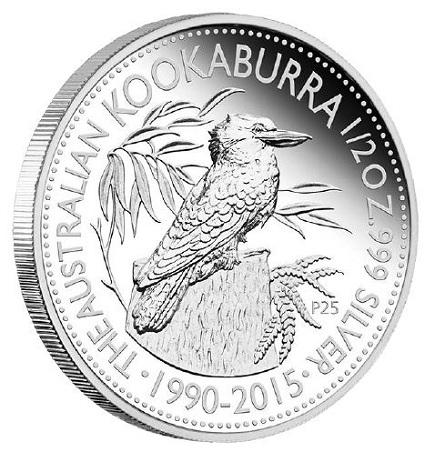 The Australian Kookaburra coin has a reverse featuring an image of a kookaburra standing on a tree stump, with a fern and eucalyptus leaves accenting the design. Inscribed around the coin’s rim are THE AUSTRALIAN KOOKABURRA, 1 OZ. 999 SILVER, and 1990-2015.

A “P25” mint mark combines the Perth Mint’s “P” with an acknowledgment of the 25th anniversary of the kookaburra reverse design, created by Dr. Stuart Devlin, and first issued in 1990. 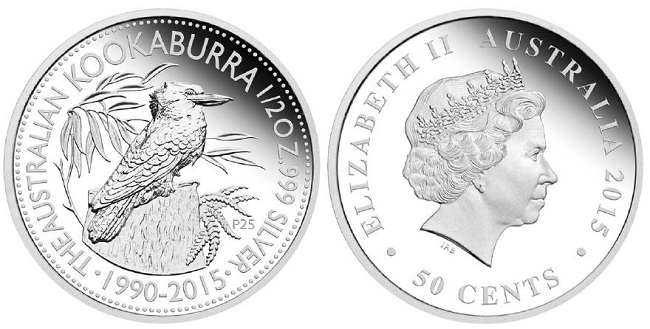 The obverse of the coin bears Ian Rank-Broadley’s effigy of Queen Elizabeth II, with the inscriptions ELIZABETH II, AUSTRALIA, and the monetary denomination of 50 CENTS. Because the kookaburra coin is an anniversary issue, its obverse also features the 2015 year-date.