The Perth Mint has issued the 2015 Disney Classic Season’s Greetings 1 oz. Silver Proof Coin, which is available for $108.18 AUD ($79.25 USD) and has a mintage limited to 10,000 pieces. The coin’s design is based on an original 1935 illustration that was featured on that year’s Disney corporate holiday card, intended for Disney artists, designers, and acquaintances in the film industry.

The coin is composed of an ounce of 99.9% pure silver and measures 40 mm in diameter. A certificate of authenticity is included in the packaging, which is a replica of Disney’s original “Season’s Greetings” card. The product page for the item points out that this is the first Disney collectible coin to feature art from Disney’s past corporate holiday cards. 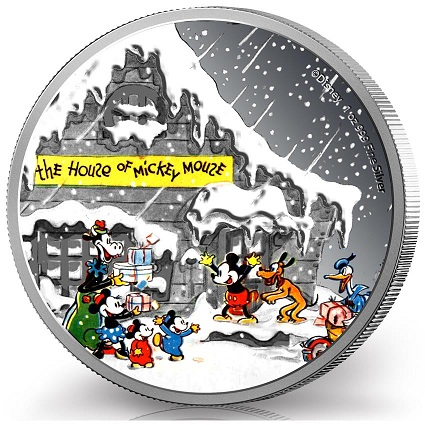 The obverse reproduces the image taken from the card and features classic color depictions of Disney characters like Mickey Mouse, Minnie, Donald Duck, and Pluto exchanging gifts in the snow. The snow-covered home behind them bears a yellow sign that reads THE HOUSE OF MICKEY MOUSE. 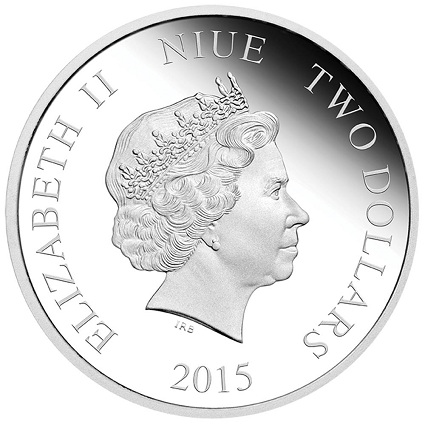 The obverse features Ian Rank-Broadley’s portrait of Queen Elizabeth II, with the inscriptions ELIZABETH II, 2015, the coin’s denomination of TWO DOLLARS, and NIUE, the country of issue.