The Saltwater Crocodile is the largest reptile in the world and is found in suitable habitats from northern Australia through Southeast Asia to the eastern coat of India. Males can grow to 7 meters in length and weigh over 1,000 kilograms. Females are much smaller and reach only 4 meters in length and 100 kilograms in weight. The Saltwater Crocodile is an extremely formidable and opportunistic predator capable of killing almost any animal that enters its territory. Due to their size and distribution, they are the most dangerous of all crocodiles to humans. 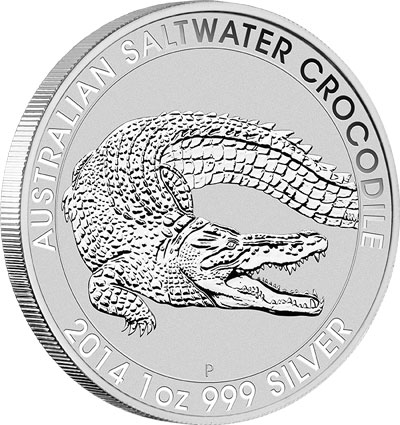 The reverse design of the silver bullion coin features the image of a large Saltwater Crocodile with its mouth open, displaying its sharp teeth. The Perth Mint’s “P” mint mark appears below. The “2014” date along with precious metal weight and purity “1 oz 999 silver” are inscribed.

On the obverse of the coin is the Ian Rank-Broadley effigy of Queen Elizabeth II and the monetary denomination of “1 Dollar”. The silver bullion coin is issued as legal tender under the Australian Currency Act of 1965.

Each coin is struck in 1 troy ounce of 99.9% pure silver with a diameter of 40.60 mm. A maximum mintage of 1,000,000 pieces worldwide has been established. CNT has been appointed as the exclusive distributor in North America.

The Australian Saltwater Crocodile silver bullion coins are presented in protective tubes of 25 coins. Each tube is sealed with the Perth Mint’s tamper evident security seal. There are 20 tubes to a monster box. 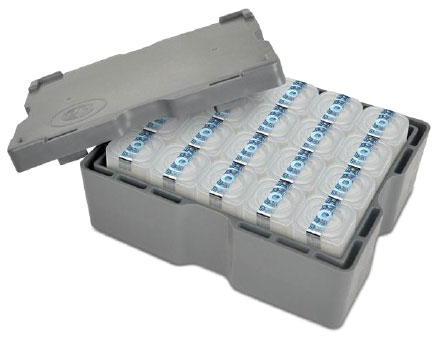 Perth Mint Sales and Marketing Director, Ron Currie commented, “The Perth Mint offers one of the world’s most extensive ranges of bullion coins and we’re delighted to add the iconic Saltwater Crocodile to our suite of fauna-themed investment pieces.”