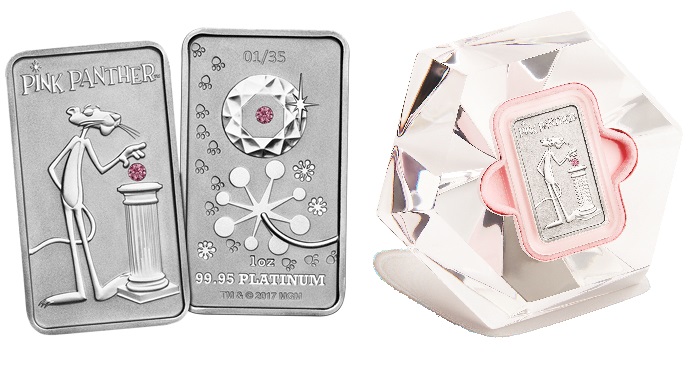 Discerning collectors can now capture the Pink Panther in pure platinum or pink gold with his hands on a rare pink diamond from Rio Tinto’s famed Argyle Diamond Mine in Western Australia’s East Kimberley region.

The Pink Panther made his debut in the 1964 self-titled comedy-mystery film. The famed feline proved so popular, accompanied by Henry Marcini’s Grammy award-winning theme music, that a series of theatrical cartoon shorts fashioned the Pink Panther Show, subsequent box office movies, and a range of memorabilia.

Struck from one ounce of 99.95% pure platinum, one ounce, and 10 ounces of 91.67% pink gold, the reverse of each ingot superbly captures the mischievous and nonchalant nature of the svelte cat as he is poised to pluck a stunning handset Argyle pink diamond from its display plinth. 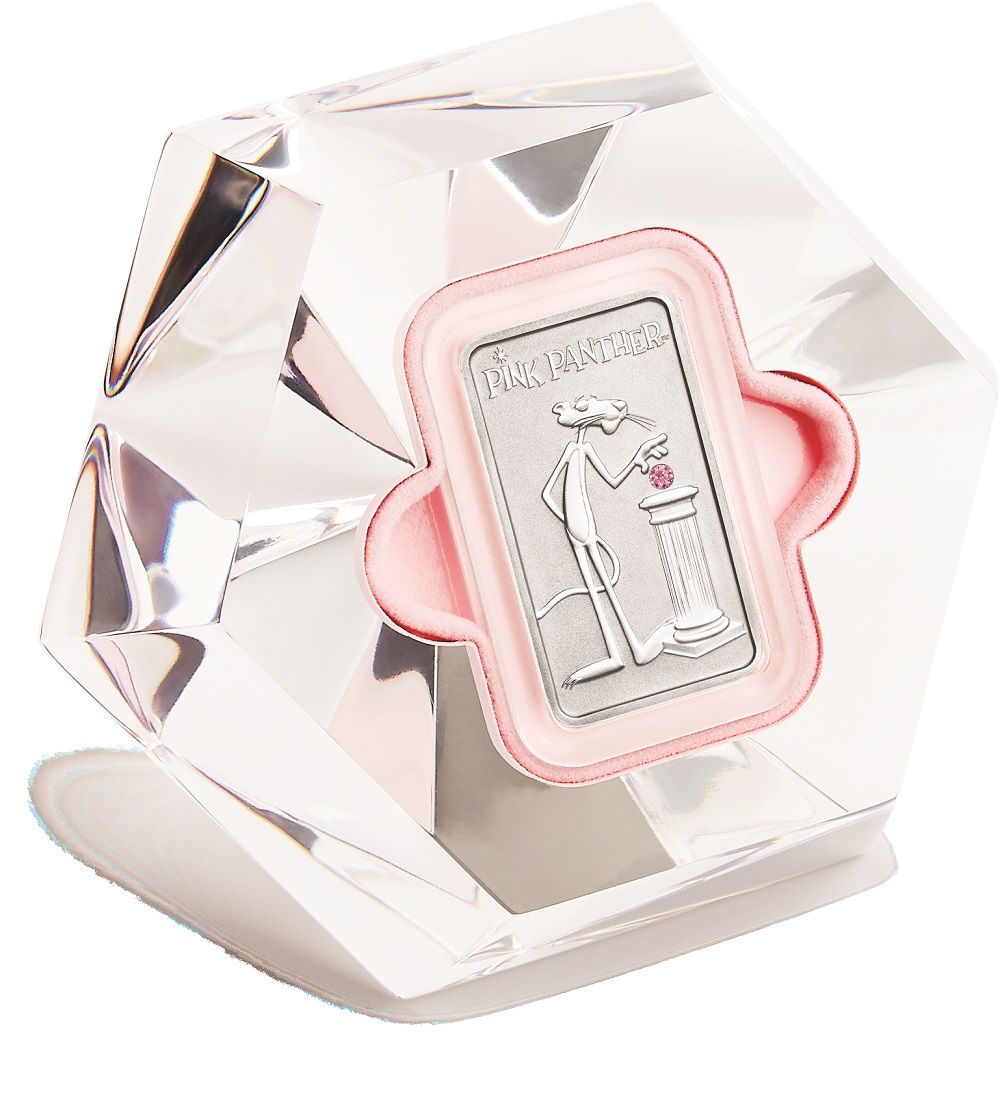 The playful artistry shows the tail of the Pink Panther wrap around the ingot to appear on the obverse where a second pink diamond is embedded and surrounded by a sculptured gemstone amid a trail of paw prints and starbursts.

“Working with Metro Goldwyn Mayer (MGM) to produce this licensed product range, which also features some of the world’s rarest coloured diamonds, the ingot collection is sure to impress Pink Panther enthusiasts,” said Mr. Hayes.


To complement the precocious panther, each ingot is housed in a transparent replica diamond embedded inside a luxurious black presentation case.

Collectors and Pink Panther fans can secure these individual ingots from the Perth Mint at 310 Hay Street in East Perth, via our online store or by telephoning 1 (800) 098-817. Collectors can also purchase the cheeky commemoratives from leading coin dealers.