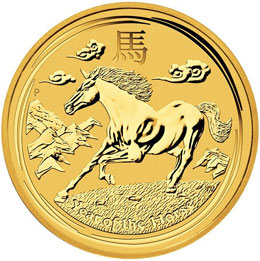 The Perth Mint of Australia has released their latest figures on the amount of gold and silver sold as coins and minted products. The monthly sales for each metal declined to their lowest levels in more than a year.

For the month of April 2014, total gold sales measured 23,461 troy ounces. This was down from the prior month when sales had reached 30,177 ounces. The latest monthly total was down significantly from the prior year period when a sudden drop in market prices had caused a surge in demand to 111,505,06 troy ounces.

Total sales of silver as coins and minted products reached 361,988 troy ounces for April 2014. This was down from the prior month sales of 545,165 ounces. Once again, the figure was down significantly compared to the prior year period of April 2013 when sales had jumped to 1,102,465,96 ounces.