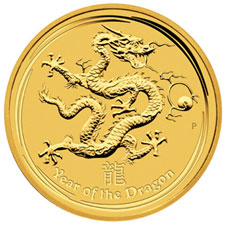 The Perth Mint of Australia has recently reported their monthly sales figures for gold and silver sold as coins and minted bars during the month of June 2012. Both gold and silver showed an increase compared to the previous month.

Gold bullion sales rose to 44,619.05 troy ounces, representing an increase of 31.89% compared to the prior month. The sales total for June also represents the highest number since the Perth Mint began publicly reporting monthly sales figures in March 2012.

Silver bullion sales reached 523,663,46 ounces, representing an increase of 19.62% compared to the prior month. This is the second highest monthly total since the start of reporting, behind the 590,636.15 troy ounces sold in March.