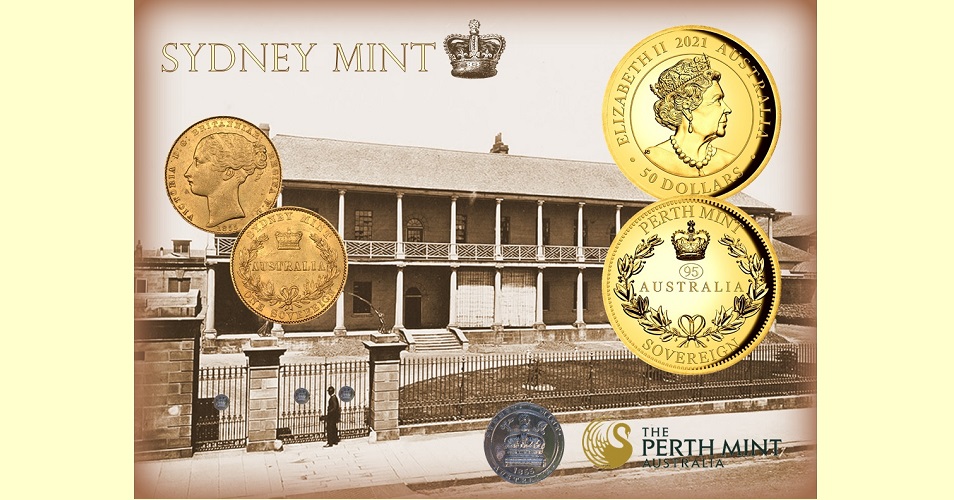 The Perth Mint has released their 2021-dated sovereign which replicates a favourite reverse design with collectors of legacy Australian coinage. Inspired by Sovereigns made at the Sydney Mint between 1855 and 1866, this year’s annual Sovereign includes a reverse design that highlights the coveted gold coins minted during this time. The coin itself has quite a history connected with its production, unlike South Australia, which overcame a currency shortage by striking the Adelaide pound coin without British government approval, Victoria and NSW followed protocol and petitioned for a branch of the Royal Mint to be established in their colonies. As such, Australia’s first official branch of Great Britain’s Royal Mint was established in a part of Sydney Hospital in 1854. The branch began receiving gold from strikes in New South Wales in May 1855, and soon issued its first coins in June that same year.  The “Sydney Mint” produced both Sovereigns and half Sovereigns with dies prepared in London and carrying designs created by James Wyon (obverse) and Leonard Charles Wyon (reverse). Though the reverse side featured a uniquely Australian design, with the words “Australia” and “Sydney Mint” featured boldly, the obverse side was similar to English coins with the plain, ribboned head of Queen Victoria noted as her first effigy. The reverse also featured the royal crown of St. Edward within a wreath of laurel, while the word “AUSTRALIA” was centred. Of particular interest was the notation of “SYDNEY MINT” placed above the design. In total, 502,000 Sovereign coins were minted that year with 21,000 half Sovereign coins having been produced. A change in the obverse was introduced in 1857 onto both denominations when a sprig of banksia, an Australian wildflower, was integrated into the hair ribbon seen on Queen Victoria. 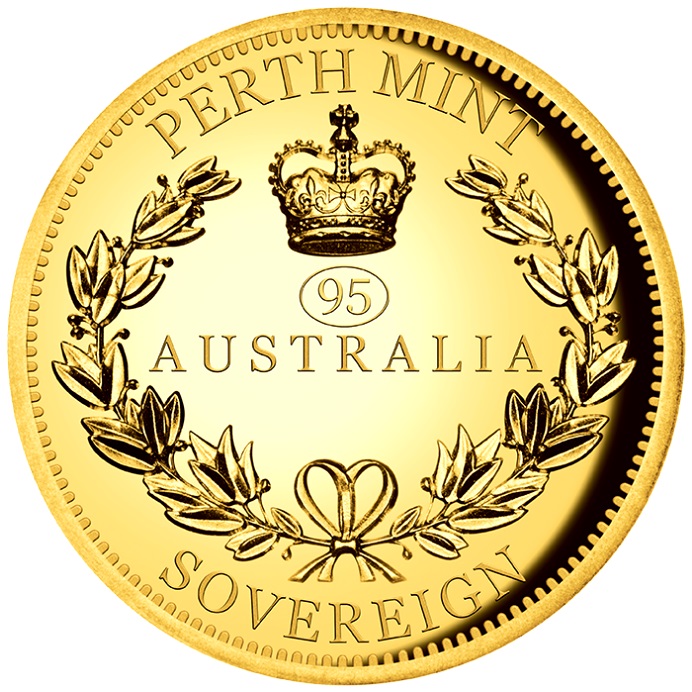 The new coins are minted as Piedforts — twice the weight and thickness of a traditional Sovereign, they are a modern tribute to the Sydney Mint Sovereign of 1855 and are also inspired by the medieval concept of an extra-thick Piedfort. As such, these coins also benefit from a high-relief striking which also incorporates an extremely significant privy mark featuring the number 95, a highly significant inclusion for royal watchers marking HM Queen Elizabeth II’s milestone birthday celebrated this year. The Australia Sovereign gold Proof high-relief Piedfort also pays tribute to James Wyon’s design seen on the original Sovereigns. 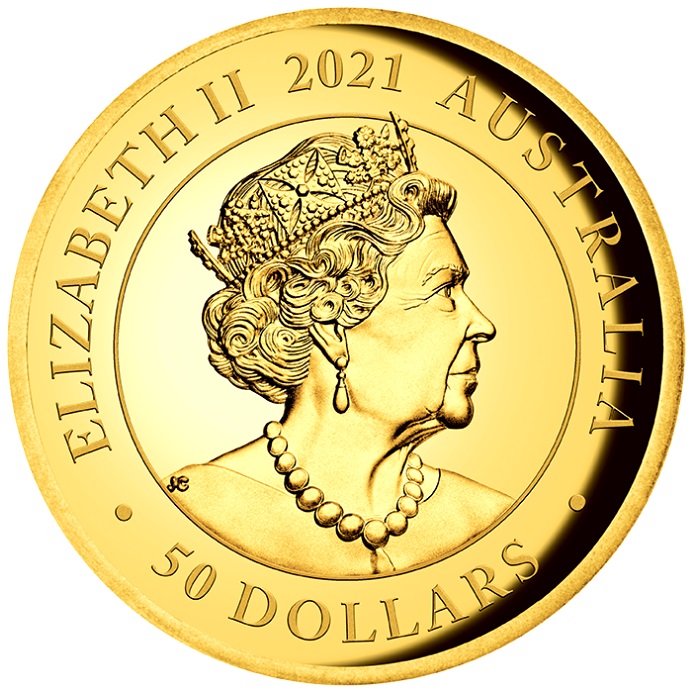 The coin’s obverse depicts the Commonwealth effigy of HM Queen Elizabeth II created by British engraver Jody Clark. The year of issue 2021 is placed above the Queen’s likeness and the denomination of 50 DOLLARS is seen below. 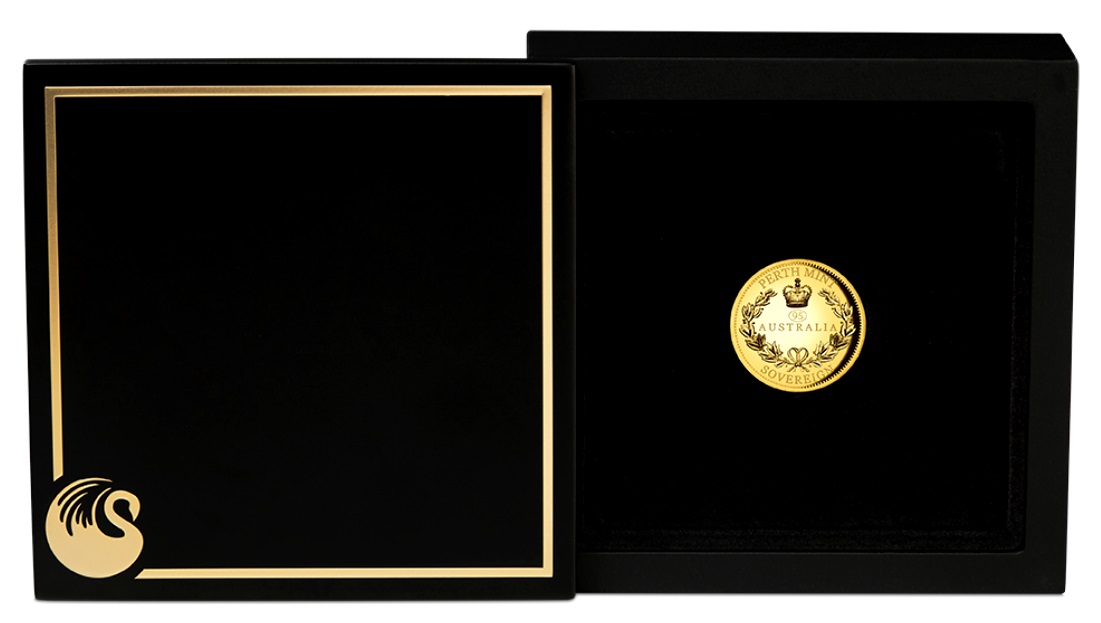 The Sovereign coins of 50 dollars are issued as legal tender under the Australian Currency Act of 1965. The Perth Mint will release no more than 300 Australia Sovereign 2021 gold Proof high-relief Piedfort pieces. Each coin is housed in a custom, polished wooden presentation case and is accompanied by a numbered certificate of authenticity. For more information about these and other coins released by the Perth Mint, please click here.