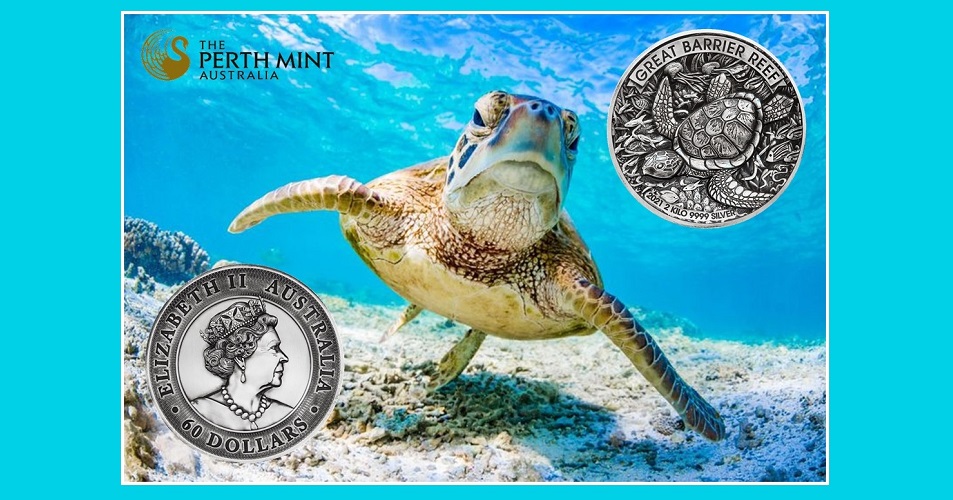 The Perth Mint has released new one-kilo silver coins featuring a high-relief design that focuses on the Great Barrier Reef — one of the most intriguing natural wonders on the planet. Located in the Coral Sea, off the coast of Queensland, Australia, the Great Barrier Reef is the world’s largest coral reef system comprising of over 2,900 individual reefs and 900 islands which stretches for over 2,300 kilometres (or 1,450 miles) over an area of approximately 344,400 square kilometres (132,000 square miles). As many refer to the rainforests as the lungs of the planet — the same can be said about the Great Barrier in terms of maintaining the largest and most diverse species of aquatic and marine life.

European exploration of the reef began in 1770 when the British explorer Captain James Cook ran his ship aground on it. The work of charting channels and passages through the maze of reefs, which was begun by Cook, continued during the 19th century. The Great Barrier Reef Expedition of 1928–29 contributed important knowledge about coral physiology and the ecology of coral reefs. A modern laboratory on Heron Island off the east coast of Queensland with an area of just 42 acres continues scientific investigations with several studies having been undertaken in other locations. 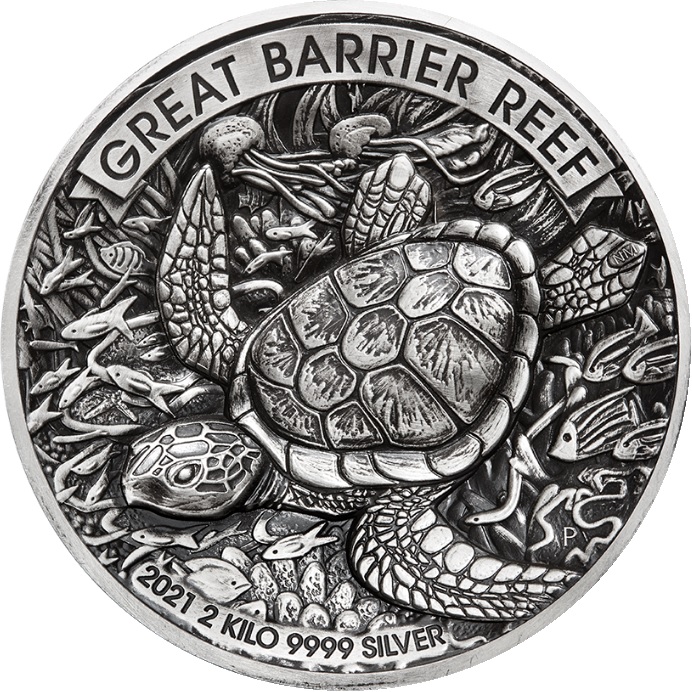 The coins are produced utilising a high-relief technique and struck on two-kilogram (64-ounce) planchets. These coins possess a diameter of 101 millimetres and a thickness of 36.6 millimetres, including a concave surface which further enhances the deep-struck detail of the design. Created by graphic artist Natasha Muhl, her work depicts a detailed background composed of fish, coral, seagrass, and jellyfish, with a green turtle centred which feeds and nests throughout the entire Great Barrier Reef area. The design also includes the inscription GREAT BARRIER REEF placed above the primary design with 2021 2 KILO 9999 SILVER and The Perth Mint’s traditional P mintmark seen below. 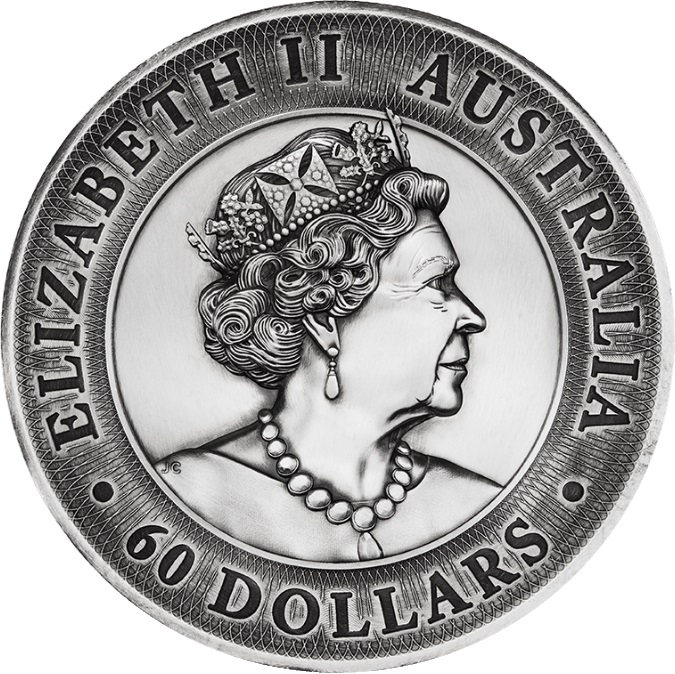 The obverse of the coin portrays a guilloche pattern shown behind the legend surrounding the Jody Clark effigy of Her Majesty Queen Elizabeth II and the monetary denomination. 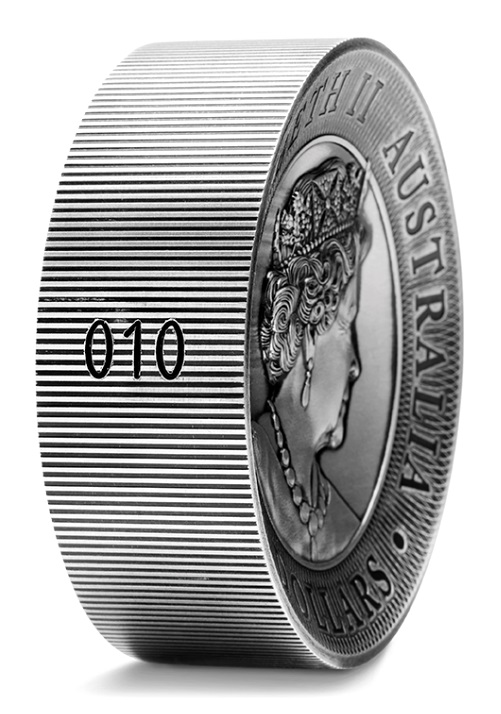 As an added feature, each coin is individually numbered on its edge from 001 to 200. 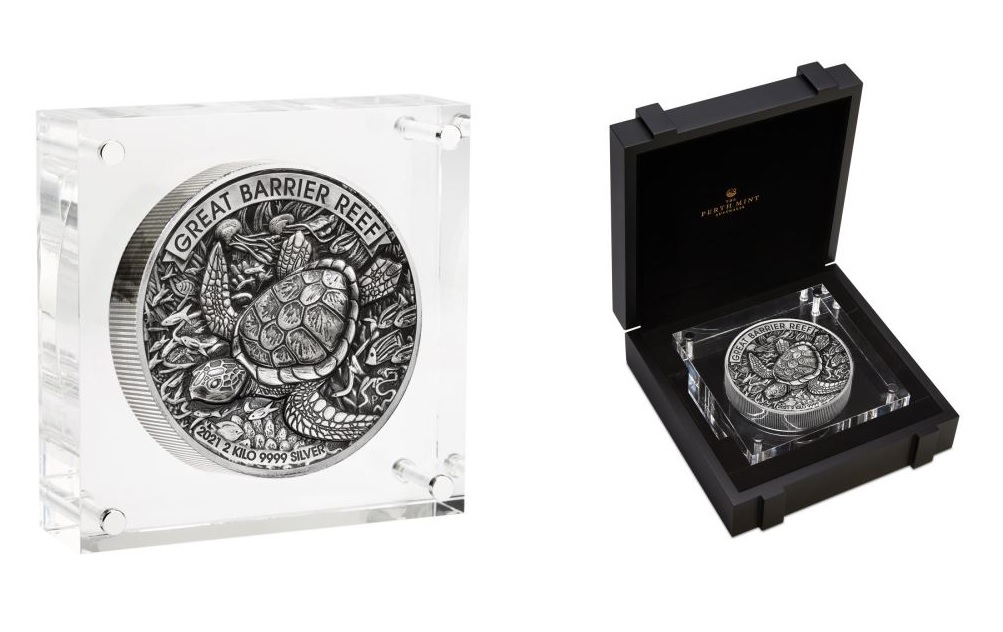 Each coin is presented in a custom case designed especially for the coin’s diameter and thickness, also enabling viewing and display of either side. The clear Perspex case sits within a wooden presentation box and is accompanied by a numbered certificate of cuthenticity. For more information about this coin and other coins offered by the Perth Mint, please visit their website.

Please note there is a delay in the production of this product. Any order containing this product will be dispatched by late May.