The coins were encountered by PAN President Tom Uram at a U.S. Mint booth at the Central States Numismatic Society’s 77th Anniversary Convention in Schaumburg, Illinois. Several images were posted to PAN’s Twitter and Facebook accounts, giving collectors glimpses of both the obverse and reverse of the coin.

You can take an early look at one of the year’s most anticipated U.S. Mint releases below. 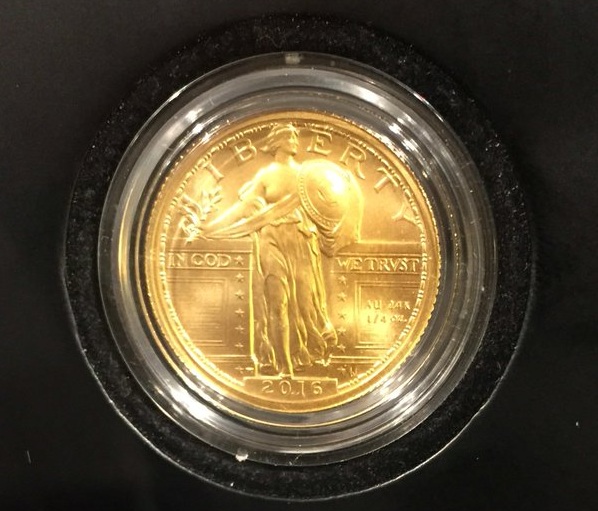 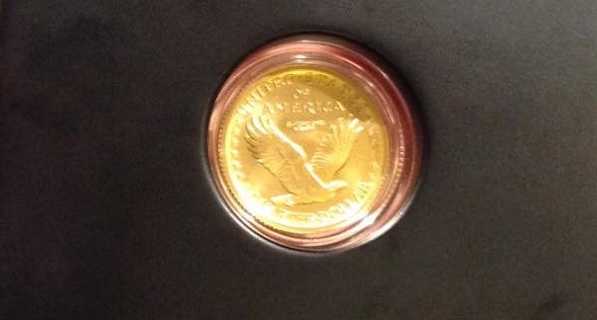 The U.S. Mint has yet to provide a release date for the 2016 Standing Liberty Quarter Centennial Gold Coin, but updates will be posted as more information becomes available. Share: