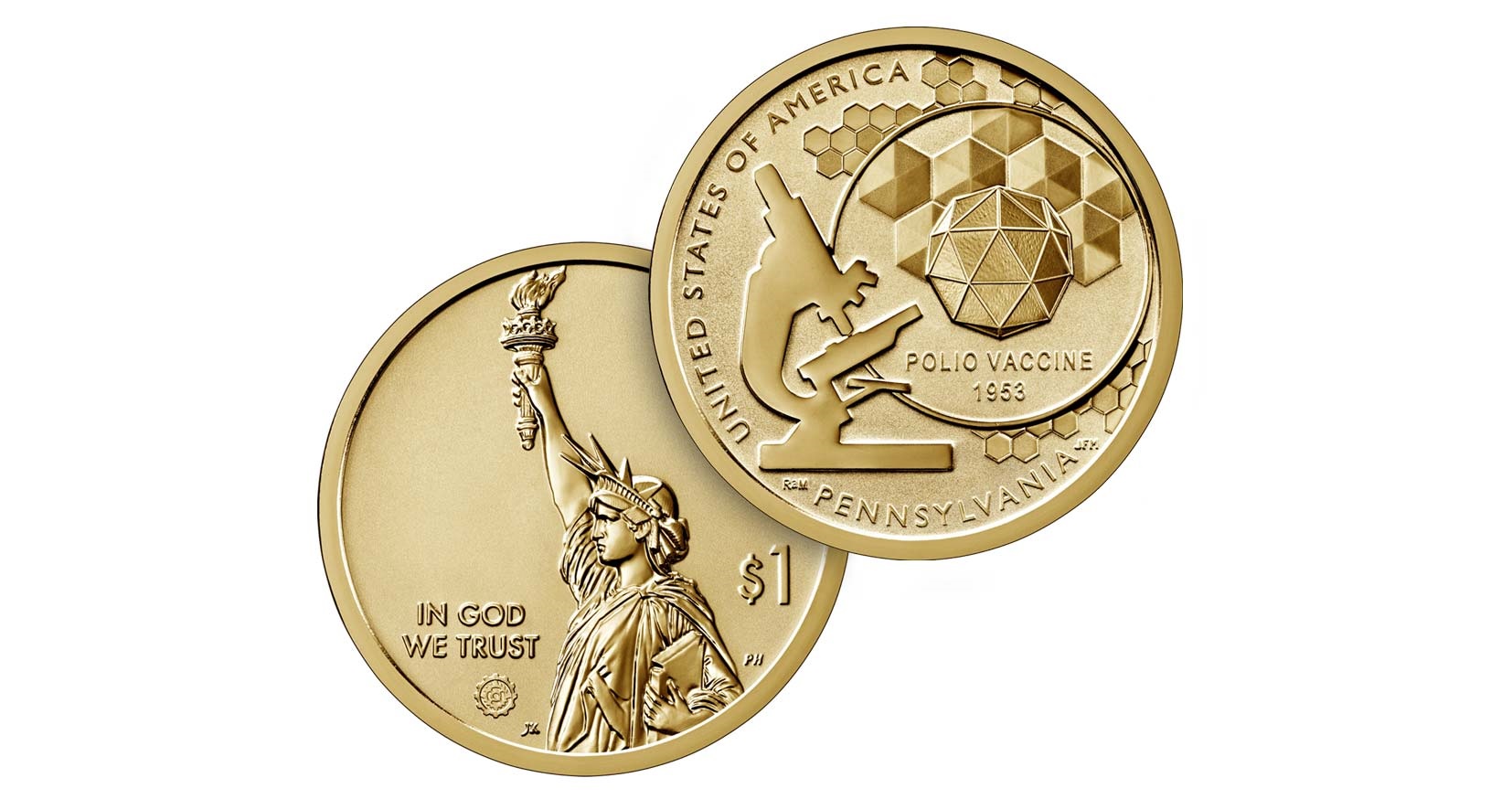 The Pennsylvania $1 coin recognizes the creation of a vaccine to prevent polio. The reverse (tails) design depicts an artist’s conception of the poliovirus at three different levels of magnification along with the silhouette of a period microscope, representing the extensive research that was conducted to develop a cure for polio. Inscriptions are UNITED STATES OF AMERICA, POLIO VACCINE, 1953, and PENNSYLVANIA. 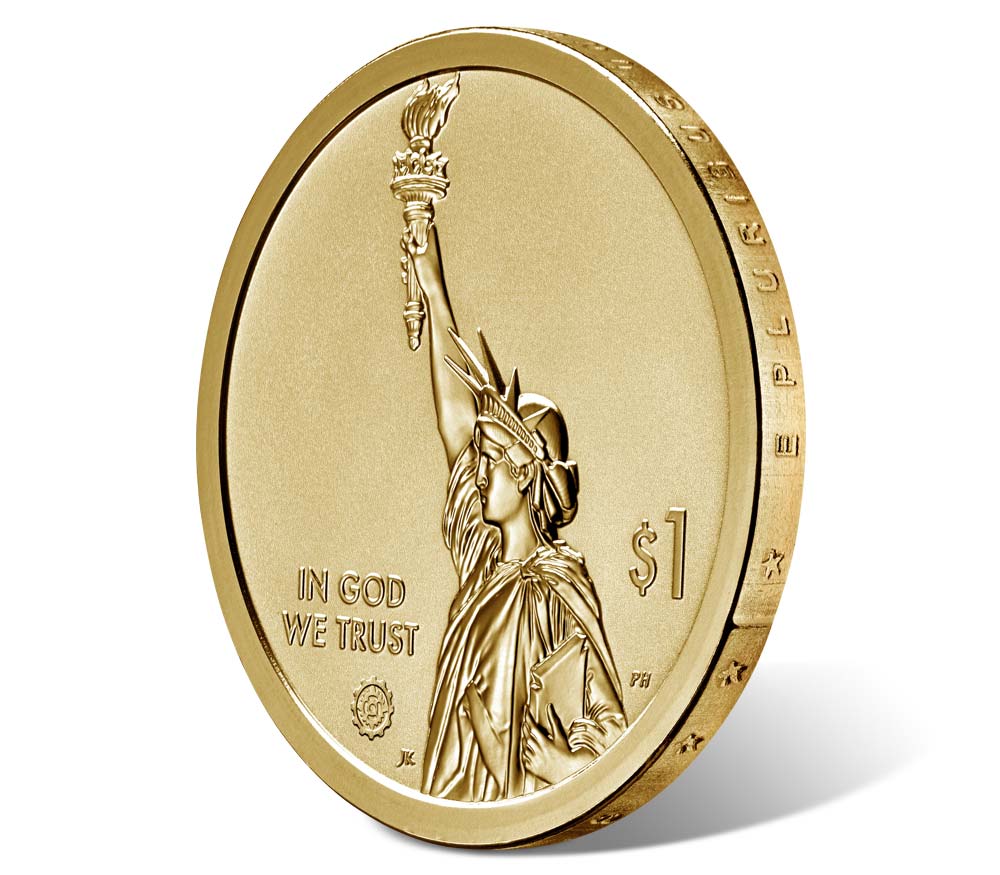 The coin’s obverse (heads) design features a dramatic representation of the Statue of Liberty in profile with the inscriptions IN GOD WE TRUST and $1. The obverse also includes a stylized gear privy mark, representing industry and innovation. 2019, the “S” mint mark, and E PLURIBUS UNUM are incused on the coin’s edge. 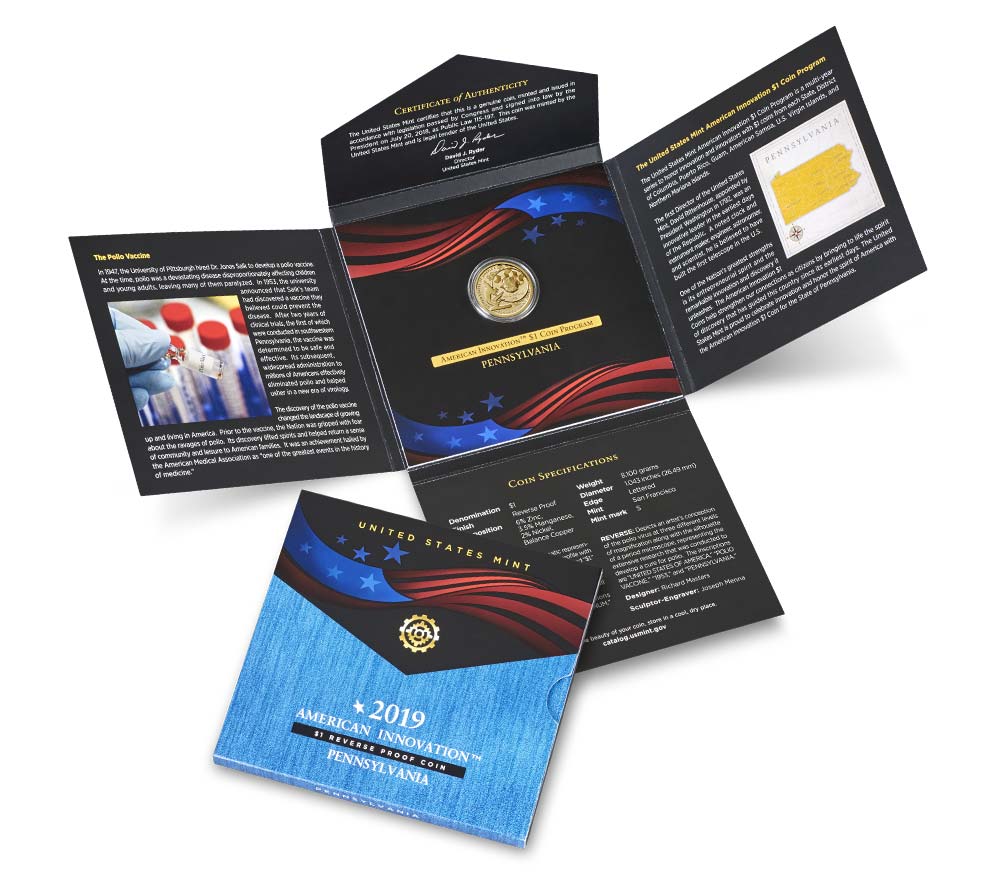 An informational four-panel envelope houses the coin. The certificate of authenticity is embedded in the packaging. 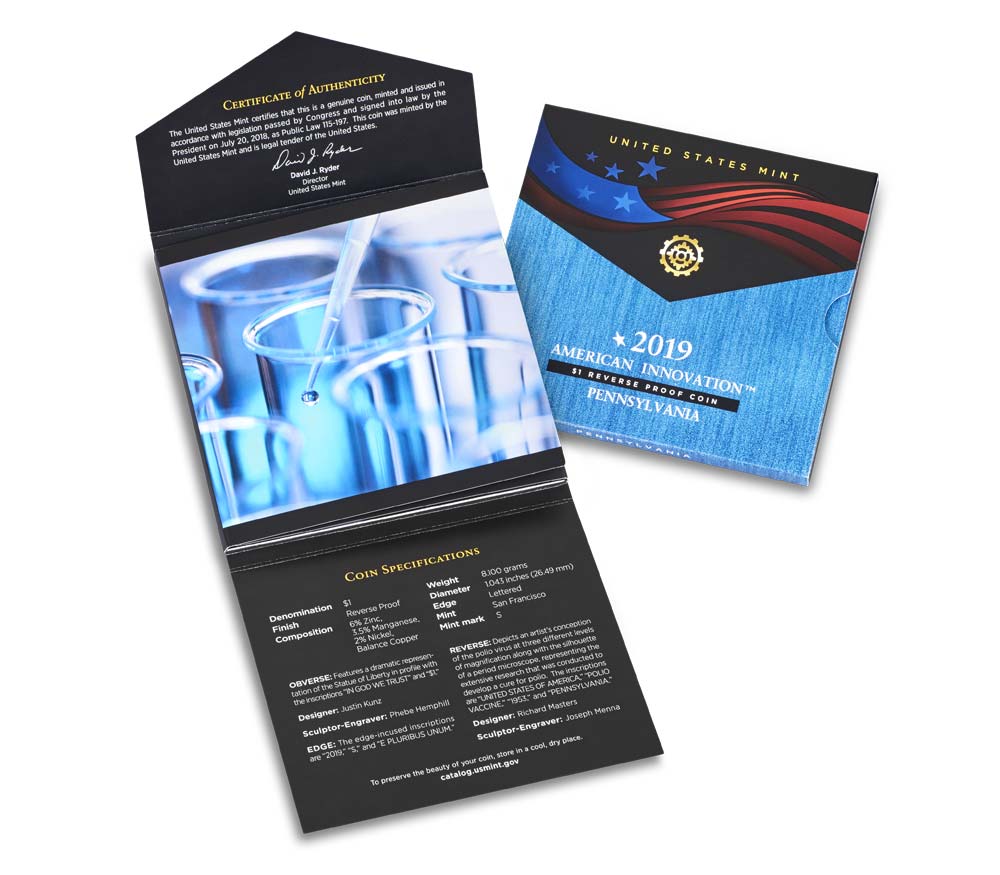 The Pennsylvania American Innovation $1 Reverse Proof coin (product code 19GF) is priced at $9.95. Orders will be accepted online and at 1-800-USA-MINT (872-6468). Hearing- and speech-impaired customers with TTY equipment may order at 1-888-321-MINT. Information about shipping options is available at the Mint’s website. 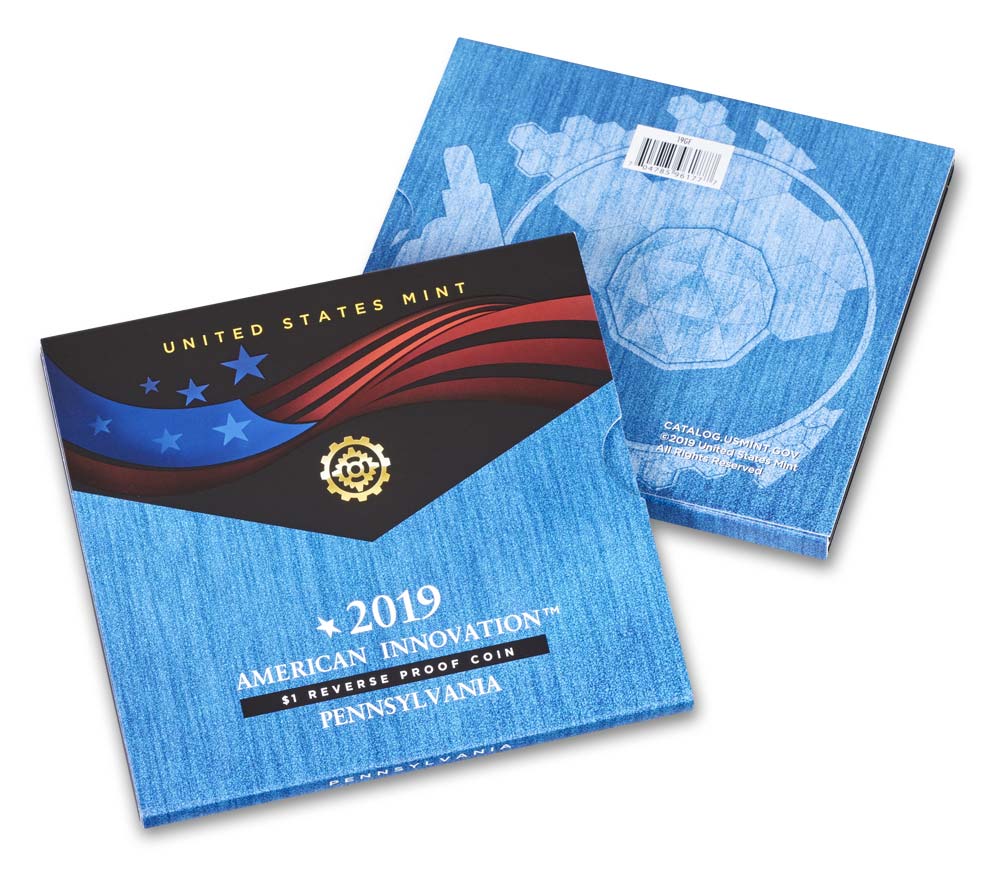 The Mint capped production of this coin at 75,000 units. Orders are limited to five units per household for the first 24 hours of sales. After 24 hours, the household order limit will be rescinded.

The American Innovation $1 Coin Program is a multi-year series featuring distinctive reverse designs that pay homage to America’s ingenuity and celebrate the pioneering efforts of individuals or groups from all 50 states, the District of Columbia, and the U.S. territories.