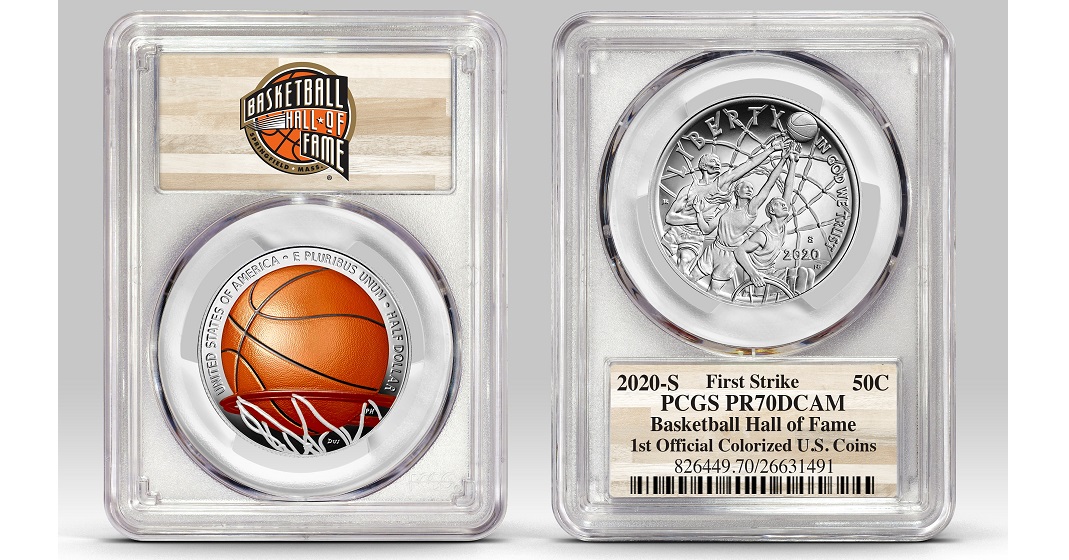 (Santa Ana, California) — August 26, 2020 — Professional Coin Grading Service (PCGS) will grade and have special insert labels for colorized 2020 Basketball Hall of Fame clad half dollars and silver dollars, the first colorized coins to ever be officially issued by the United States Mint. These special United States Mint commemorative coins, being colorized post-strike by private vendor Lularose, will be sold to the public through the United States Mint in limited quantities and are scheduled to be released starting August 28.

“We are excited to work with the Naismith Memorial Basketball Hall of Fame on grading these historic colorized United States coins,” remarks PCGS President Brett Charville. “Not only is it a thrill to be involved with this unprecedented United States Mint Commemorative Coin program, but we looking forward to adding United States coins to the growing list of colorized coins that we’ve been grading from other nations around the world for years now.”

PCGS will be offering a special label recognizing these Basketball Hall of Fame commemorative coins as the first colorized coinage issued by the United States Mint. The Mint has stipulated a relatively small mintage limit of only 75,000 colorized half dollars and 75,000 colorized dollars — mere fractions of the total production limits of 750,000 and 400,000, respectively, for those curved coins. 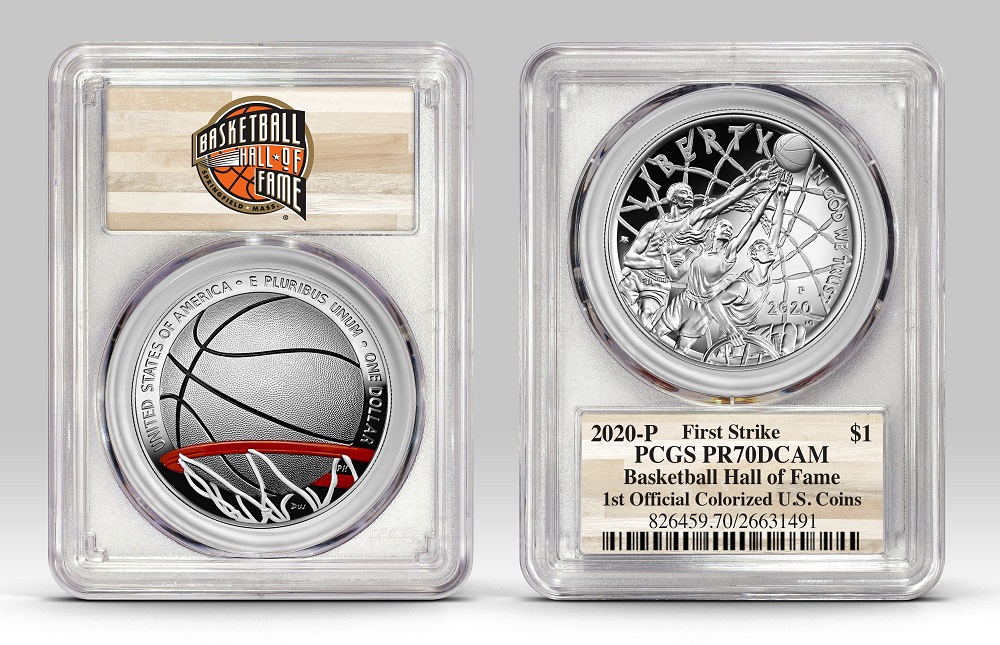 The colorized half dollar will be issued for $55 while the colorized dollar will sell for $95, with both prices being higher than for the non-colorized versions of those two coins. The United States Mint is implementing an ordering limit of two coins for each option during the first 24 hours after release on Friday, August 28, at noon Eastern Time. Those who submit their colorized 2020 Basketball Hall of Fame coins for grading at PCGS will receive a free, limited-edition Orange PCGS Storage Box while supplies last.

For more information about submitting your colorized 2020 Basketball Hall of Fame half dollars and dollars to PCGS and to find out how to receive the free, limited-edition Orange PCGS Storage Box, please visit the website of PCGS.

Professional Coin Grading Service (PCGS) is a third-party coin and banknote grading company that was launched in 1986. Over nearly 35 years, PCGS has examined and certified some 44.4 million U.S. and world coins, medals, and tokens with a combined value of more than $41.8 billion. For more information about PCGS products and services, including how to submit your coins for authentication and grading, please visit the website of PCGS or call PCGS Customer Service at (800) 447-8848.