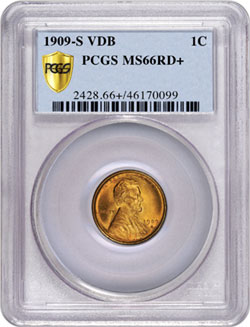 Writing this, I’m coming off a week of dealing with PCGS customer service in the USPS mishandling of some of my best regraded coins. I say this for a reason. My trust factor with PCGS rose substantially because of superior service in tracking and finding my coins and getting them to me with regular updates.

The coins arrived, and I wrote thank-you notes. Moreover, I have found grading at PCGS to be fair and consistent, for the most part. So this column is written by a satisfied PCGS customer who feels secure sending in submissions.

But this new PCGS Secure Plus program makes me feel insecure because of a few oversights in its promotional strategy.

Before delving into the matter, you need to know about the new PCGS Secure Plus. You can read the company’s promo here. You can view a series of videos here. (They’re worth viewing, too.)

PCGS says its Secure Plus program is now designating “plus grades for coins that are in the high end of their grade. Plus grades will be designated for grades EF45 thru MS/PR68, with the exception of MS/PR60 and 61. We estimate that about 15 to 20% of the coins in a particular grade will be plus grade coins.”

So as far as hobbyists like me are concerned, if I want to reholder a PCGS coin, I would need to pay a $20 fee per coin. So in general I won’t qualify for Secure Plus because my bank account is minus these days. That also makes me feel insecure; but so do a few other features.

PCGS’s new service takes a photographic fingerprint of coins to see if they have been submitted before to the company and possibly altered. PCGS Founder David Hall says his company is not in the business of grading coins 40 times for a dealer or collector to make the higher grade and claim a handsome price between the spread of two coin designations. I applaud that. I also applaud the anti-counterfeiting features incorporated in the new holder. (It’s cool visually, by the way.)

There is one problem, though, in the theme of PCGS’s new wonder machine that can track any coin no matter what a coin doctor does to it. The untold assumption is that PCGS is always right, and resubmissions are done because the collector is seeking a higher grade.

Well, I’m about to send in a coin that came back as “genuine” with a number indicating “artificial color” when there is no color whatsoever on the coin. I cracked it open and am resubmitting because PCGS made a mistake, and I know dealers and collectors who do the same because we get back mostly consistent but occasionally inexplicable grades. We resubmit, and a coin comes in with a grade we can live with because it is mostly accurate.

Grading is also subjective–to a degree. You don’t expect artificial color designations on a coin with none. That’s not subjective; that’s a mistake. That said, PCGS is a top grader because it only occasionally makes a mistake. And here’s the problem with the new promotion: You have to wait until 7:10 of the 8:10 part III video segment for a one-line acknowledgment that “matched coins (sic) grade will probably not change but there is a chance for reconsideration.”

OK. A chance. But if you want to win hearts and holders, this is a serious flaw from both a promotional and technological vantage point, a topic about which I am qualified to speak as director of a journalism school and book author on technology. In the interest of disclosure, I’m a “technological determinist”–a fancy term for a person who believes technology controls us rather than the other way around. (Just view teens texting while driving, and you’ll get my drift.)

Yes, coin doctors and registry-set obsessives may send in a coin 40 times for a higher grade. But hobbyists like me may purchase a raw coin at an auction that has been sent in previously to PCGS, only to have the computer think for the grader by providing a match and affirming a grade that actually requires re-consideration. An inherent by-product of PCGS’s Secure Plus technology will be to affirm the occasional mistake because the computer’s program says it is so.

That really makes me insecure because I want graders viewing computer matches to admit mistakes and use their new machine to provide even more consistent standards by acknowledging previous errors in judgment.

That would have been a BIG selling point for the BIG ONE (the slogan for yesterday’s announcement).