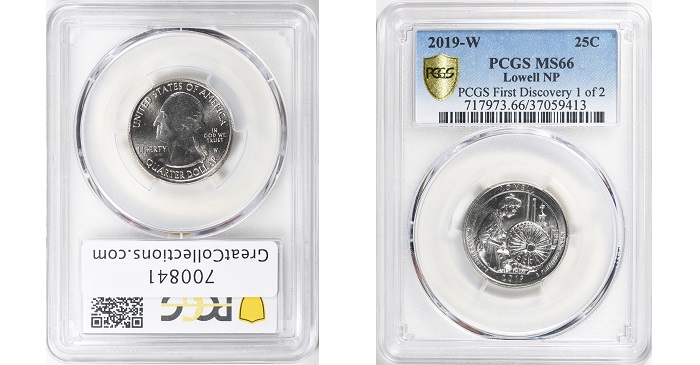 (April 15, 2019) — A Virginia coin collector is about to get his second windfall from finding one of the first, elusive West Point Mint 2019 Lowell National Historical Park quarter-dollars. 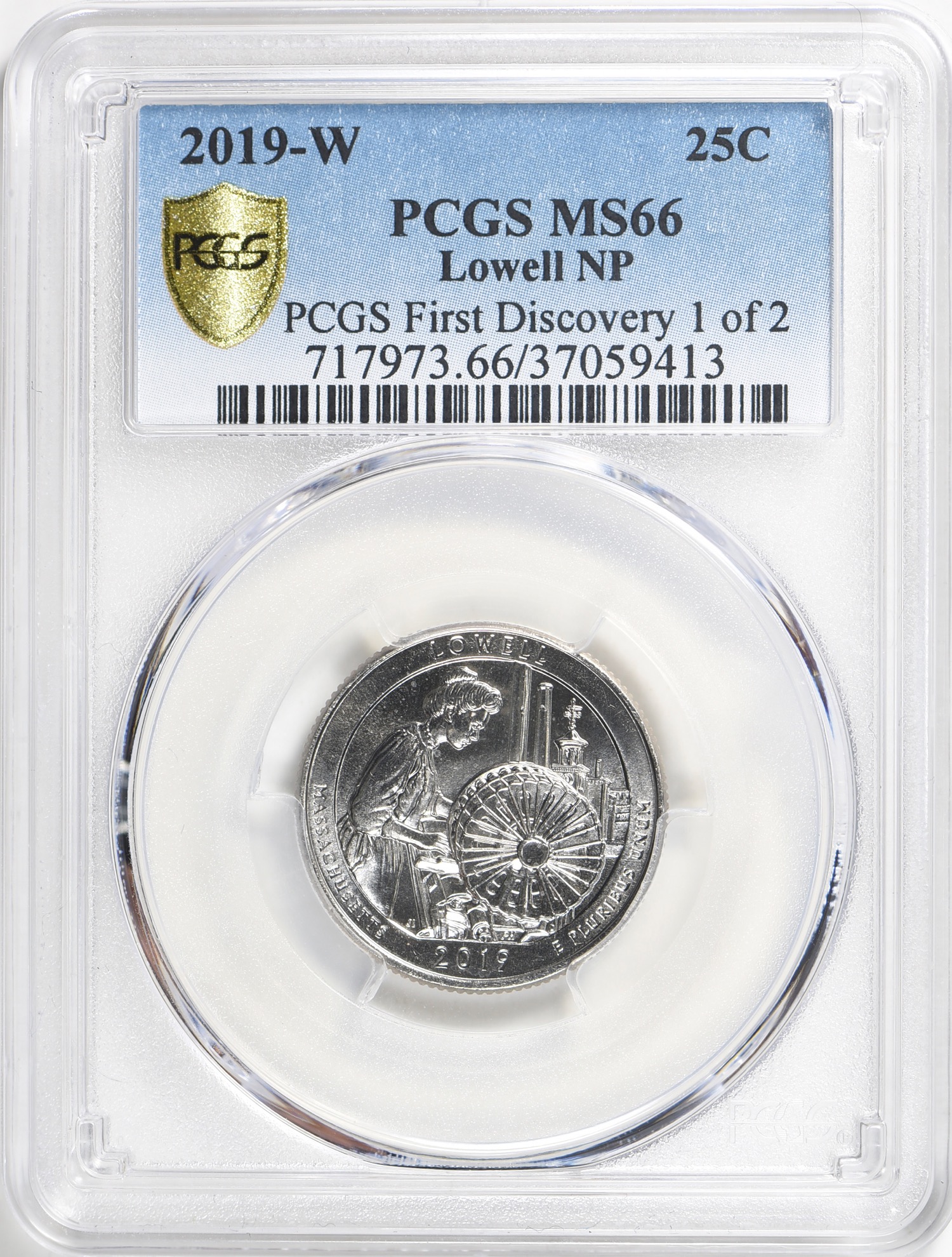 Graded PCGS MS-66, the coin owned by the lucky Virginia collector has now been consigned to a public auction to be conducted by GreatCollections and can be viewed at here. 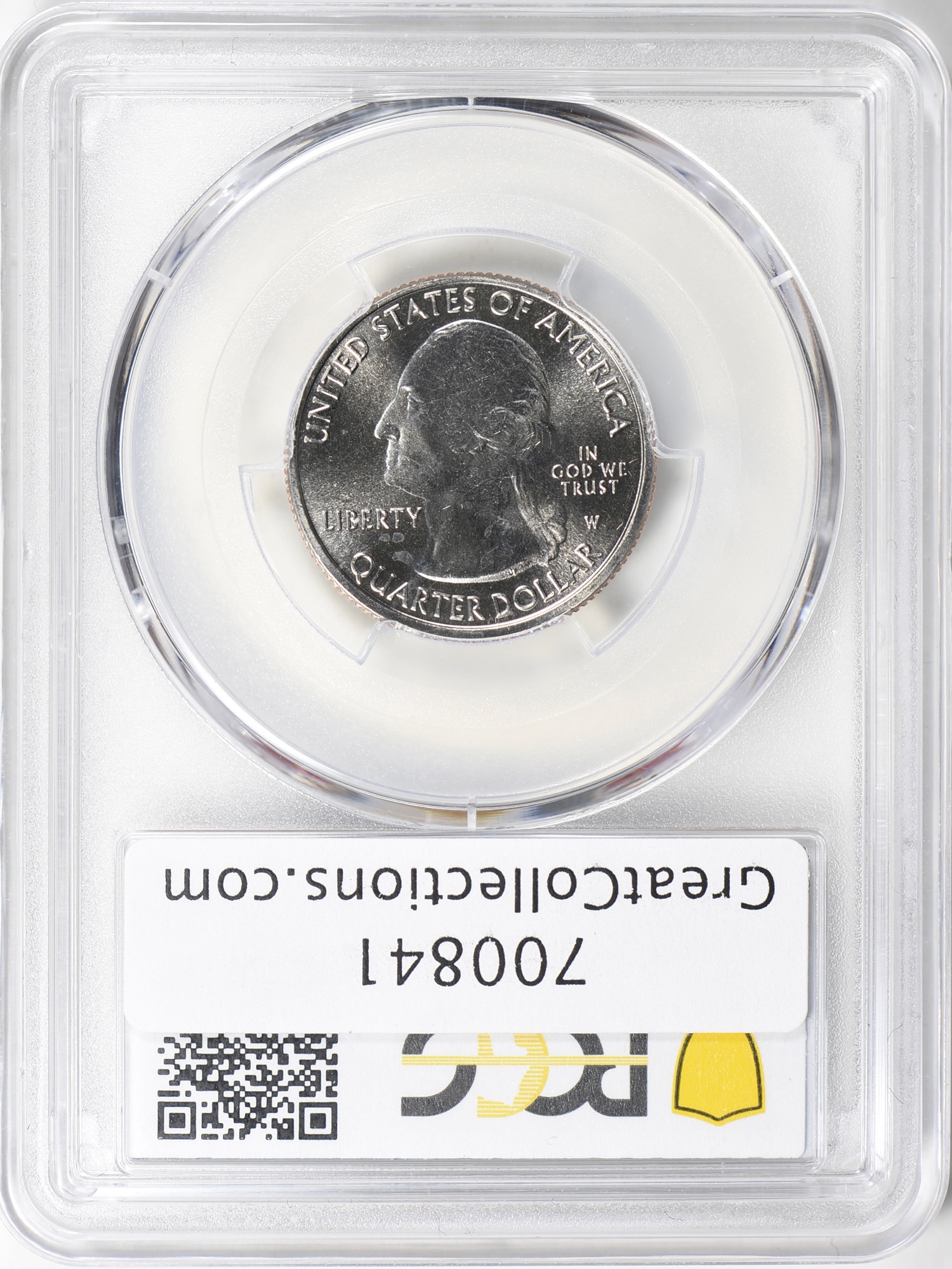 The noteworthy coin is being sold with no reserve. Bidding started at $1 on the morning of April 15. Within six hours there were 35 bidders and it had reached $1,150. The online auction will end on Sunday, April 28, 2019.

“It’s great to see the United States Mint thinking outside of the box to stimulate new collectors by introducing the first ‘W’ mint mark on a circulating quarter-dollar,” said GreatCollections President Ian Russell.

“The first coins have already caused a frenzy, with thousands of people around the U.S. searching through quarter rolls looking for ‘W’ mint marks. Personally, I haven’t found one yet, but there is still time and I am determined to find one in change!” Russell stated.

The PCGS encapsulation insert indicates a pedigree of “PCGS First Discovery 1 of 2.”

“PCGS offered a $5,000 reward to whoever submitted the first America the Beautiful series 2019-W Lowell quarter for authentication and grading. The submitter would get their coin certified by PCGS and returned along with a $5,000 bounty. Two qualifying coins arrived at our offices at almost the same time; this one from Virginia and another, now graded PCGS MS-65, from Kansas. The submitters agreed to split the reward,” explained PCGS President Brett Charville.

“Now the winning bidder in the GreatCollections auction will have the exciting opportunity to own one of the most historically significant coins of 21st century U.S. numismatics: An example of the very first circulating quarter-dollar with a West Point mint mark certified by any third-party grading service,” Charville stated.

“Excitement should only grow as special find pedigrees from the 2019-W quarter releases will have registry set bonuses for their respective sets in the PCGS Set Registry program,” he added.

Since its founding in 1986, PCGS experts have certified over 41 million coins with a total market value of over $33 billion. For information about PCGS products and services, including how to submit your coins for authentication and grading, visit the website of PCGS or call PCGS Customer Service at 800-447-8848.

GreatCollections of Irvine, California is an auction house for certified coins and paper money, as well as coins approved by CAC. Sales have exceeded $30 million over the past 12 months. For additional information, contact GreatCollections by phone at 949-679-4180 or by email at .