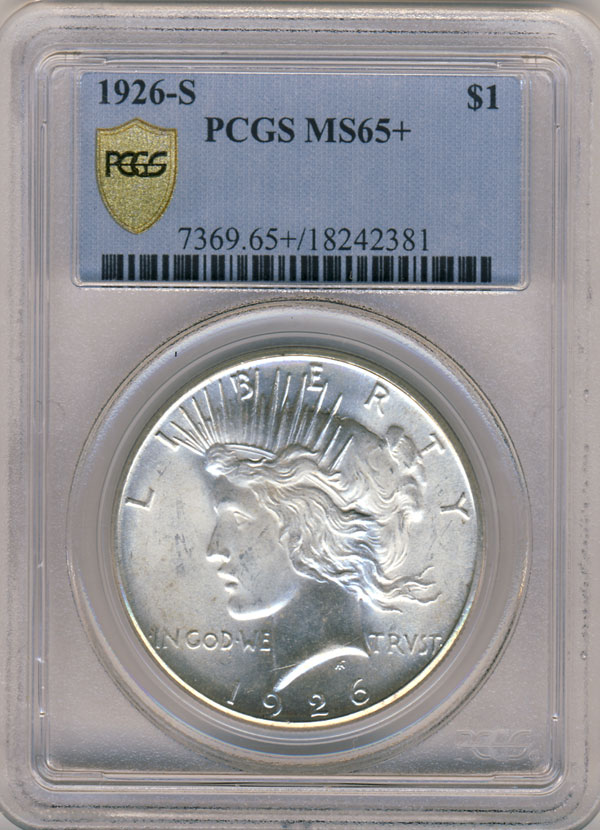 Beginning August 1, 2010, PCGS “Plus” (+) designations will be awarded at no additional charge “for all qualified coins submitted in the Regular, Express and Walkthrough service levels,” according to a news release this week.

For many PCGS members, this truly qualifies as “The Big One” rather than the “Secure Plus” announcement made earlier this spring, in which submitters had to pay for the plus designation.

Now you can get the “plus” without the “secure,” which will still cost $65 for the scanning process meant to discourage coin doctors and identify counterfeits and stolen coins.

News of the PCGS policy change was understated and, in my view, undermined somewhat from a numismatic perspective, as the plus designation will not be awarded for Economy and Modern submissions to PCGS.

In April, Michael Zielinski published a brilliant article advising NGC on its Plus Program. NGC eventually adopted all but one of his recommendations, excluding Modern coins (1955-present) from its Plus Program. That was a mistake, again as Zielinski notes, because modern coins can be graded with plus numismatically and because those coins eventually won’t be modern in the future.

Rather than doing unto NGC as NGC did unto PCGS, the latter not only excluded Modern submissions but threw in Economy ones, too.

NGC awards the plus designation for non-modern Economy submissions because, like PCGS, it can take its monthly sweet time returning those coins. That’s why Economy is cheaper than Regular, because of time, not numismatics. Moreover, NGC “Economy” level is more economic than PCGS’s, at $16 vs. $18, with no $8 PCGS handling fee (although you have to submit a minimum of five coins to NGC).

True, you can only send coins to the Economy level of both services if each is valued under $300. But uncirculated 1882-85 Carson City Silver Dollars fall into that category, for example, and certainly deserve to be evaluated economically and numismatically for “plus.” PCGS made that point this spring when noting that some coins are half-way between grades, better than an MS64, say, but really not an MS65, justifying the plus designation in the first place.

Once again, PCGS has practiced bad public relations, failing to take advantage of NGC’s oversight on Modern coins and doing the mistake one better by excluding Economy submissions.

I can see NGC’s next PR move: We will now include the plus designation on Modern submissions up to MS69 and PF69!