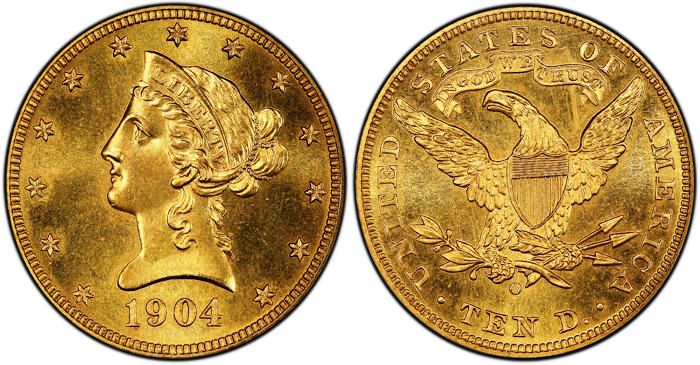 (Newport Beach, California) – The Professional Coin Grading Service has certified the 1904-O $10 W.J. Brophy specimen as a unique Special Strike, SP-68. PCGS experts have attributed the coin, which was the first gold eagle coined at the New Orleans Mint in 1904, as an SP (Special Strike) after reexamination of the coin’s surfaces.

Originally graded PCGS MS-68 in the 1990s, PCGS elevated the eagle’s status to Special Strike after a new inspection of the coin’s fresh, orange-peel-like surfaces.

“I knew of this coin as a presentation piece, but it was not until I was able to personally inspect the coin that I realized just how special it truly is,” recalls John Dannreuther, member of the PCGS Board of Experts.

“This 1904-O eagle was struck from dies that were specially prepared. You can see from the coin that the dies were polished, but not to the brilliance seen on Proofs. This coin’s surfaces are like the 1909 and 1910 Satin Proof gold issues with a rippled field effect, but it is not a Proof in our opinion.”

When a coin was made for a specific person or event, especially at the Philadelphia Mint, it was almost always struck as a Proof. The branch mints, however, did not always produce Proofs for these occasions. This 1904-O eagle was struck from dies that were specially prepared, but they were not acid treated to produce the frosty effect seen on Proof coinage, such as the well-known 1844-O half eagle and eagle Proofs. 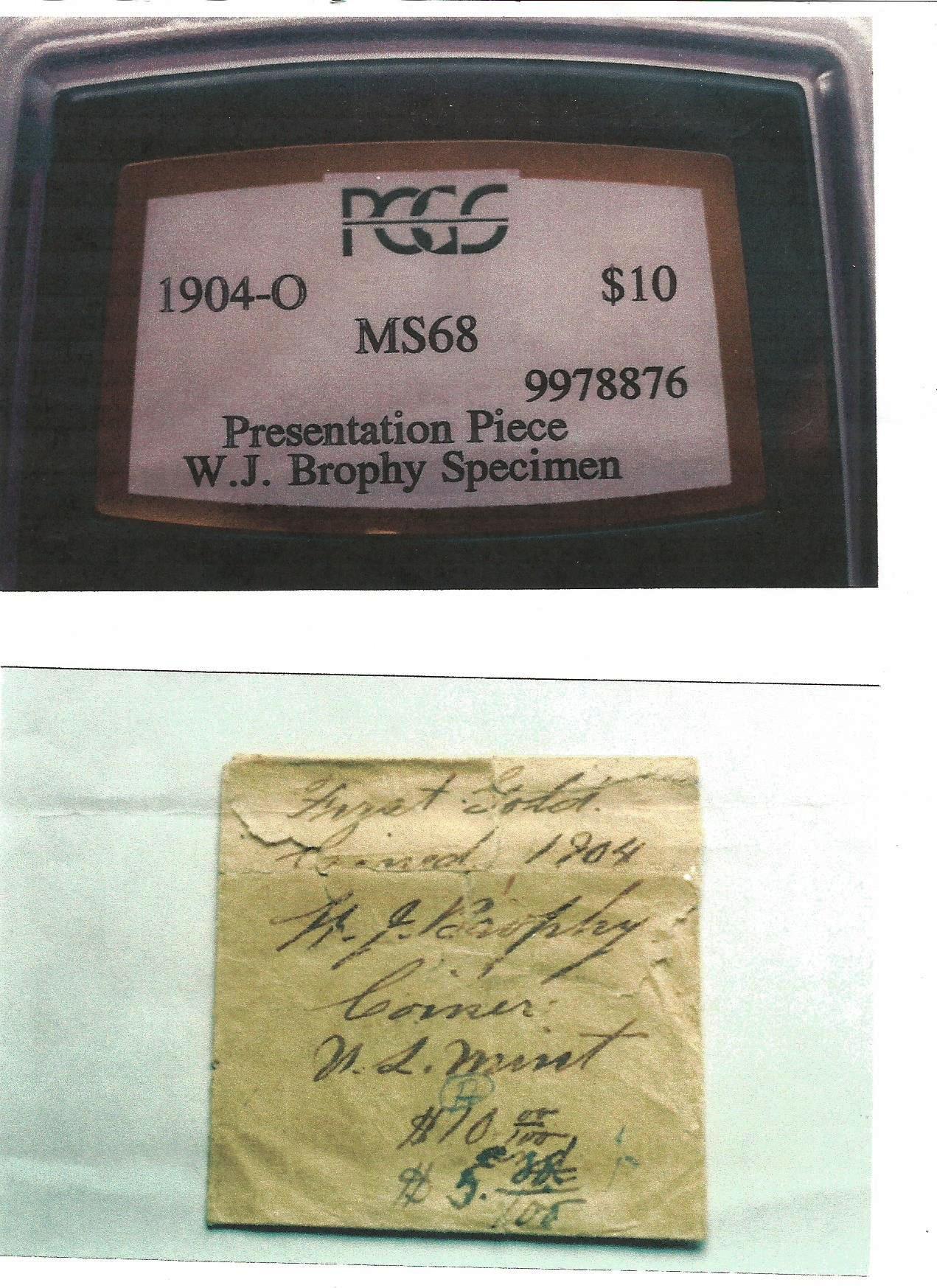 Envelope that accompanied the 1904-O eagle when the coin first resurfaced in the 1970s.

Adding to the coin’s allure is the modest, tattered old envelope in which it was stored for decades.

The envelope, which accompanied the coin through the 1970s, features a handwritten message attributing it as the first eagle coined in 1904:


PCGS states that it is unknown whether this example was retained by coiner William J. Brophy (1868–1942) or was presented to someone else with Brophy attesting to the fact that it was the first eagle struck in 1904. 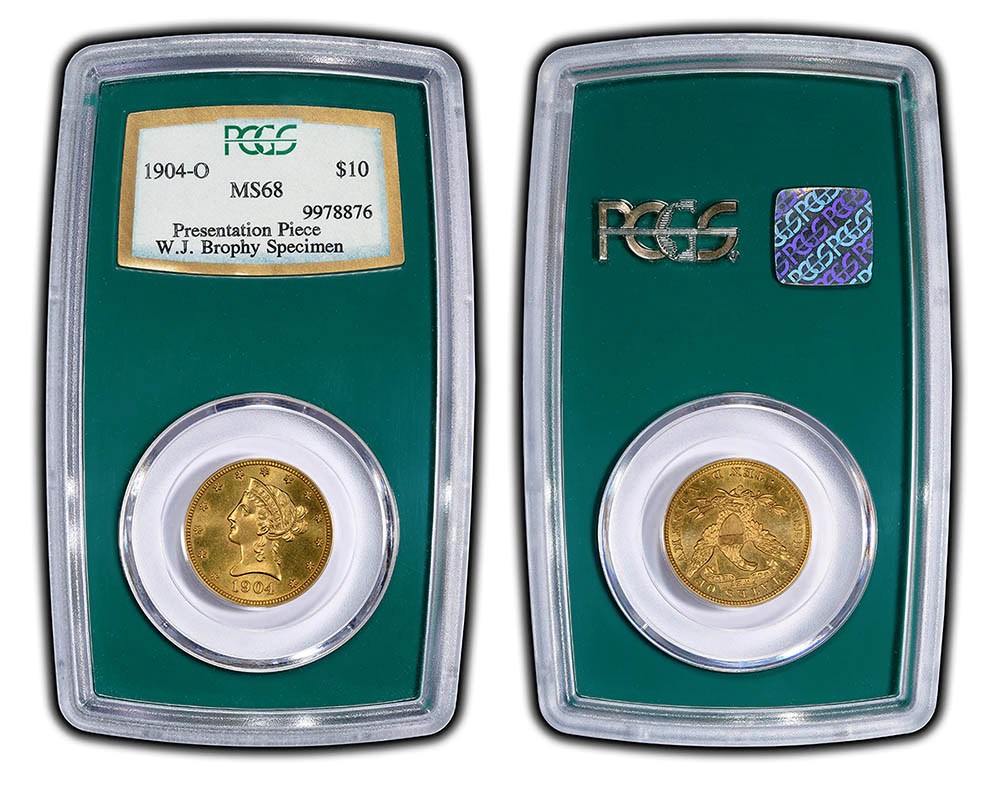 Adding to the coin’s magnificence is that it resides in a Regency holder, one of the more unusual holders ever issued by PCGS. Designed as a premium holder for rare and important coins, its awkward, oversized design and dark green background limited its popularity. Issued only from 1992 to 1996 for approximately 700 coins, today they are seldom seen in the marketplace.

This holder makes the unique 1904-O $10 SP-68 even more exceptional. The coin will not be removed from its holder to update the designation, but the changes will be reflected in PCGS population reporting.

“While we are unsure of the coin’s value due to its rarity, we can all agree it is an important numismatic piece,” continued Hall. “We are also currently still evaluating how the coin will be integrated into the PCGS Set Registry.”

Collectors can read more about this fascinating coin on PCGSCoinfacts.com.

Since its founding in 1986, PCGS experts have certified over 37 million coins with a total market value of over $32 billion. For additional information about the Professional Coin Grading Service, visit their website or call PCGS Customer Service at (800) 447-8848.