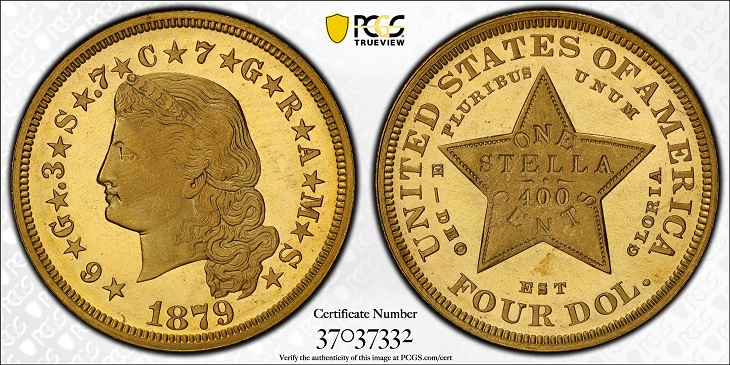 Previously graded PF-67*CA, the coin, which is one of the most sought after among collectors, was graded PR-67CAM by PCGS and now resides in the most trusted holder in the industry. “We are thrilled to have had the grading and encapsulation of this rarity entrusted to us,” said PCGS President Brett Charville, “It is always exciting to add another numismatic treasure to the long list of specimens residing in PCGS holders.” This piece is one of the finest ever graded by PCGS, achieving the grade of PR-67CAM. The quality of this coin speaks for itself, as no $4 Stella has ever been graded numerically finer by PCGS.

U.S. Coins Inc., which currently owns this piece, is excited about the coin’s future. “U.S. Coins is privileged having the opportunity to handle and offer one of the nicest $4 Stellas that PCGS has graded,” commented Blake Duncan. “We’re elated this specimen now resides in a PCGS holder, as it qualifies as being one of the nicest examples we’ve been fortunate to own.” 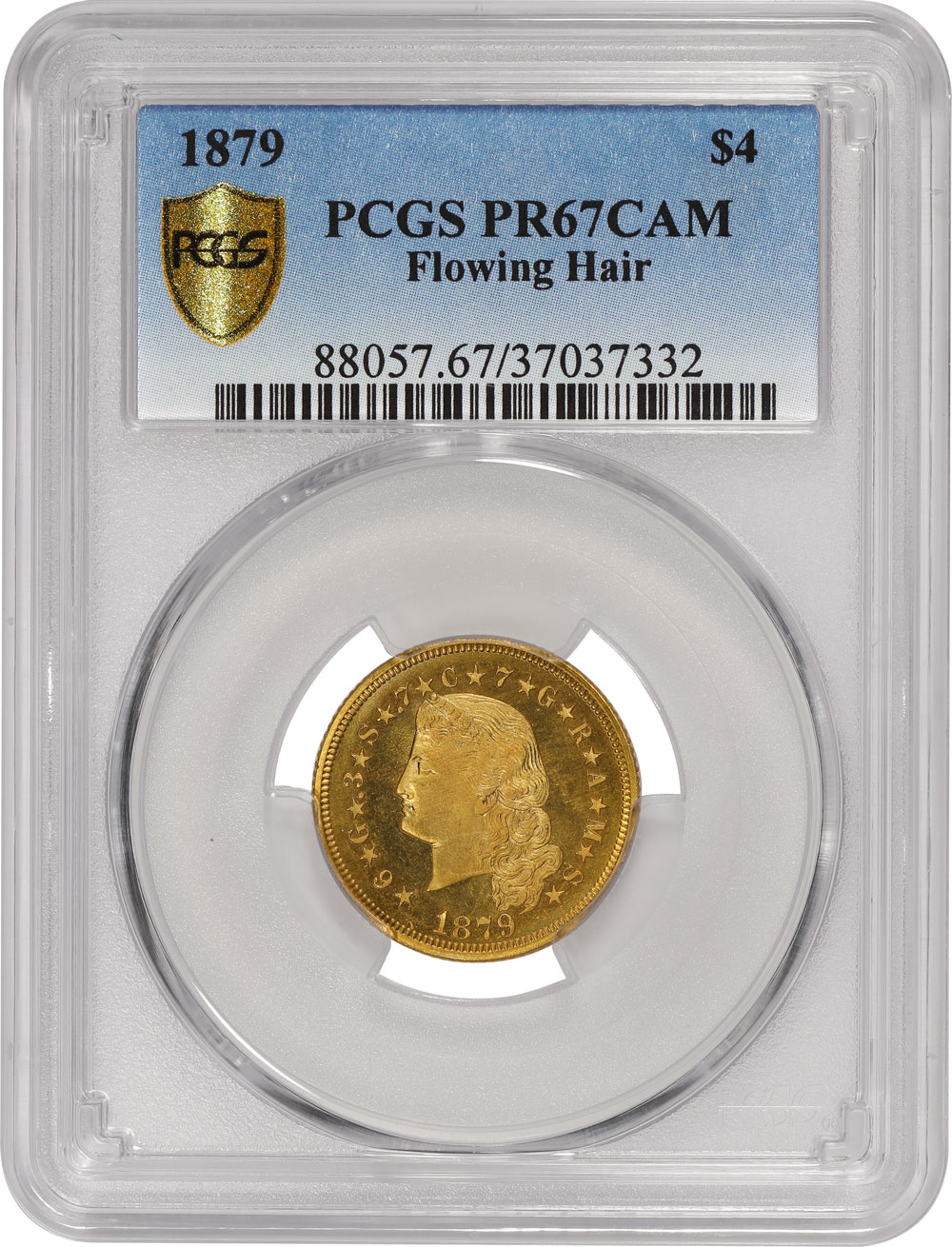 One of the finest known 1879 Flowing Hair Stellas graded by PCGS. Hover to zoom.

The $4.00 gold piece, or “Stella” (named for the large star on the reverse), was the brainchild of John Kasson, U.S. Minister to Austria. In 1879, he proposed a U.S. gold coin struck to international standards. At the time, the prevailing gold trade coins of Europe (the British sovereign, Italian 20-lira, French 20-franc, and Spanish 20-peseta) were all smaller than the U.S. $5 gold piece and the idea was to offer a U.S. counterpart to these coins.

While patterns were struck in two designs; one with Flowing Hair and one with Coiled Hair, in both 1879 and 1880, the proposal was never adopted. Some 400 additional pieces of the 1879 Flowing Hair design were made in 1880 for distribution to members of Congress and other dignitaries, and for this reason, the coin achieved a status in numismatic circles above that of a normal pattern. Its listing in A Guidebook of U.S. Coins (Red Book) has created sizeable demand and consequently, great value is attached to these pieces today.

It is estimated that 250-300 of the original mintage of 415 pieces of the 1879 Flowing Hair Stella still exist, and while it is the most “available” of the four varieties, it remains a classic U.S. rarity of the highest order.

Since its founding in 1986, PCGS experts have certified over 41 million coins from over 100 different countries with a total market value of over $35 billion. For information about PCGS products and services, including how to submit your coins for authentication and grading, visit the website of PCGS or call PCGS Customer Service at (800) 447-8848.