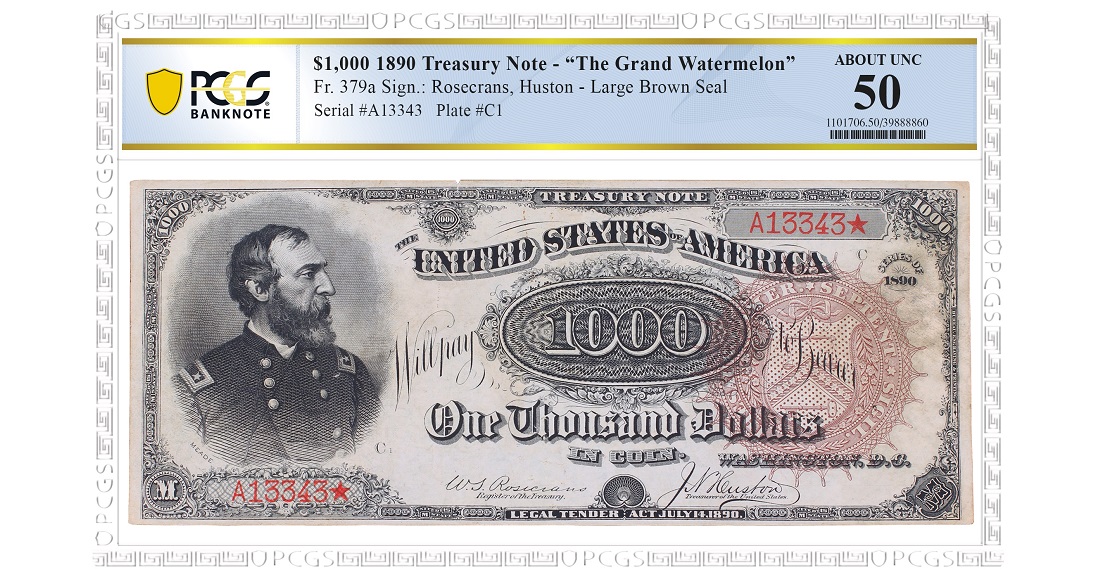 The 1890 $1,000 Grand Watermelon was the first banknote to cross the million-dollar threshold at auction

(Santa Ana, California, July 9, 2020) — The finest-known example of the ultra-rare 1890 $1,000 “Grand Watermelon” Treasury Note, which in 2005 became the first banknote to bring $1 million at auction, has been certified and graded by PCGS Banknote. Issued in $100 as well as $1,000 denominations and originally redeemable in gold or silver coin, they were dubbed “Watermelon” notes because of the color and design of the large zeroes on the reverse of the note. 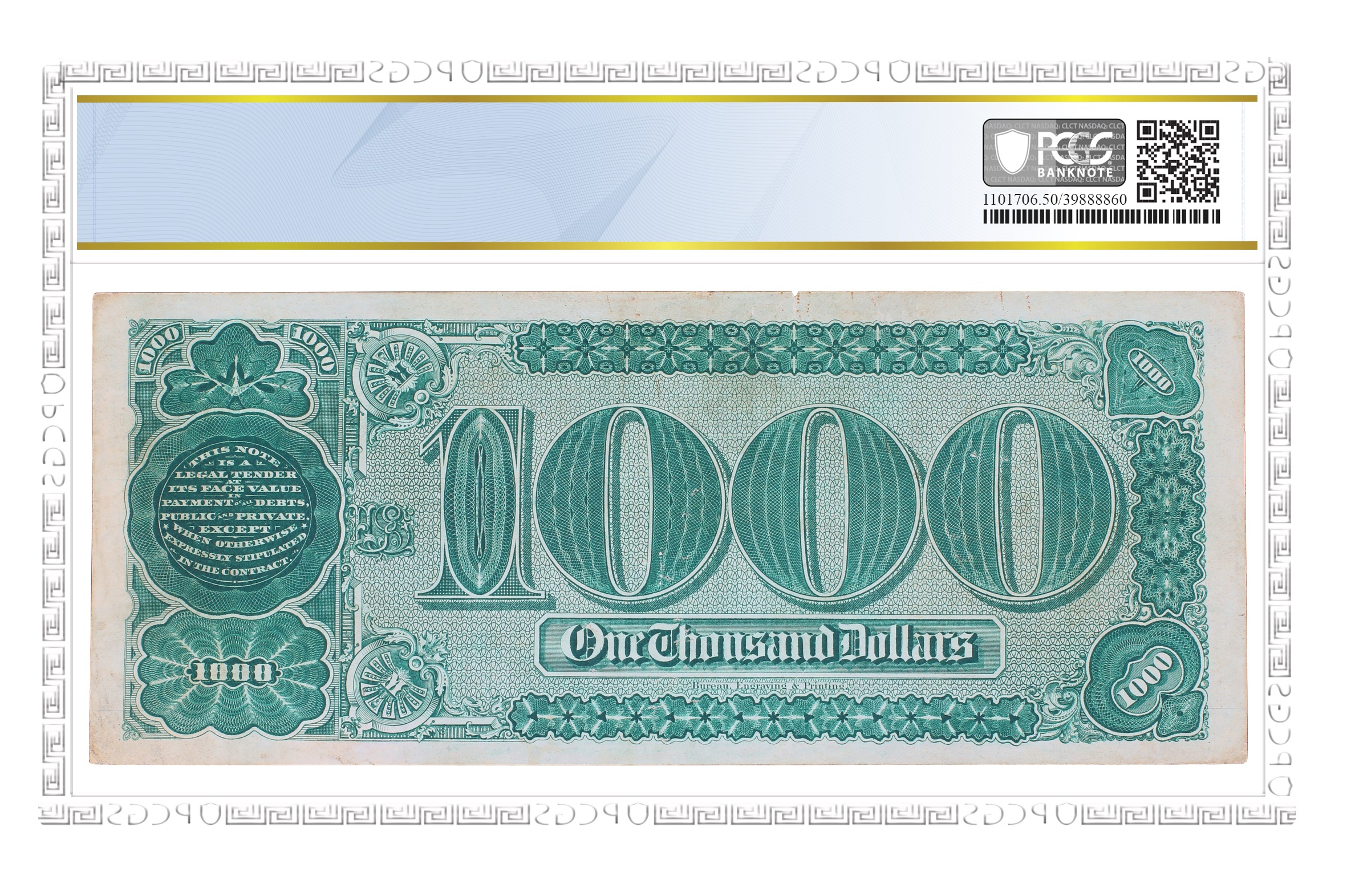 The $1,000 note, commonly referred to as a “Grand Watermelon,” is extremely rare and given the large face value of this 1890-vintage note — $1,000, roughly equivalent to $29,000 today — it was scarcely seen outside of interbank commerce. This rarity, cataloged by banknote experts Arthur L. and Ira S. Friedberg as Fr.379a, saw a tiny printing of only 16,000 and just two are known today and available in private hands. The piece PCGS Banknote recently graded is featured on the cover of 100 Greatest American Currency Notes by Q. David Bowers and David M. Sundman (Whitman Publishing, 2005).

“I am very excited to have this iconic and historic note certified and encapsulated by PCGS Banknote,” says Stack’s Bowers Galleries Director of Currency Peter A. Treglia. “I believe it continues to solidify its importance to the numismatic community.”

“Year after year, PCGS-graded coins top the list for highest auction prices realized,” says PCGS President Brett Charville. “When we relaunched our banknote grading service, we knew we would attract the best of the best. Not only does this piece represent one of the most important rarities in our hobby, but to have it come through our grading room just six months after resuming our banknote grading services domestically also highlights the trust and confidence the industry has in PCGS and underscores that our holders offer the maximum in value, security, and liquidity.”

Professional Coin Grading Service (PCGS) is the premier third-party coin and banknote grading company that was launched in 1986. Over nearly 35 years, PCGS has examined and certified some 44 million U.S. and world coins, banknotes, medals, and tokens with a combined value of more than $38.8 billion. For more information about PCGS products and services, including how to submit your coins for authentication and grading, please click here or call PCGS Customer Service at (800) 447-8848.