Editor’s Note: Coingrader Capsule columnist Michael Bugeja published a commentary in the April 18 issue of Coin World questioning a PCGS policy banning “plus” designations at the Economy service level and an NGC policy banning CrossOver coins from all grading companies, except PCGS. Each case is considered separately here for Coin Update readers with explanations from corporate executives. 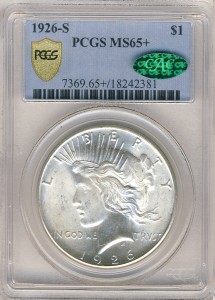 In 2010, PCGS announced a new service that awarded the plus sign which, in effect, represented a grade between two consecutive ones on the Sheldon 1-70 scale. This was only offered initially through the then-$65 fee Secure Plus level, which made a digital imprint of a coin to ensure its authenticity.

I’d feel more secure if PCGS awarded the plus sign for any submission without requiring a special price list for certain types of high-end turn-around services, the same way that its rival Numismatic Guaranty Corporation does with its star designation on routine submissions. If it’s about eye appeal, let’s not make it about price, too.

Soon after PCGS’s announcement about Secure Plus, NGC followed with its own technology and plus grades at no additional fee, except for Modern coins. Eventually, PCGS changed its policy so that the plus could be awarded at all levels, except Economy.

NGC excludes Modern coins because typically their mint or proof state is so advanced that discerning a plus between an MS69 and MS70 coin, for instance, may be too subjective for any mid-point designation. You may disagree with that policy, but at least it is based on numismatic considerations.

However, PCGS’s policy of exempting plus designations at the Economy level seems entirely fee based. It also changes how the industry views Economy service offered by NGC, ANACS and ICG as well as other third-party grading companies.

Associating grading with a service level may suggest one should “pay” for a grade or that company graders at the “Economy” level lack the numismatic skills to determine a plus (hence, submitters must pay more for expertise).

In response, Donald E. Willis, Jr., president of PCGS, noted that “plus” coins are trading at substantial premiums and that PCGS Secure Plus is giving hobbyists peace of mind in safeguarding the hobby—viewpoints that few dispute, given empirical data on the technology’s effectiveness and realized prices at auction sales.

As for the existing plus policy, Willis stated: “At this time we do not have any plans to change our Plus program but we will continue to monitor the program and listen to our customers.”

If you are a PCGS customer and would like the company to change its policy, awarding plus grades at the Economy service level, send an email to Willis at . 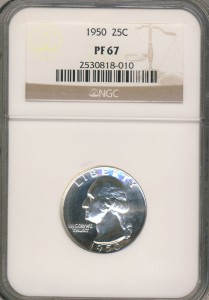 On Jan. 1, 2011 NGC changed its CrossOver policy. Submitters used to be able to send coins in holders from other companies, designating an acceptable minimum grade no higher than the one on the existing label. If the coin met NGC specifications, the company would remove the item from its holder and re-slab the coin with an NGC label.

The new policy states: “Use CrossOver service for PCGS-holdered coins only. Coins graded by other grading services must be removed from their holders and submitted raw.”

“We made the change to our CrossOver policy for one reason only: to provide submitters with the best possible experience when sending coins to NGC. During an internal review over a year ago, the NGC customer service department reported that the greatest number of customer complaints related to the CrossOver service – a very small area of our business. Customers were both confused by submissions instructions to request a minimum grade … and then they were angry at NGC when their coins would not cross.”

Schechter added that the CrossOver service was a niche offering to begin with “but we worked to refine it. We published articles on our website explaining how to use the service and how to fill out the submission form.

“In the end, we discovered that the cause of customer complaints was not the way NGC had structured its services. Instead, negative customer experiences were the result of the way that coins had been graded or described by other companies.”

After a year of reviewing the situation, NGC changed its policy, he stated.

“We did not desire to single out individual companies or particular eras of certification, and made the rule a blanket policy. We continue to accept PCGS-graded coins for two reasons. CrossOver submissions of these coins did not generate voluminous negative customer experiences, and they also represented the lion’s share of CrossOver submissions.”

While these demurs are legitimate, PCGS was exempted so that the policy is not really a blanket. Also, one aspect of the policy overlooks the reason why many submitters choose CrossOver services: to compete in set registries.

When hobbyists start a registry, logging identification numbers of a coin type in a data bank and competing for a ranking against other collectors, often they want to submit for CrossOver service any existing coins with other labels or new ones that they procure in auctions or estate sales.

In this manner, they can continue to complete cost-effectively without having to sell existing inventory.

NGC allows both its and PCGS coins. PCGS set registries only allow coins with its label, so the NGC policy actually would make more sense if its rival adopted it.

Paul A. DeFelice, vice president of Client Services and Marketing for ANACS has personal and professional opinions about NGC’s new policy that excludes his company. His personal viewpoint is, “great,” in that more people will submit CrossOvers to ANACS.

There’s a reason for that. If collectors have coins holdered by ceased or existing services—such as Dominion Grading Service or Numistrust, for instance—they have to re-holder those coins by leading companies for sale on major auction sites such as Heritage or Teletrade.

In addition to PCGS and NGC coins, ANACS and ICG (which did not respond to inquiries for this article) are accepted in these major auctions.

DeFelice’s professional opinion is that Schechter is correct in his assessment of CrossOver problems because “managing new customers’ expectations is challenging. Many new submitters do not understand the service or the benefits (and risks) of using it.”

“At ANACS,” he added, “we overcome this challenge by communicating with the submitter on the front end, setting clear expectations, and following through on the service. While this does create a little more work for us, I think it’s worth the effort.”

Email Schechter at if you wish to affirm or protest the new policy.

PCGS does not plan to change its CrossOver policy, allowing all coins holdered by other companies and designating grades according to rigorous standards—a rationale that maintains rather than alters industry standards.

“We have no plans to change our CrossOver service at this time,” Don Willis observed. “We want all the best coins in PCGS holders.”