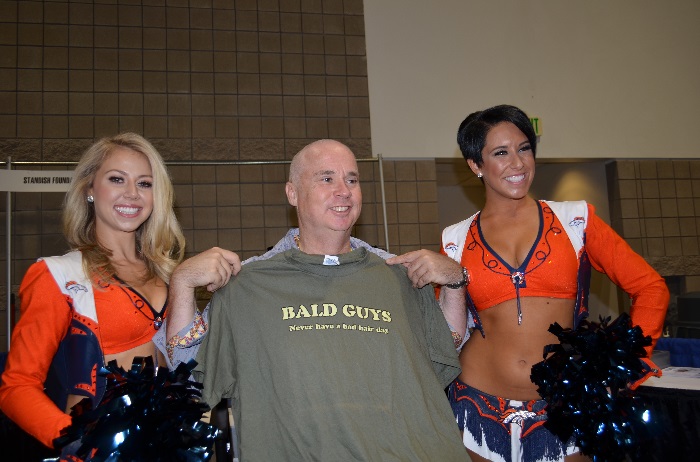 Immediately after his head was shaved, Standish held up a t-shirt printed with the words, “BALD GUYS Never have a bad hair day.”

Standish is an award-winning numismatic author and senior grader and vice president of Numismatic Guaranty Corporation. Halperin is co-chairman of Heritage Auctions and also an author of numismatic books and futurist novels. Williams is director of sales at Coin Invest Trust in Liechtenstein. 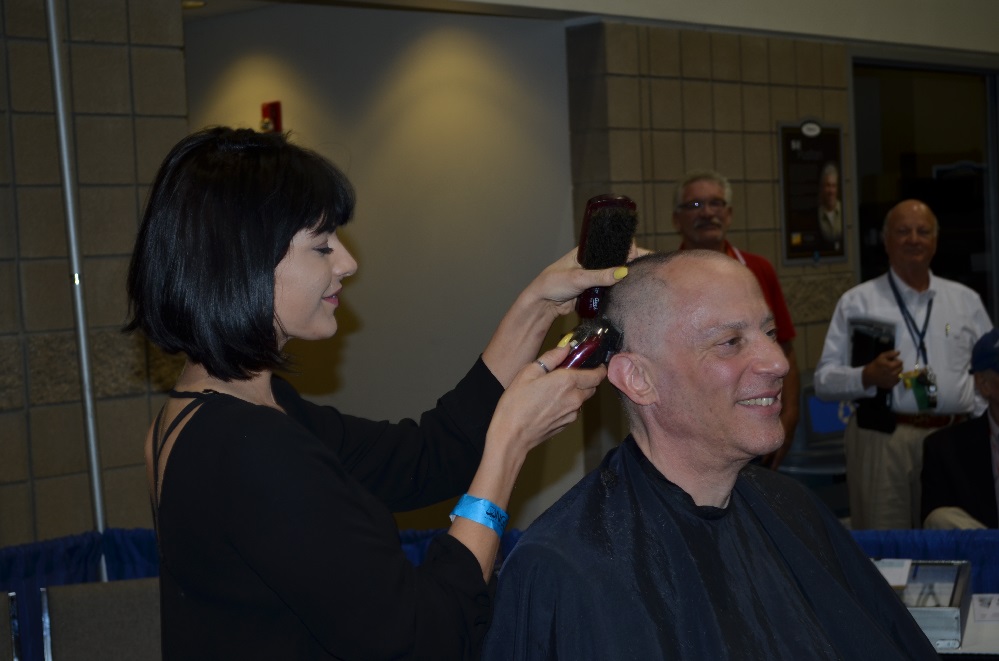 Professional stylist “Dava” skillfully removes the hair from Jim Halperin, Heritage Auctions’ co-chairman, at the 2017 Denver World’s Fair of Money to help raise $10,000 for the ANA and the Standish Foundation for Child & Family Centered Healthcare.

Harrison, of History’s popular Pawn Stars television program and the Las Vegas Gold & Silver Pawn Shop (www.gspawn.com), made the first pass of the electric cutter on Standish’s head and was among those who presented a donation check. 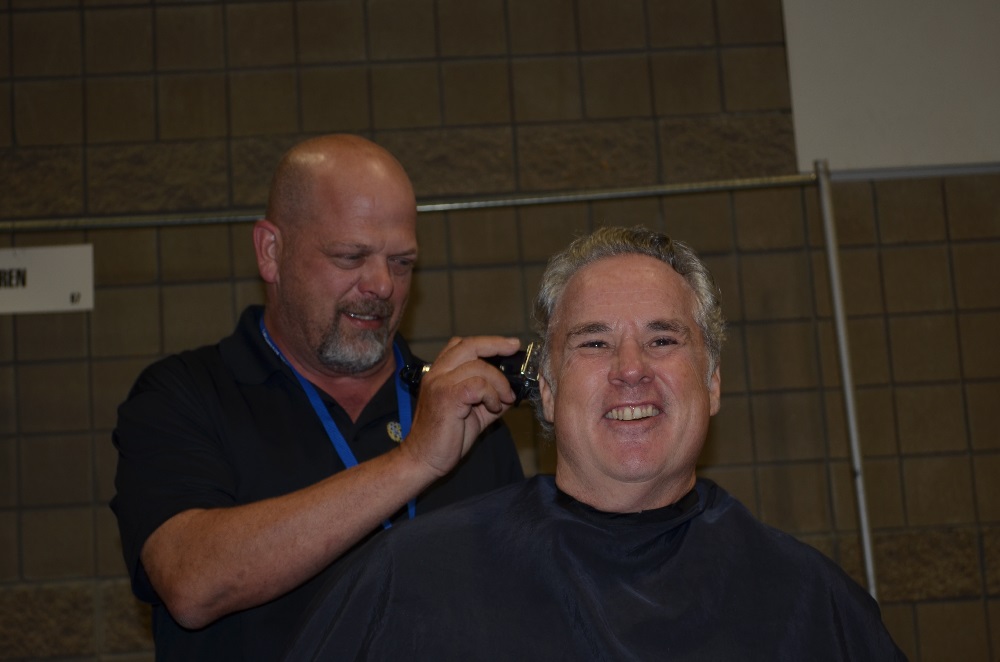 Pawn Stars celebrity Rick Harrison makes the first pass of the electric cutter as NGC vice president Miles Standish gets his head shaved at the World’s Fair of Money in Denver, Colorado, August 3, 2017, to raise money for the Austin-based Standish Foundation for Child & Family Centered Healthcare and the American Numismatic Association.

A silent auction of a half dozen plaster sculptures by John Mercanti, who served as the 12th Chief Engraver of the United States Mint, also helped raise funds for the Standish Foundation and the ANA.

Miles’s wife, Andrea Mangione Standish, a certified child life specialist, launched the Austin, Texas–based foundation in 2010.  The foundation assists healthcare providers around the world to provide the tools and training they need to minimize healthcare-related pain and suffering in children.

“The mission of the foundation is to have happy, healthy, resilient kids who haven’t been traumatized by healthcare experiences. This event was to help children get better care and to help an important hobby organization dear to me and to so many others, the American Numismatic Association,” he explained.

The 25,000-member American Numismatic Association, based in Colorado Springs, Colorado, is dedicated to educating and encouraging people to study and collect coins and related items.  The ANA serves the academic community, collectors, and the general public.

A native of Michigan, Standish began collecting in 1973 at the age of nine.  In 2011, he was honored with the “Director’s Coin for Excellence” by then-director of the United States Mint Edmund Moy.