Lansing, Michigan coin dealer Patrick A. Heller was surprised at the Michigan State Numismatic Society (MSNS) Awards Ceremony held on November 27 in Dearborn when he was honored with the rarely bestowed MSNS President’s Award.  The award states that it was given “For outstanding contributions to Numismatics and Michigan in particular.” 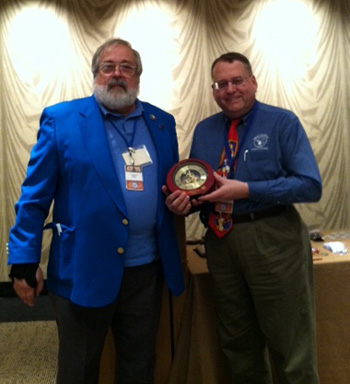 “I appreciate the recognition of the time, talent, and financial support I have been able to provide to MSNS over the years,” said Heller. “It would not be possible for me to have offered my services without the support of my deeply experienced professional staff.  They deserve this honor along with me.  Their efforts made it possible for me to chair MSNS committees, lead the effort that won the sales and use tax exemption on the retail sales of precious metals and rare coins in Michigan, and sponsor MSNS Young Numismatist activities.” 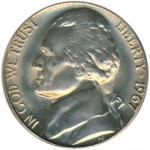 The Michigan State Numismatic Society, founded in 1956, is a non-profit organization that supports members and the general public in the study and collecting of rare coins, paper money, and related items.  One of MSNS’s early projects was to persuade the US Mint to modify the design of the Jefferson Nickel in 1966 to add the initials of coin designer Felix Schlag (who lived and is buried in Owosso, Michigan) to the bottom edge of Jefferson’s neck.

Liberty Coin Service, in the Bank of America and Clippert Buildings in the Frandor Shopping Center in Lansing, was established in 1971.  It is Michigan’s largest rare coins and precious metals bullion dealership.  Owner Patrick A. Heller also owns Premier Coins & Collectibles on Lansing’s west side.