The Royal Canadian Mint have announced the issue of a new 50 cent coin which marks the year of the Pan American and Parapan Games which are hosted in the Canadian city of Toronto. From the 10th to the 26th July, athletes from all over the Americas – north, central, south, and the Caribbean will compete for two weeks in forty eight different sports from Archery to football, boxing to swimming, and everything in between with athletes from 41 countries participating. More than 7,500 athletes in total will compete for gold, silver and bronze medals and with the closing ceremonies scheduled on the 26th July, the Parapan games, exclusively for athletes with physical disabilities will be inaugurated on the 7th August and conclude on the 15th August. 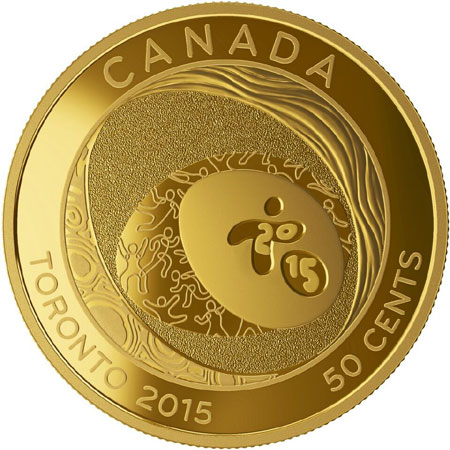 Designed by Royal Canadian artist Christi Belcourt, the reverse motif of the coin is a replica of the competition medals to be awarded for gold performances at the TORONTO 2015 Pan Am/Parapan Am Games. The engraving is enhanced by a stunning combination of reliefs, while artistry and storytelling are brought together through symbolic elements that represent both the natural world and the spirit of the Games. Three irregular shapes represent the participating nations from North America, South America, Central America and the Caribbean, and are layered in a way that resembles the steps of the medal podium. The curved nature of these shapes take their inspiration from the TORONTO 2015 logo and reference the open, accessible nature of the Host City. A pictogram is featured on the middle shape reference the Games’ official motto—United We Play! 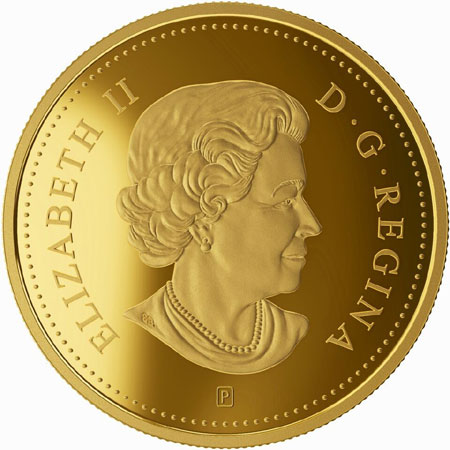 The obverse includes the effigy of HM Queen Elizabeth II as designed by Susanna Blunt and used on all circulation and many commemorative coins since 2003.

The gold-plated coin is the first of three TORONTO 2015 Pan American and Parapan Am Games coins. A silver colored and bronze colored coin will also be issued in this three-coin set. The Pan American and Parapan Games are held every four years, in the year preceding the Olympic and Paralympic Summer Games. They have been held twice before in Canada, in 1967 and 1999, both times in Winnipeg, Manitoba. TORONTO 2015—the “People’s Games”—emphasize accessibility and the coming together of 41 countries and territories through the power of sport and culture. The Royal Canadian Mint have also announced they have designed and produced the unique gold, silver and bronze medals to be awarded to the winning athletes and para-athletes of the TORONTO 2015 Pan American and Parapan Games.