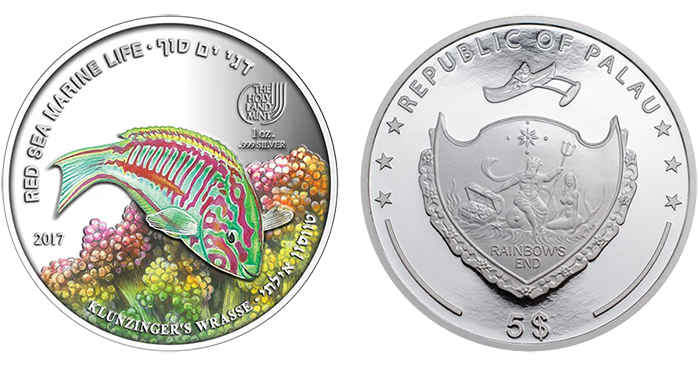 The government and treasury of the Republic of Palau have issued (14th February) their sixth coin in the popular and sought-after “Red Sea Marine Life” coin series, which highlights the many extraordinary inhabitants of one of the most diverse and unique bodies of water in the world. The final coin focuses on the Klunzinger’s wrasse, or to refer to it by the Latin species name, Thalassoma rueppellii.

Those who encounter this inquisitive fish while deep-sea diving often comment that it is an encounter not easily forgotten. They display behaviour that suggests the Klunzinger’s wrasse are as interested in the divers as the divers are in them—if you chance upon one, you are advised to take full advantage of the opportunity. They are easily identified by their colour patterns, with the juvenile and adult phases all being quite similar. The only difference may be in a secondary male stage where the wrasse will have dark fringes on the fins. This specific species is only found in the Red Sea and grow to about 20 centimetres (8 inches) in length, with every colourful space being covered in purple, green, or neon-bright stripes. Due to their outstanding beauty, they are a favourite fish for aquariums and are considered somewhat easy to maintain. With proper care, they enjoy a relatively long life. In their natural habitat, they are found in groups of females with only a few males, which are much larger, in attendance. They are found in coral-rich lagoons, reef flats, and upper reef slopes. It is recommended to replicate these nooks and crannies if they are introduced to aquariums, since, when frightened, the Klunzinger’s wrasse will take to hiding in the rock work, or simply bury itself in the sand. Whether in the wild or in captivity, they feed on hard-shell invertebrates, small crustaceans, and zooplankton. 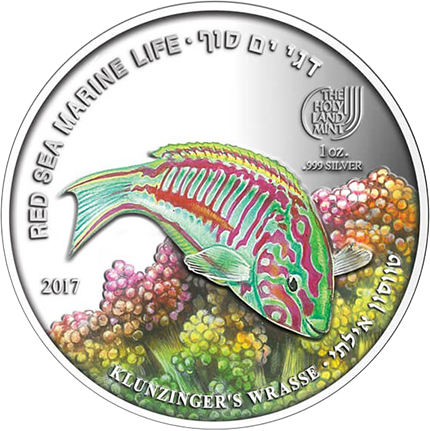 The coin is produced by the Israel Coins and Medals Corporation (ICMC) on behalf of the government and treasury of the Republic of Palau and is designed by Meir Eshel. The obverse design includes a colour application that perfectly captures the immensely colourful Klunzinger’s wrasse in its habitat, with the neon stripes vivid against the subtle colours of the coral. The inscriptions RED SEA MARINE LIFE and KLUNZINGER’S WRASSE are placed around the primary design in both English and Hebrew lettering, along with the year of issue, 2017. 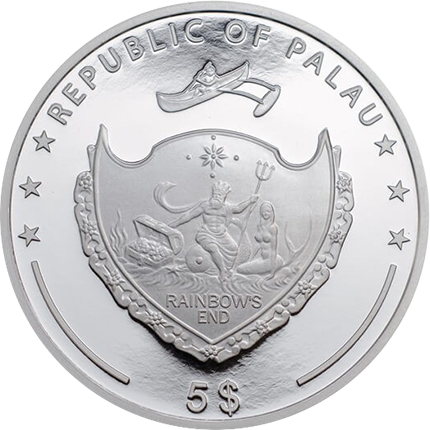 The reverse includes the crest or coat of arms of the Republic of Palau, along with the coin’s denomination, 5$ (New Zealand 5 dollars).

The issue of the sixth coin is also the second coin dated 2017; it is expected that two more coins in the series will be issued intermittently during the year. The other coins in the “Red Sea Marine Life” coin series are currently available in sets of three coins each. The sets are available in custom presentation cases with certificates of authenticity. The latest coin is also available separately. For more information on this and other coins issued by the Republic of Palau, please visit the website of the Israel Coins and Medals Corporation (ICMC). 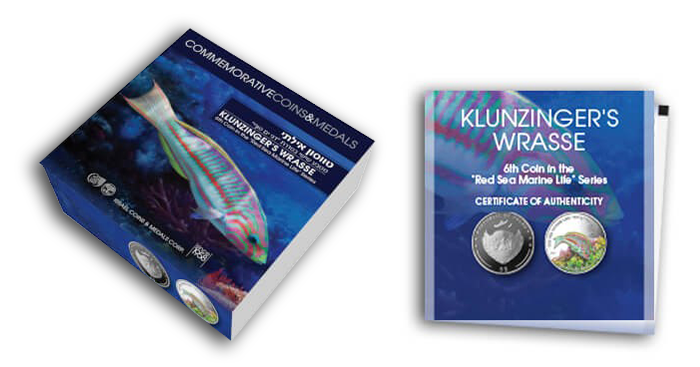