The Oregon Trail Memorial Commemorative Half Dollar is one of the most extensively produced classic commemorative half dollar issues of the United States Mint. Authorized by the Act of May 17, 1926, a total of six million pieces were authorized for production and sale, a huge number that was unprecedented up to that point. Initially struck by the Philadelphia Mint in 1926, production would take place at all three mints (Philadelphia, Denver and San Francisco) for various years through to 1939. This resulted in a total of fourteen different date and mint mark combinations for this single half dollar design.

The Oregon Trail Memorial Association, Inc. had petitioned Congress to release a commemorative half dollar to honor the pioneers of the Oregon Trail, the major wagon route to the West Coast up to the 1860s. President of this corporation was Ezra Meeker, an Ohio born pioneer who had traveled to Oregon on the trail with his young family in 1852. After he had been a successful farmer and less successful businessman, Meeker would spend the last twenty years of his life promoting the Oregon Trail to the American Public. His activities included traversing the trail of his youth with horse and wagon, in a car, and even in an open airplane (when he was 94 years old), with him planting markers and holding speeches along the way to memorize the trail.

The design of the Oregon Trail Half Dollar has been heralded as one of the most interesting and perhaps most appealing of all early commemoratives. The design was a unique collaboration between James Earle Fraser and his wife, Laura Gardin Fraser, both of whom had been responsible for numerous coinage designs. The obverse (there is some disagreement as to what was exactly meant to be the obverse and the reverse, but we will go with standard numismatic practice) was designed by Laura Gardin Fraser and featured a standing Native American of an undefined tribe with a bow in his right hand and his left hand outstretched before him. To the left and right of him, at waist level, is UNITED STATES OF AMERICA, while the denomination is near the bottom, as HALF DOLLAR. In the background a basic outline of the North American continent is present.

The reverse was designed by James Earle Fraser, featuring a Conestoga wagon drawn by two oxen. The wagon is heading towards the setting sun, indicating it is traveling westward. One man is walking next to the oxen while we can see a smaller figure inside the wagon. The ground is somewhat curved, and below this we see OREGON TRAIL MEMORIAL and a total of five stars directly under that. Near the bottom is the date, while IN GOD WE TRUST is found near the top. This design remained unchanged throughout production of this commemorative coin. 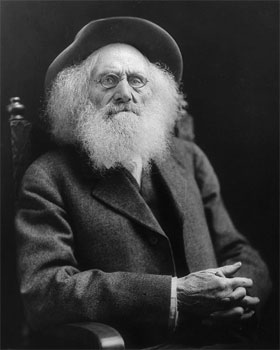 When Meeker petitioned Congress to issue a commemorative half dollar for the trail he loved so dearly, there had already been a plethora of commemorative coins issued, struck by both the Philadelphia and San Francisco Mints. But the Oregon Trail Memorial Half Dollars would set the trend for the next few decades. When the six million pieces were authorized by Congress, no limits were placed on the period the issue could be struck by the Mint and sold by the Oregon Trail Memorial Association and others. This would lead to an interesting situation where the last issue with the same design would not be struck until 1939.

The first issue, as planned, was struck at the Philadelphia Mint in 1926 and had a total mintage of 47,925 pieces, all of which sold relatively quickly by the Oregon Trail Memorial Association for one dollar apiece. That same year 100,000 pieces were struck at the San Francisco Mint following the request of the Association. It seemed, however, the requests for orders had been fulfilled and the coins remained in storage at the San Francisco Mint throughout 1927, during which time no additional coins were struck at either Mint, despite requests for additional dates by the Memorial Association. The next year, however, it seems that the Mint gave in to requests to produce more of the coins, and 50,000 pieces dated 1928 were struck at the Philadelphia Mint. By then, as it would turn out, greed had begun to set in and the end was nowhere yet in sight.

It seems that greed was the Association’s only motive for requesting additional coins, as sales had virtually stopped after the first 1926 issue. The Treasury still had the 1926-S and 1928 issues at hand, with virtually no pieces distributed by the association until 1933, by melting 17,000 of the 1926-S issues that were still in storage and issuing 6,000 of the 1928 issue, with the remaining 44,000 pieces of that issue melted as well. The melting of the latter was the suggestion of noted numismatist Wayte Raymond, who had become involved with the coins through the Scott Stamp & Coin Company, which had become responsible for distributing the remaining pieces still in storage. This, however, would not mean to be the end of the issues.

The Century of Progress exposition was being held in Chicago in 1933, and Scott Company saw an opportunity to sell more of the Oregon Trail Memorial Half Dollars. To commemorate the exposition the company marketed and sold both the remaining 6,000 1928 coins as well as 5,000 of a new 1933 issue struck at the Denver Mint. The 1933-D Oregon Trail Commemorative Half Dollar was the first commemorative coin struck at the Denver Mint. Both issues were sold at a heavy premium for $2 apiece, although the price of the 1933-D was later lowered to $1.50 a piece.

Through a marketing campaign which involved giving different names to each different issue, Oregon Trail Half Dollars were struck the next few years as well. The 1934-D issue (mintage 7,000), 1936 (mintage 10,000) and 1936-S (mintage 5,000) were marketed and sold by Scott Company before their arrangement with the Memorial Association ended, and some of the 1936 and 1936-S were also sold by the Memorial Association, initially for $2 apiece but later reduced to $1.60. The latter would also be responsible for the sale of all subsequent issues. These included the 1937-D (mintage 12,000 sold for $1.60 a coin) as well as three piece sets (containing Philadelphia, Denver and San Francisco issues) of the 1938 (mintage 6,000 sets sold for $6.25 a set) and 1939 (mintage 3,000 sets sold for $7.50 a set) dated coins. Numismatic interest, as can be discerned by the mintages was very low at this point, and eventually production ceased. This did not happen, however, until Congress stepped in and halted production after several hearings on the issue in August of 1939.

Because the later issues were virtually all purchased by collectors, high-grade examples of most issues are relatively available and remain popular. The 1938 and 1939 three piece sets were distributed in cardboard holders containing sulfur, and many spectacular toned pieces have survived of those dates. Earlier dates often also come toned, and high-quality gems exist of every issue while remaining relatively affordable. The low mintages of the later issues have some impact on popularity, as a production number of just four digits certainly appeals to collectors, but all issues can generally be found without too much hassle. The Oregon Trail Commemorative Half Dollar “series” has an interesting story which would be repeated in later years, and would eventually lead to the end of the classic commemorative series in 1952.