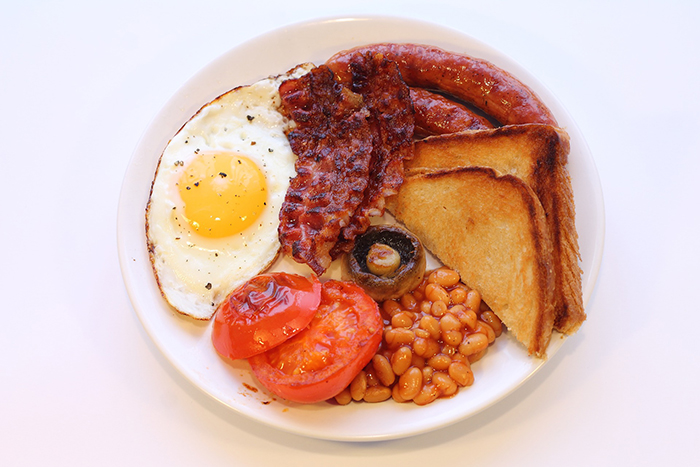 The reverse design of the United Kingdom’s new £1 coin, which features botanical symbols of England, Wales, Scotland, and Ireland united within a diadem, was obtained through a public competition. Created by 15-year-old David Pearce, of Walsall, England, the design competed with thousands of entries depicting “cups of tea, flags, maps, the weather, famous writers, and seaside piers.” While American readers may be familiar with many of these concepts—and with the idea of public coin-design competitions in general—many will be surprised to know that one of the most popular emblems involved . . . breakfast.

In the United States, one would be hard pressed to pin down a “typical” American breakfast. Bacon and eggs? Oatmeal and berries? A cereal bar? But a resident of the U.K. is likely to imagine a “full English” or “fry-up”: a tremendously hearty meal of fried eggs, sausage and/or bacon, mushrooms, baked beans, fried tomato halves, toast, and white (or black) pudding—a meat-and-grain sausage that is cousin to American dishes like souse, scrapple, and goetta. 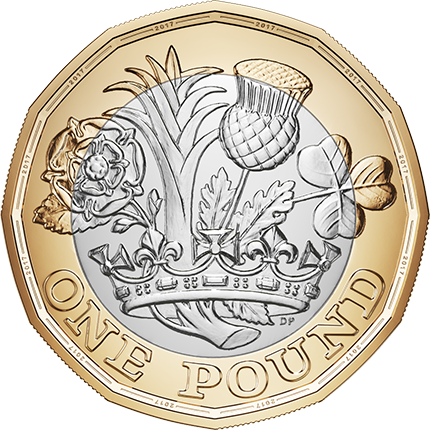 The chosen design for the new U.K. pound coin. (Photo courtesy of the Royal Mint)

When the Royal Mint invited the British public to submit design ideas in September 2014, the instructions were simple. An appropriate design “will have a similarly British flavour, as budding designers are being asked to suggest designs that show what Britain, or ‘Britishness’ means, drawing on all of the qualities and quirks that make our nation unique.” Although the full English breakfast meets those criteria, in the end, the Royal Mint opted to go with Pearce’s design, which not only was a bit more dignified, but referenced each member of the United Kingdom specifically: England (the rose), Wales (the leek), Scotland (the thistle), and Ireland (the shamrock), along with the U.K. as a whole (the diadem).   ❑