The Royal Mint on behalf of the Treasury of Alderney have announced the issue (28th April) of limited mintage of one kilogram commemorative coins. Struck both in gold and silver, they will mark the Royal Wedding of Britain’s Prince William to his fiancee Miss Catherine Middleton on the 29th April.

It is the first time in the Royal Mint’s 1,000 year history that kilo coins have been minted to celebrate a Royal Wedding day and thus making them amongst the most expensive, rare and exclusive coins for this auspicious occasion. The coins are also the first with these specifications to be issued from the treasury of Alderney.

Each kilo coin is 10 centimeters (100 mm) in diameter with a precious metal weight of 1000 grams. Produced individually and finished by hand, the Alderney gold coins have a face value of £1,000, with the silver coins carry a face value of 50 pounds. 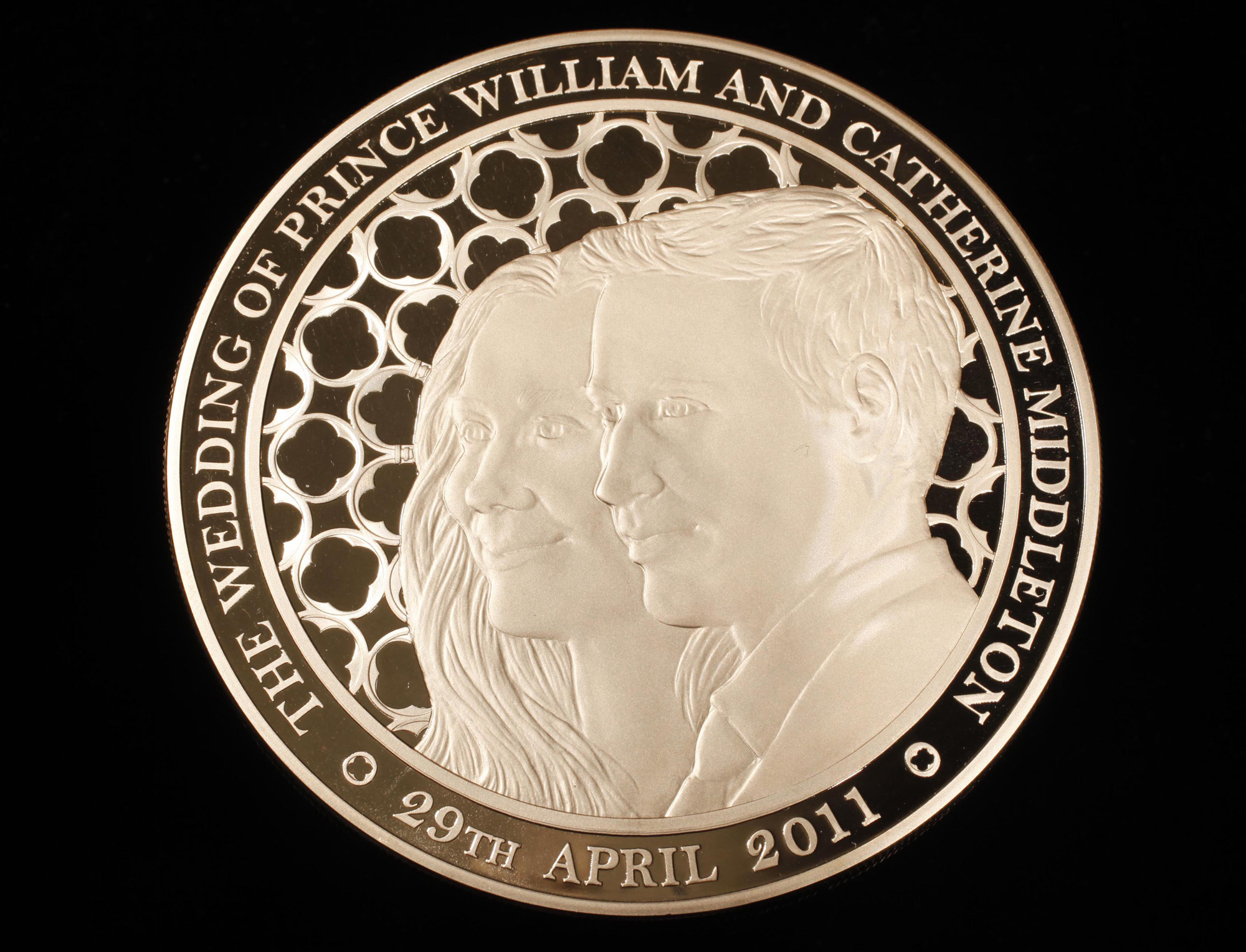 The reverse design, which is the work of Royal Mint engraver Gordon Summers depicts Prince William and the soon-to-be Princess Catherine in a formal portrait, seen side by side, with William in the foreground along with an intricate backdrop of Westminster Abbey’s famous Rose window. The text around the coin reads: “THE WEDDING OF PRINCE WILLIAM AND CATHERINE MIDDLETON” with the date, “29TH APRIL 2011” underneath the portraits.

The obverse, which shows the Ian Rank-Broadley effigy of HM Queen Elizabeth II, also includes the coin’s denomination, 1000 pounds for the gold, fifty pounds for the silver. Each coin is struck to a proof quality and with very limited numbers for both denominations, 40 pieces in total for the gold version and 200 examples of the silver version. The coins will be made available to interested collectors on a first come, first served basis.

For more information on the Alderney Wedding Kilo coins, please visit the website of the Royal Mint at: www.royalmint.com/wedding 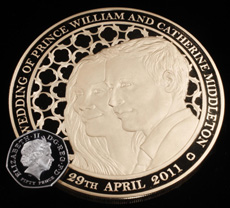