On 22nd November, The Royal Mint launched their first ever One Kilogram in weight coins in celebration the next Summer Olympiad which is to be hosted in London from July 2012. The weight of one kilogram (1000 grams) is the first of their kind ever produced by the Royal Mint. With their own Metropolitan London Police escort, the coins were unveiled amongst the splendid surroundings of the Royal Academy of Art in central London to an auditorium of journalists and art critics who gave their tacit nod of approval to the two medallic works from two of the country’s most eminent artists with longstanding ties to the Royal Academy and with respected and international reputations for excellence and innovation. This project is also the first collaboration between the Royal Mint and the Royal Academy of Art as both artists are themselves members of the Academy. 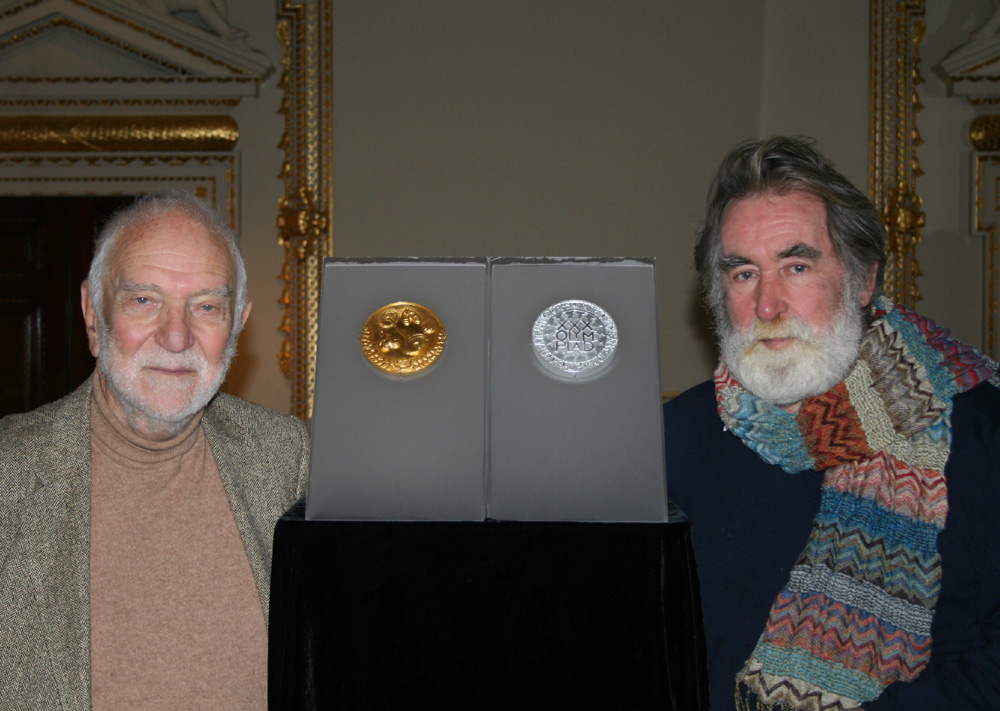 Sir Anthony Caro, designer of the gold example, expressed his delight at having been approached to undertake such an important task and explained his interpretation of his design and the significance it had to the modern games. Depicting sports equipment used for weight-lifting, boxing, football and athletics, the group of objects are framed by a laurel wreath with the “London 2012” logo placed just above the crossed stems of the sprigs of laurel. Sir Anthony described his own design as something more of a sculptural medal design rather than that of a traditional coin. The Royal Mint also confirmed that due to the intricate aspects of this unique design, a special press along with a different technique was used to obtain the highest relief possible and never seen previously on an actual coin. 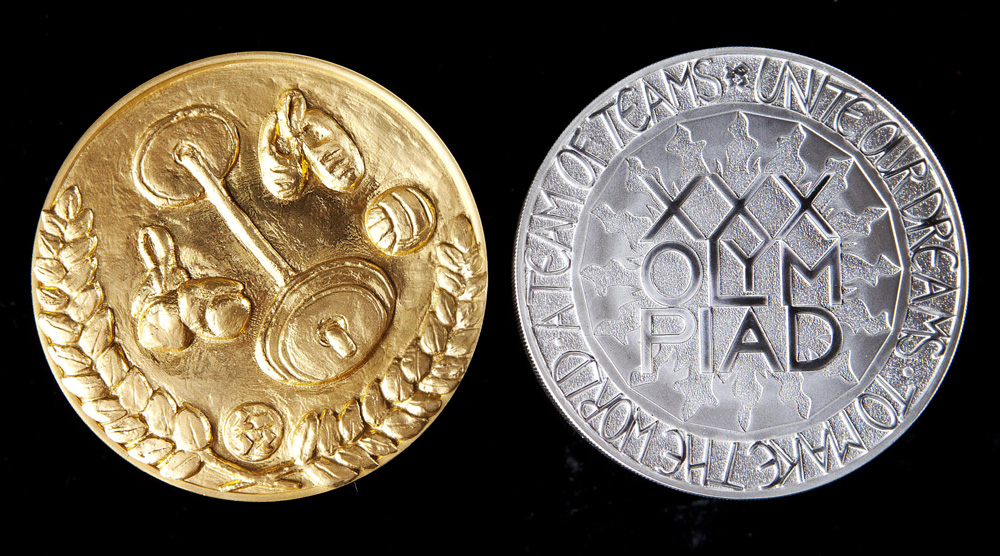 Tom Phillips, artist, composer and writer, with previous experience in designing coinage for the UK was chosen for the silver coin. Tom has made use of style-lettering the main theme and focus of the primary design. The artist commented that it was his intention to add something special to the design by including a phrase “UNITE OUR DREAMS TO MAKE THE WORLD A TEAM OF TEAMS”. This portion of the design provides the legend encircling the central motif which includes a circle of pennants which also serves to remind us of the Olympic flame. The silver coin is substantially thicker than its gold counter-part with a reeded edge and is struck to a proof quality. 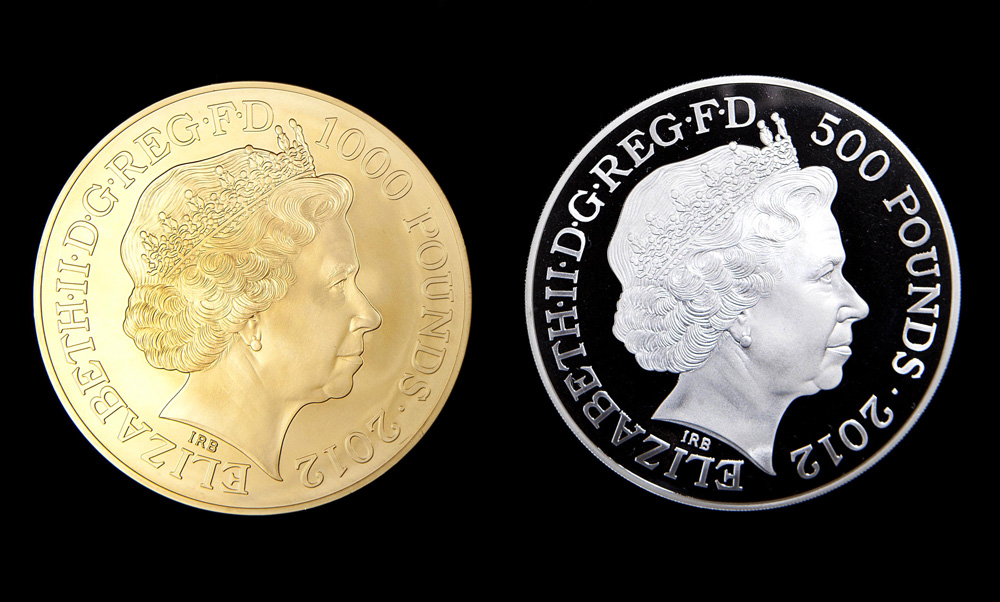 The two coins, which took an act of Parliament in order to give them legal tender status was itself only finalized just weeks before the striking date and are now the largest legal tender coins in terms of both their face value and size, issued by the Treasury of the United Kingdom. The obverse of the coin includes the well-known effigy of H.M. Queen Elizabeth II sculpted by Ian Rank-Broadley along with the face value and year of issue, 2012. The gold version carries a face value of 1000 pounds while the silver example has a face value and 500 pounds. Both coins have a diameter of 100 mm. With just 60 examples of the gold matte-proof coin, they are also one of the rarest in modern British issues.

For more information on these rare and extraordinary pieces of Olympic & numismatic history, please visit the website of the Royal Mint at: http://www.royalmint.com/olympicgames/London-2012-kilo-coins.aspx