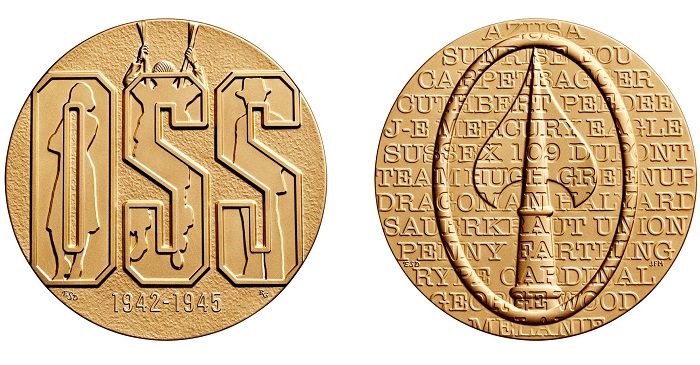 Washington — The members of the Office of Strategic Services (OSS) received a Congressional Gold Medal yesterday during a ceremony in Emancipation Hall of the U.S. Capitol. The medal, conferred collectively, recognizes the members of the OSS for their superior service and major contributions during World War II.

The OSS was America’s first effort to implement a system of strategic intelligence during World War II and provided the basis for the modern-day American intelligence and special operations communities. Present day Special Operations Forces trace their lineage to the OSS. The CIA, the Navy SEALs, the Army Special Forces, and the Air Force Special Operations Command all have their precursors in the OSS. The U.S. Department of State’s Bureau of Intelligence and Research also traces its creation to the OSS Research and Analysis Branch.

The OSS was composed of both military personnel and civilians. Women comprised more than one-third of the OSS personnel. Many of America’s leading scientists and scholars served in the OSS. The OSS organized, trained, supplied, and fought with resistance organizations throughout Europe and Asia. They conducted covert operations and reconnaissance; pioneered new technology, including the Lambertsen Amphibious Respiratory Unit (LARU), which was the precursor to current SCUBA technology; and developed innovative counterintelligence actions that provided vital information during World War II. 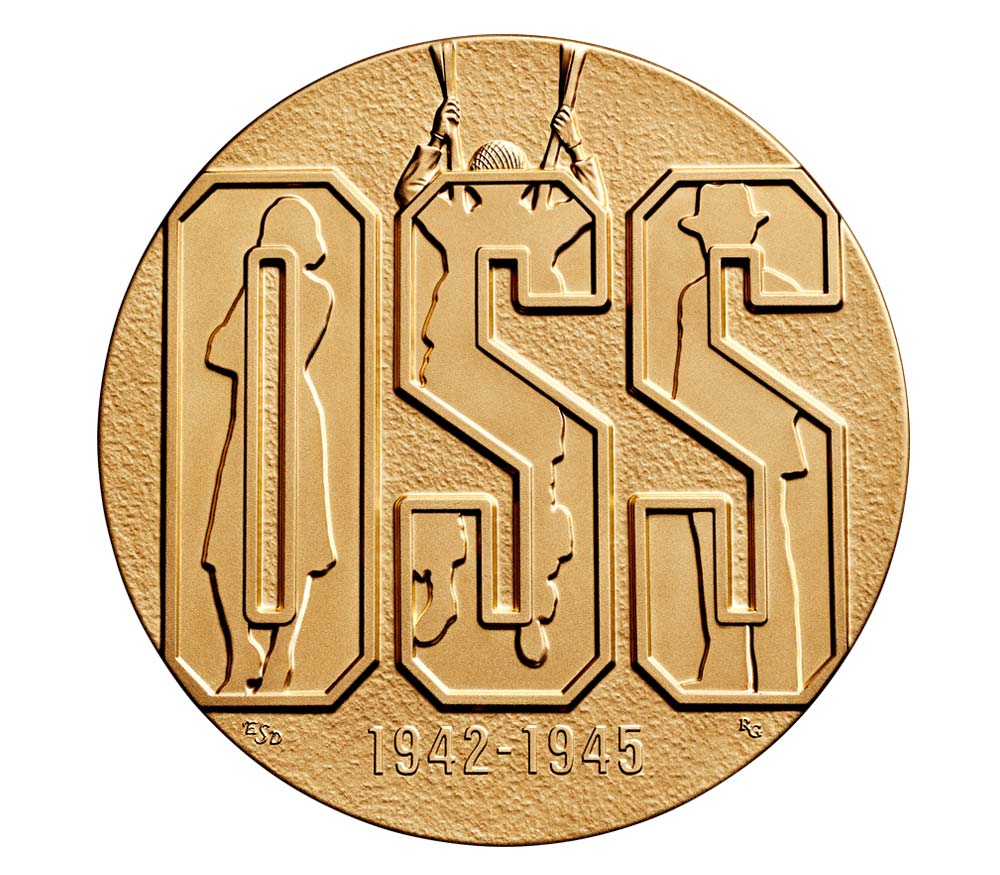 The United States Mint sculpted and manufactured the Office of Strategic Services Congressional Gold Medal. Its obverse (heads) features the inscription OSS revealing three figures — a woman, a paratrooper, and a man in a suit — that represent the broad range of work undertaken by the OSS. Each figure is rendered as a shape without details, hinting at the way OSS agents sought to operate anonymously. The diversity in the OSS is also reflected by the figures, conveying that OSS members were men and women, civilian and military. The design also features the dates 1942-1945, the years during which the OSS operated. United States Mint Artistic Infusion Program (AIP) artist Emily Damstra created the design, which United States Mint Sculptor-Engraver Renata Gordon sculpted. 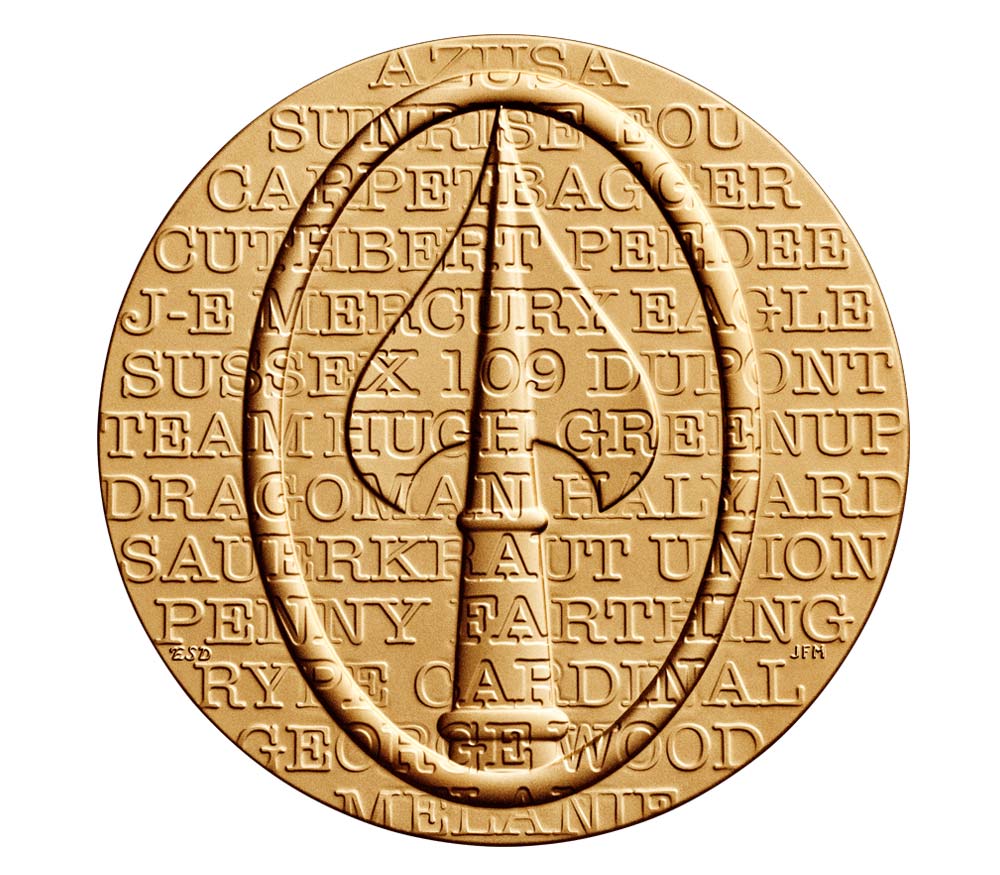 About the United States Mint
Congress created the United States Mint in 1792 and the Mint became part of the Department of the Treasury in 1873. As the Nation’s sole manufacturer of legal tender coinage, the Mint is responsible for producing circulating coinage for the Nation to conduct its trade and commerce. The Mint also produces numismatic products, including Proof, Uncirculated, and commemorative coins; Congressional Gold Medals; silver and bronze medals, and silver and gold bullion coins. Its numismatic programs are self-sustaining and operate at no cost to taxpayers.