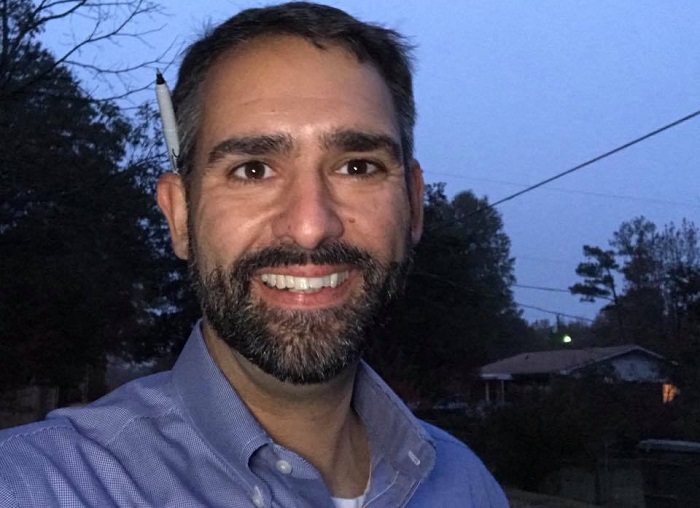 It’s Election Day and tensions run high for the 2018 mid-term. In the midst of the political mayhem, coin collectors and numismatic enthusiasts should be turning their eyes to the race for the South Carolina House, where noted numismatic researcher John Kraljevich has been running to represent the 26th District. After winning the Democratic Party’s primary election on June 12, 2018, Kraljevich competes against Republican incumbent R. Raye Felder in the general election. Kraljevich’s platform emphasizes his support for local schools, small businesses, and reducing the influence of special interests and lobbying on the American political system. He is also in favor of reaching across the aisle to find common ground on the issues.

Kraljevich is respected in the numismatic community for his many contributions to the hobby, particularly when it comes to historical medals, rare Americana, and the auction catalogs he is associated with. These include the Eliasberg Collection of World Gold Coins, the Roehrs Collection of Regulated Gold, and the LaRiviere Collection of Betts and Indian Peace Medals. He is also an annual contributor to A Guide Book of United States Coins (also known as the “Red Book”). His contributions extend to a myriad of other reference books, including the 100 Greatest American Medals and Tokens by Q. David Bowers and Katherine Jaeger, and Early Paper Money of America by the late Eric P. Newman. Furthermore, Kraljevich was the youngest person ever elected into the Rittenhouse Society and was also similarly recognized with an Outstanding Young Numismatist of the Year award. He is a regular contributor to The Numismatist and Coin World.

Regarding his entry into state politics, “JK” (as he’s known within the hobby) said Monday night:

Since June 1, this campaign has reached 10,000 people at doors all over this district. Big houses and small, new neighborhoods and old ones, newly registered 18-year-olds and more than one person over 100. Most of them had never had a candidate visit their door before. Most politicians crave a seat on the dais, a reception with a lobbyist, or a photo op with the governor. I will miss this: the chance to make more use of my two ears than my one mouth, to hear from people of all walks of life, to walk the streets of this town and learn something as I do. The sun has now set on my last day of going door to door. My shoes are worn out. I head home to my family exhausted, humbled, and above all else, grateful. Thank you, Fort Mill, for sharing your abundant wisdom with me.